December 8th, 2020 sadly marks 40 years since the passing of the legendary John Lennon. To pay tribute to one of rock’s all-time great artists, I have assembled a new book, entitled John Winston Ono Lennon – comprised of interviews with a variety of musicians and other notable figures who either worked alongside the Beatle…or were affected by his music and/or message. And fans of heavy metal/hard rock will most certainly be familiar with quite a few of the artists interviewed – including the gentlemen below, in exclusive excerpts from the book. To order a copy of John Winston Ono Lennon, click here.

IAN GILLAN [Deep Purple singer]:  “Well, let’s not think of technicality speaking [as a singer] – let’s just think about vocal expression from an individual. John Lennon was John Lennon. So many people are not themselves in the early days – they become themselves in their careers as they find their voice. John was John right from the beginning – and that was down to his personality, his character, and his gregarious nature. The fact that he took on more of the influences and went with them in the face of opinion from his peers or from the public drew immense admiration from me. I thought his character was the making of the Beatles. And the reason for that is because of the tone of the blend with McCartney – so that nothing stands alone. But when I heard his lead vocal on ‘Twist and Shout’ – which was the first time he really let rip – then I thought, ‘He’s the man.’ And he had a great sense of humor. He was sometimes crude – but always listenable.”

BUN E. CARLOS [ex-Cheap Trick drummer]:  “I heard about the show about six months beforehand, and I ordered six tickets from Triangle Productions. And they came about four or five months later. It was at Comiskey Park [on August 20, 1965], and four of them were front row and two of them were right behind – like box sets, on the first base line. And my dad took us into the show. The stage was out by second base, and they had about six or eight columns for a PA. Brenda Holloway, Cannibal & the Headhunters, and Sounds Incorporated were the openings bands. When Cannibal & the Headhunters came on, I remember people thought it was the Beatles – because they all had matching jackets on. The place went nuts. They weren’t, of course. Brenda Holloway did ‘Every Little Bit Hurts’ – I remember I’d heard that song before. And then the politician [Richard J.] Daley got up and talked. Then there was a riser and a drum set was on it – it said ‘Sounds Incorporated’ on the bass drum head. Then everybody leaves the stage, and some roadie guy just walks up to the riser, reaches up to the bass drum head that says Sounds Incorporated, and tears it off like it’s a piece of paper – and underneath it, it says, ‘The Beatles.’ And the fuckin’ place went nuts. It was the coolest thing ever. And they come running out of the third base dugout. It was just white noise. And then they got up and did their show. I wrote the songs down – it was the usual set for 1965. I remember in the middle of ‘Ticket to Ride,’ John or someone waved and everybody screamed – and it drowned out the band. The only thing I could hear were the hi-hats. That was the day it dawned on me, ‘The hi-hats are the loudest thing on the kit.’ It went by – boom, boom, boom – like that. I had my dad’s camera and took some pictures of these tiny little guys way out on second base. It was great – it was a good show. You could tell those were the guys that were playing on the record – even what you could barely hear half the time.”

MIKE PORTNOY [ex-Dream Theater drummer]:  “My favorite John period is ‘66/‘67. If you look at his run from ‘Tomorrow Never Knows,’ ‘I Am The Walrus,’ ‘Strawberry Fields,’ ‘Lucy In The Sky With Diamonds,’ and ‘Being For The Benefit Of Mr. Kite,’ that five song run right there are just absolute sonic masterpieces. ‘Tomorrow Never Knows’ was this first real trippy song and experimental song, and from there, ‘Strawberry Fields,’ ‘Walrus,’ and ‘Lucy,’ every one of those is a master class in recording techniques and sonic experimentation and lyrical experimentation. So, for me, that run right there was my favorite. And before then came stuff like ‘In My Life,’ which is just so perfect. And then a little bit after that period, you had stuff like ‘Happiness Is A Warm Gun’ – which is so great. I even love ‘Dig A Pony’ from Let It Be, and ‘Across The Universe.’ There’s just so many. The list goes on and on. I love the first two post-Beatles solo albums – Plastic Ono Band and Imagine. Both of those albums – to me – are masterpieces. Looking at the Plastic Ono Band album, opening the album with ‘Mother,’ which was just so heartfelt, and then closing the album with ‘God.’ The lyrics to ‘God’ are unbelievable, and so brave. What a ‘fuck you’ to the Beatles fans, really, and only John could get away with something so cynical and jaded as that – ending his first solo album with, ‘I don’t believe in Beatles, I just believe in me.’ That is so brave to come out with something like that. And then on the Imagine album, I loved the two really hateful/spiteful songs on that album – which was ‘How Do You Sleep?’, which was really a scathing jab at Paul McCartney, and ‘Gimme Some Truth.’ And I love the drumming on those songs, too – Alan White, who would go on to play with Yes, he plays on the Imagine album, and he played on the Live Peace in Toronto 1969 album. And looking later, there’s some great stuff – when he came out with Double Fantasy just before he passed away, that was the ultimate comeback album.”

TY TABOR [King’s X guitarist/singer]:  “I think John’s biggest influence outside of music was political. He was a big stinking sore thumb to the American government with the cause of peace. This was a direct affront to Nixon. He was anti-war. That meant anti-Vietnam. They tried to keep him out of the country by means that were later discovered to be improper. Of course, John eventually won that legal battle. But to have the American government target you as a dissenter and try to bring you down, tap your phones with no good cause, just because you stand for peace, says a lot. By the way, I believe that John found out about winning his case while preparing to leave for the hospital for Sean’s birth. It was a good day.” 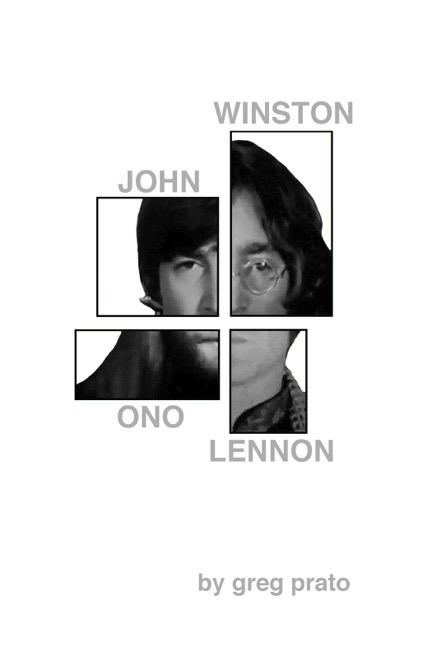 DONNIE VIE [ex-Enuff Z’Nuff singer/guitarist]:  “Other bands influenced by the Beatles I would say are definitely Squeeze, Cheap Trick, Elvis Costello, Oasis, Jellyfish, King’s X...Paul Gilbert is even very influenced by the Beatles. You wouldn’t know by his playing, but a lot of artists are. Steven Tyler is a huge Beatles fan. Led Zeppelin were huge Beatles fans. A lot of people love the Beatles – it’s just whether you’re able to pull it off or not, and be brave enough to wear that on your sleeve. Jani Lane from Warrant was a good friend of mine, and I remember being on tour with them one time, and he brought a CD of stuff he did aside from Warrant, and it was very Beatle-esque. All the harmonies – the same thing I was doing. I was like, ‘Jani, this is great!’ He goes, ‘Yeah, well, there’s a difference between, ‘Do you want to make money or do you want to be an artist?’.’ Right up until the day he died, he couldn’t stand his songs. He was embarrassed by some of his songs – ‘Cherry Pie’ and all that stuff. People calling him up to guest star, and he has to sing those songs. He hated it and he was miserable. And look at what happened to him eventually?”

BOB GRUEN [photographer]:  “That New York City shirt is a shirt that some guy had made, and sold them on the sidewalk – on a blanket in Times Square. It was not something I ever saw in the store. I don’t know who the guys were or where they made the shirts. But when I would see them in Times Square, I would often buy one or two. After I got the first one, I really liked the graphics of it, so whenever I would see them, I would get a couple more. So, I ended up having about five or six of them. And I’d get a couple for friends – my agent, I gave one to. And one night, I was on my way to the Record Plant Studio, which was a block away from Times Square, and I saw the guy selling them. I thought, ‘I’ll get one for John,’ and I bought one and brought it over – that was in the summer of ‘73. So, a year later, in the summer of ‘74, when I was taking the pictures, I asked John if he still had that t-shirt. He said he did, and he knew right where it was. During that 18-month ‘lost weekend,’ he had been traveling around a lot, and staying at several different places. So, the fact that he had the shirt and he knew where it was and he could just go get it and put it on, I knew that he liked it. It was something that he kept with him during that crazy time. We then just took a series of pictures. We had no idea it was going to become as popular as it has. But it just worked out that way.”

ACE FREHLEY [ex-KISS guitarist]:  “[John’s death] was a complete shock. I think it was the first time a rock star of that notoriety had been assassinated. It made you think…because I’m a rock star – it could happen to me too, y’know? Maybe somebody is stalking me. So, we kind of beefed up security after that. But it was very sad news. It was really unfortunate what happened to John. He’s greatly missed by the rock ‘n’ roll community.”

MATT PINFIELD [DJ/VJ]:  “John was one of these guys that I think he had come to terms with himself before he passed away. I think he was in a good place in his life – he had gotten over all that crap that was happening with the US government and all the shit that Nixon was trying to cause him. And then once things settled down, he loved being a father and could actually spend time with his son, and loved his wife. He came to terms with everything. He was in a beautiful place – which makes it so tragic. I mean, it would be tragic under any circumstances – but his death is so tragic, because I think he finally found peace in his life.”