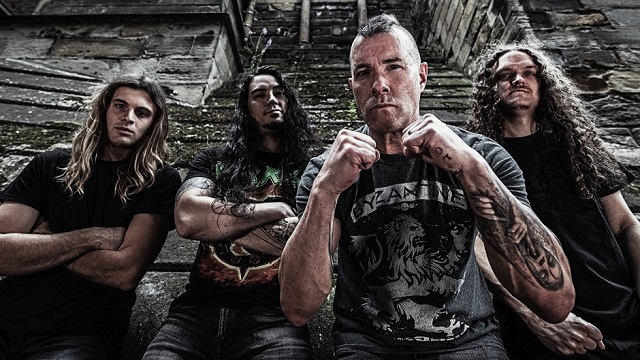 Like the vast majority of bands celebrating 25th and 30th Anniversaries, Canadian thrash legends Annihilator's earliest albums are considered go-to classics, never to be repeated or surpassed by the band. No argument there, as the timeless magic of Alice In Hell ('89) and Never, Neverland ('90) is equal to that of records like Master Of Puppets, Reign In Blood, Peace Sells... But Who's Buying?, Bonded By Blood and The Ultra-Violence, to name a few. Annihilator has had a checkered career over the course of 17 albums, which ultimately comes down to frontman / founder Jeff Waters and how he has chosen to pilot his metal machine, and with whom. There have been hits and misses over the years, too many line-up changes to count, some brilliant collaborations, and tours that probably should have been left on paper, but 2020 finds Annihilator the strongest they've been since 2001's Carnival Diablos era. New album Ballistic, Sadistic sees The Jeff Waters & Friends outfit channelling those first two Annihilator records in a big way, and while they remain untouchable it's a solid return to the aggression diehard fans have been demanding for almost three decades. We can credit Waters' move from Canada to the UK for forcing the issue, pulling out all the stops and causing him to unleash some unexpected unbridled fury.

"I never thought I would leave Canada for any reason," says Waters. "The only reason to leave Canada is for cancer treatments that aren't expensive and getting married (laughs). I met a woman a couple years ago, she had a couple younger kids, so it was clear that you either shake hands and move on or go for it, and because I travel a lot I figured I could make a move like that. I don't want to sound like a crybaby, but in order to go all in I had to sell everything to make the move; house, car, the studio I'd built and fought to keep afloat for years. It was a major life change. And I had to surrender my passport to UK immigration, which meant having to postpone the (For The Demented) tour for a year. All these things happened, and then I made it worse by thinking 'I can handle this...' but dealing with all those things in a short period of time and trying to make a record in a new home studio... I was setting myself up for a heart attack."

"I had to sell a half to two thirds of my studio gear because, yes, it might have worked on UK power and there are converters to change the power over, but you risk signal problems. Then I had to get new gear, there was a learning curve that I had to educate myself about quickly while holding to my recording deadline. These were ultimately good problems to have and I thought they would be easy to handle, but it was completely the opposite. I fucking crashed for about a year (laughs)."

Being forced to postpone the 2018 European tour gave Waters the opportunity to build and nurture a new personal life, as well as rebuild Watersound Studios. All of this had a profound effect on how Ballistic, Sadistic turned out, although Waters didn't see it at first.

It wasn't just an involuntary diet of piss and vinegar that pushed Ballistic, Sadistic's sound. Waters made the monumental (for him) decision to use touring drummer Fabio Alessandrini for the recordings. 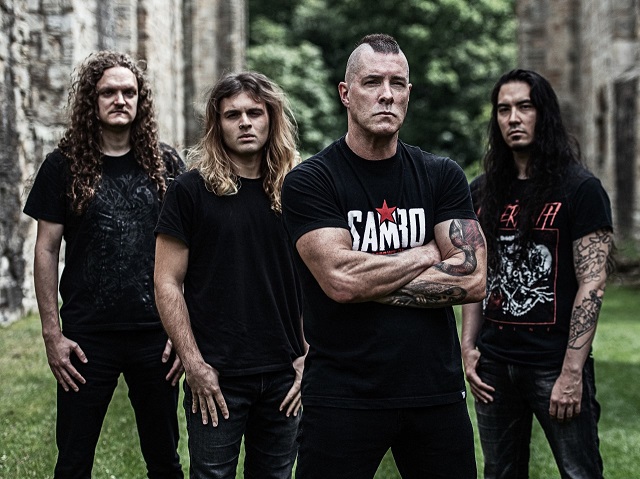 "I've used that Toontrack Superior Drummer software a lot, and it's one of the drum software programs out there that has saved me the great expense of $20,000 - $30,000 to get into proper studio to record with a proper engineer and a real drummer. Drums are the hardest thing to record properly. A lot of people don't have a clue that some of their favourite albums were done with drum software and not a real drummer. I have no problem admitting that I've used it. On the new album, though, I had some stuff to vent out, I had a newly built studio, and I was really driven to do it. Some people told me that if I wanted to level up, I had to get a real drummer to play on the record. I decided to take things one step further and said 'What if I get the drummer to write with me? Wait... did I just say that?' (laughs)."

"It made sense to use Fabio because two of his favourite drummers are former Annihilator drummers: Ray Hartman and Randy Black. He was surprised when I asked him to write the album with me, and I think he was shitting his pants a bit because he'd never had an opportunity to write a record before. So, we wrote together, he's got a credit on every single song, and I found out that having a flesh-and-blood drummer in the studio was missing from my recording routine."

Ballistic, Sadistic isn't without its detractors, of course. Some folks have been put off by some of Waters' lyrics, dubbing them schoolyard infantile, while others have taken him to task for seemingly rehashing previous Annihilator songs on the new record. Everyone has their own perception, but yeah, calling out "Lip Service" as a clone of "Knight Jumps Queen" from Set The World On Fire ('93) is understandable.

"'Knight Jumps Queen' originally came from an AC/DC drum and bass groove for me," Waters reveals. "The first time I toured with Testament, in 1989, I'd been a fan for a couple of years, and they had this song called 'Trial By Fire' with a drum and bass groove. I watched them play every night for 50 shows or something, and that song had a dominant vibe. What's the first thing I do when I get home? Write a song with a drum / bass groove, which became 'Knight Jumps Queen'. King Of The Kill ('94) was the #2 album only behind Bon Jovi in Japan on the main charts. That came out of nowhere. It was a song called '21' that did it, and you can trace that back to Testament's 'Trial By Fire' and AC/DC. There was another one like it on For The Demented, and now 'Lip Service'." 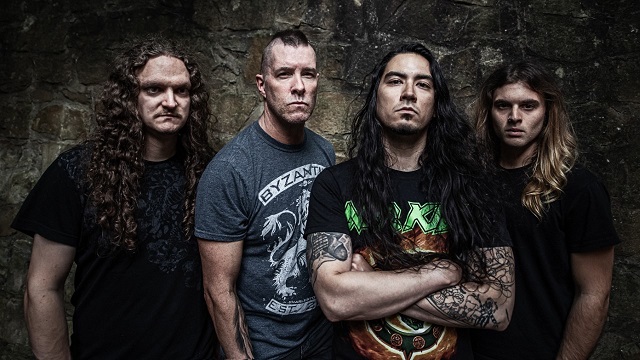 As mentioned, you're hard pressed to argue against Ballistic, Sadistic being one of the heaviest and fastest Annihilator offerings in ages. No small wonder people have been drawing lines all the way back to Alice In Hell and Never, Neverland.

"For The Demented was more along the lines of a 'Life's good, just crusin' along, got a deadline, not really worried about it...' album," says Waters. "I sat down to write that record and I had to seek out the inspiration for it. I didn't have to look for anything to write for Ballistic, Sadistic. I was so pissed off... (laughs). Again, it's a case of doing something for yourself."

"I don't have any fucking expectations," he adds. "I'm not in an angry 'I hate you, hate this, hate that' frame of mind; it' more like a 'Fuck you, I don't give a shit' attitude, if you know what I mean. When you're making records because you've got to pay the rent it can be a robotic and uninspired process. Hard times often spawn the best songs. I'm just not giving a shit right now about the business side of things, and I probably never will again because I've made some money and put it away, I'm smart and sober and not making stupid decisions, and I found that once I had that I could kick back. If you don't give a shit about the music, your fans, what you're doing, that's obviously a bad thing. What I mean is that I don't give a shit about the negative things in the business anymore. It is true that labels, management, publishers are telling lies and bullshit and stealing from artists; not all of them, of course, but some of them do that. I try to surround myself with the reputable, honest ones. In that chain, every time you do a record something is bound to fail because someone doesn't come through. Now, I can call the shots at this point in my career; I can retire, I don't have to do this anymore, but I want to. And that's the best position you can be in."