Between A Rock And A Prog Place: IMMORTAL GUARDIAN Discuss The Artists That Created Prog Metal And That Are Carrying The Torch 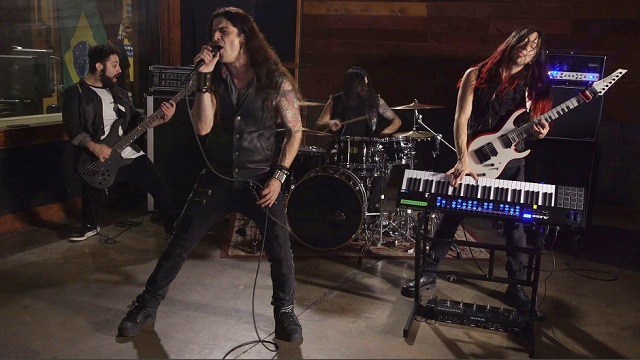 “We cannot deny the early influence of the late ‘60s and early ‘70s in progressive metal today. Progressive rock was a natural outgrowth of the experimental psychedelic period. What took progressive rock to another level was that the musicians who got involved had a more developed understanding of music theory and music history. Although there are different perspectives about the beginning of progressive rock, early pioneers included the Moody Blues, Soft Machine, the Nice, and Pink Floyd. Experimentation by the Beatles, including one of the early uses of mellotron on ‘Strawberry Fields Forever,’ and ambitious song suites for the second half of Abbey Road, was also highly influential. Pink Floyd, founded in 1965, released The Piper at the Gates of Dawn (1967) and A Saucerful of Secrets (1968), where they combined pop and psychedelic rock. With the departure of Syd Barrett and the arrival of guitarist David Gilmour, Pink Floyd steered towards a progressive rock direction, adding extended musical pieces, additional sound experimentation and incorporating electronic effects. Pink Floyd’s progressive era started with Ummagumma (1969) and Atom Heart Mother (1970).

“In the ‘70s, some of the most iconic bands in the progressive realm were Yes, Pink Floyd, Emerson, Lake and Palmer, Jethro Tull, King Crimson, Genesis, Gentle Giant, Focus, early Queen, Kansas, Atomic Rooster, Uriah Heep, and Rush. And as we know today, Progressive Metal went through a bunch of really broad fusions, from the heaviness of heavy metal and the more experimental, cerebral or ‘pseudo-classical’ compositions of progressive rock. Honestly, there is a thin line created within the dichotomy between the technical metal and the so-called prog metal, mostly characterized by its time signatures and some other few characteristics. But in my opinion, some of these bands are involved somewhat in the same family. The most well-known masters of prog metal of our time are undeniably the same monsters we have looked up to, as musicians in the most recent times: Dream Theater, Symphony X, Opeth, Meshuggah, Tool, Periphery, Liquid Tension Experiment, Queensrÿche, King's X, Fates Warning, Death, The Faceless, and many others. And prog metal is evolving as we speak, one of the new generations of prog metal named recently as djent, which is characterized by high-attack, palm-muted, syncopated riffs (often incorporating polymeters), as well as the use of extended range guitars, with 7 and most likely 8 strings, came to incorporate the style and as we know today as prog metal, as well.

“The scene has been evolving and new bands are being born, new talents are showing new ideas to the scene and it is beautiful to see how this new music is forming around the US and the rest of the world. New prog/power metal is also beginning to appear as we speak, as there is a New Wave Of American Prog/Power Metal, with bands such as Paladin, Judicator, Helion Prime, Lords of the Trident, Immortal Guardian, Nova Reign, Seven Kingdoms, Witherfall and even the Canadians: Striker. And some of the European bands: Beast in Black, Battle Beast, Glory Hammer, Sabaton, and many others. So clearly, a new generation of prog metal is being born as we speak and new music is being produced in our backyard as we speak, a new horizon looks very promising to the scene. I personally, cannot wait to see how this is going to play out, as we watch the creation of this new generation of prog metal worldwide.”

Current Queensrÿche frontman, Todd La Torre, has issued a new music video for the track “Crossroads To Insanity” (check it out here) off his recently-released solo album, Rejoice In The Suffering. Former Queensrÿche frontman, Geoff Tate, will be featured in the second album by Sweet Oblivion, entitled Relentless - released on April 9. The album’s first single, “Strong Pressure,” can be heard here.

Nightwish has announced that An Evening with Nightwish In a Virtual World interactive concert experience have been rescheduled to May 28 and 29. More details and tickets at the band’s site. Finnish folk metallists Korpiklaani has issued a video for the track, “Tuuleton,” from their new album, Jylhä - which can be viewed here, while the album can be ordered here.

Israeli progressive metal outfit Subterranean Masquerade will be releasing their fourth LP, Mountain Fever, sometime this spring. To whet fans’ appetites, the band has issued a music video for the tune ‘Ascend,’ which can be experienced here.

Heart Healer (a project created, overseen and directed by head of Frontiers Records, Serafino Perugino) will release The Metal Opera by Magnus Karlsson this month, which is described as “an epic metal opera featuring seven vocalists playing different characters to weave an epic tale.” A video for the track “Into The Unknown” featuring singer Noora Louhimo can be witnessed here. French-Norwegian symphonic metallists Sirenia recently unveiled their tenth studio album, Riddles, Ruins & Revelations, and the new single/video, a cover of Desireless’ ‘80s hit “Voyage Voyage” - viewable below:

This year marks 40 years since the release of one of the more mysterious offerings by prog forefathers Jethro Tull - 1980’s A - and Warner Music will be issuing a 3CD/3DVD anniversary collection, which expands the album with a newly remixed version of the album by Steven Wilson, plus unreleased studio and live recordings, and a remixed version of the Slipstream video collection. Ordering info is located here. And another veteran prog act, American Tears, has unveiled a new lyric video for the track “Woke,” from their recent album, Free Angel Express, which can be viewed here.

Ian Tippin, the guitarist of San Diego extreme/progressive metallists Cave Bastard, has sustained significant injuries from a house fire and will be hospitalized for an unforeseen amount of time. Tippin's family has created a GoFundMe page to assist with escalating medical costs and recovery, which can be accessed here. 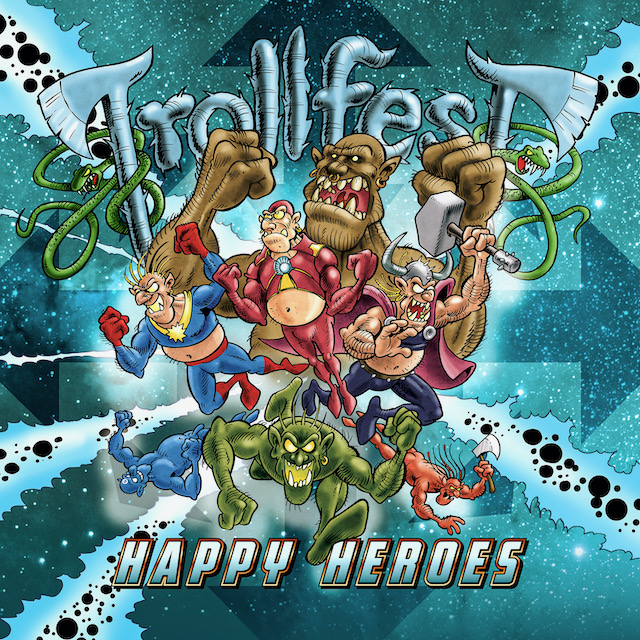 To tie in with the 40th anniversary of Jethro Tull’s A album, how about a rendition of the classic “Aqualung,” filmed on the tour in support of said album?