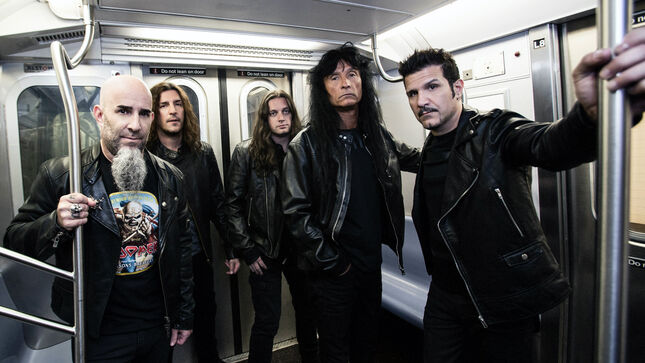 One of the Big 4 of thrash metal in the ‘80s, New York’s Anthrax have had a rollercoaster of a career. The New Yorkers are celebrating their 40th anniversary and BraveWords is ranking the 11 full-length studio albums of a band that has seen three different singers on record, but has two distinct eras – the classic ‘80s thrash with Joey Belladonna and the ‘90s groove metal / rock with John Bush.

*Note – Not counting 2004’s The Greater Of Two Evils, an album of rerecorded songs with then current singer John Bush. 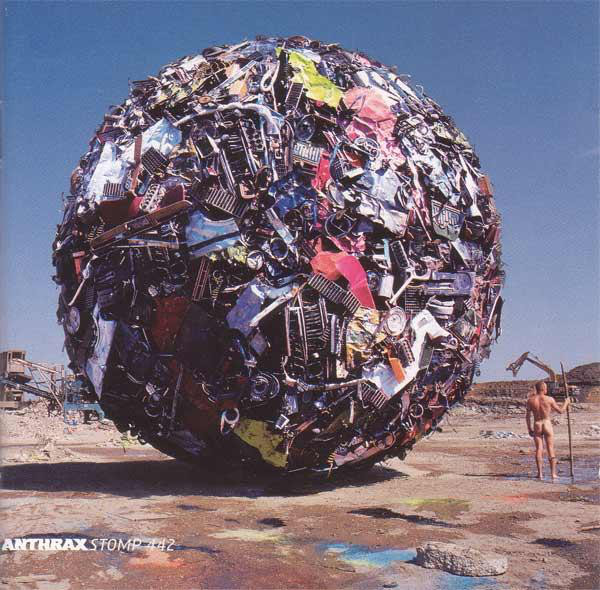 11) Stomp 442 – 1995 (Elektra)
Musically, Stomp 442 is their low point. In the mid-‘90s metal was struggling, especially if you were an ‘80s thrash band not named Metallica or Megadeth. Anthrax tried to modernize their sound with basic groove metal bordering on alternative rock. Longtime lead guitarist Dan Spitz was out the group and while Dimebag Darrell adds some spice with guest solos on two tracks, the pseudo rap vocals and tough guy attitude from John Bush along with dumbing everything down in the riff department is pain inducing. Scott Ian and Charlie Benante were dead set on getting with the times and they succeeded in that regard, but it’s not Anthrax. A bright spot comes in the form of the robust “Fueled”, a track that recalls their better days. Anthrax lost their identity with Stomp and it would be awhile before they found their way again. 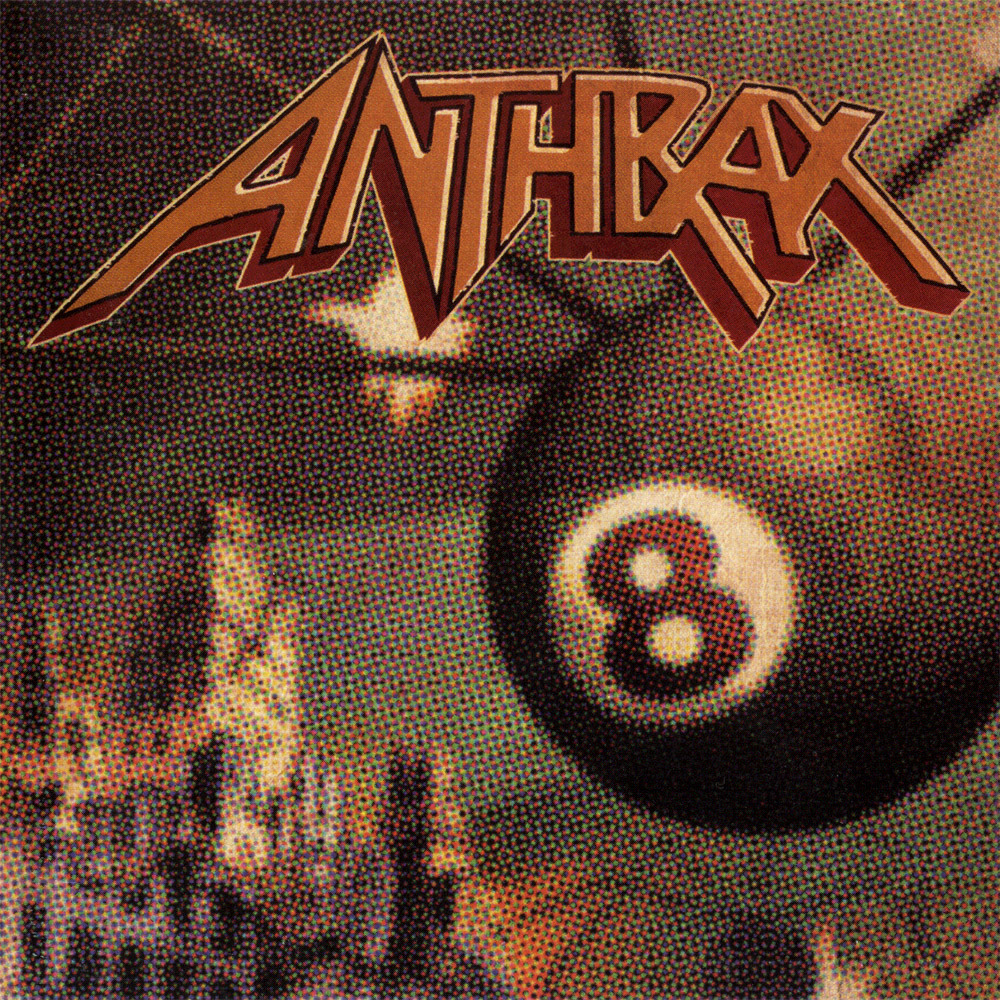 10) Volume 8 – The Threat Is Real – 1998 (Ignition)
The weirdest Anthrax album and on a label that crashed shortly after release. It’s part down-tuned Pantera like groove metal (Dimebag Darrell and Phil Anselmo both appear), part Stormtroopers Of Death (“604, “Cupajoe”), part country (“Toast To The Extras”), and part radio friendly rock (“Catharsis”). It’s all over the place and at an hour long is a chore to get through. Opener “Crush” is as good as this era of Anthrax gets with chugging guitars and melodic vocals from Bush. The best part is the band sounds like they’re having fun again and the songwriting has a laid back approach that runs in contrast to Stomp 442. There is some genuinely strong material that would make a worthy EP. 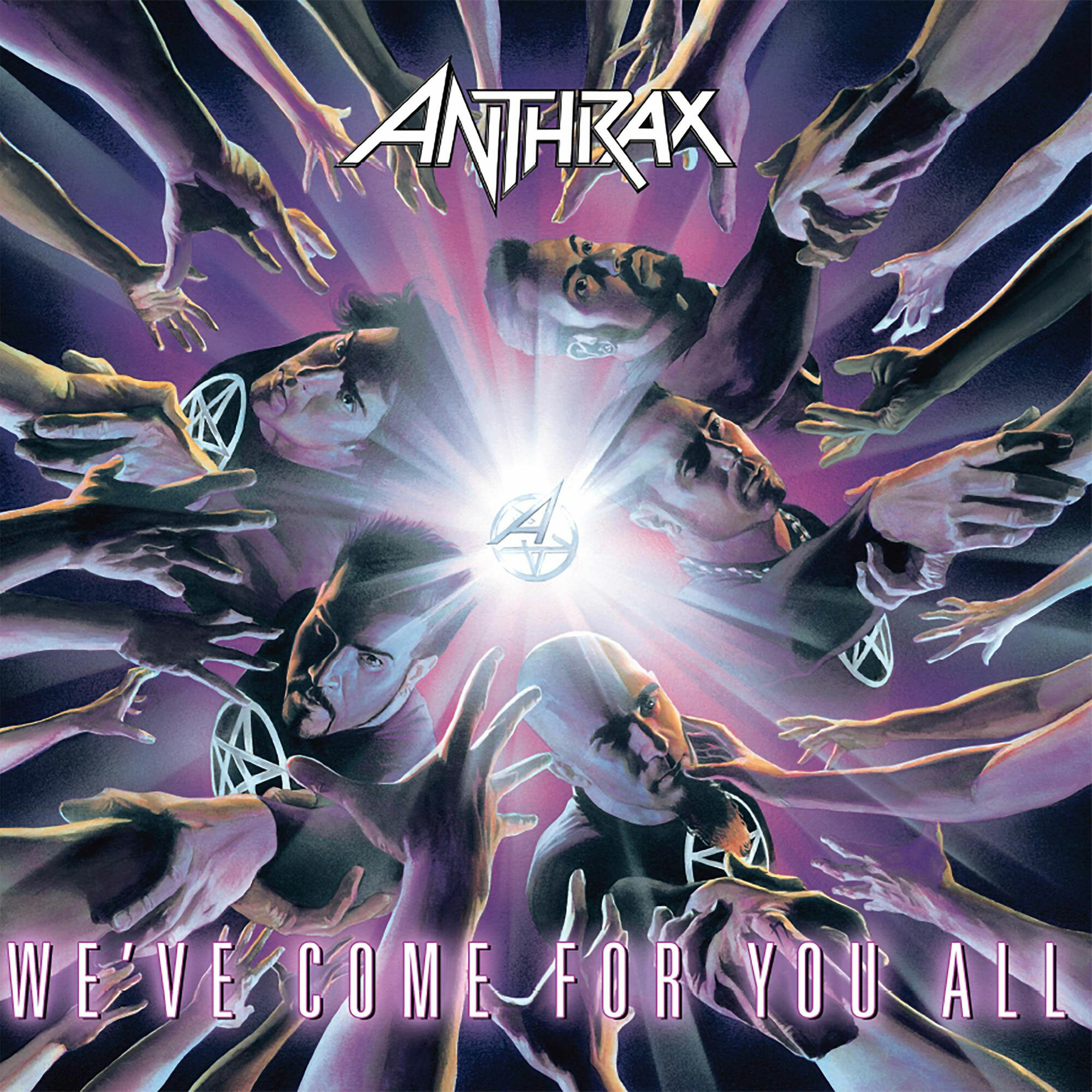 9) We’ve Come For You All – 2003 (Sanctuary / Century Media / Nuclear Blast)
This was heralded as the “return of Anthrax”; the true comeback of the band after the challenging mid to late-‘90s period. Well, it’s a tease more than anything. After instrumental opener, “What Doesn’t Die” hits that thrash juice and has a comfortable feeling that longtime fans were waiting for. The tunes then ride a mish-mash of groove metal and radio-friendly rock, emphasized by single “Safe Home” and an unexpected cameo by The Who’s Roger Daltrey on “Taking The Music Back”. Rob Caggiano is in as official lead guitarist and does a decent job, especially on the melodic “Safe Home”. Production wise, it’s down-tuned guitars and the drums are turned up, taking the bulk of the sound. Charlie Benante shows off and is the highlight of the record. An interesting occurrence happens in “Black Dahlia” where there are blast-beats and black metal riffing. The closing title track is an underrated tune and one of the best from the Bush era – strong chorus part with a punchy attitude. 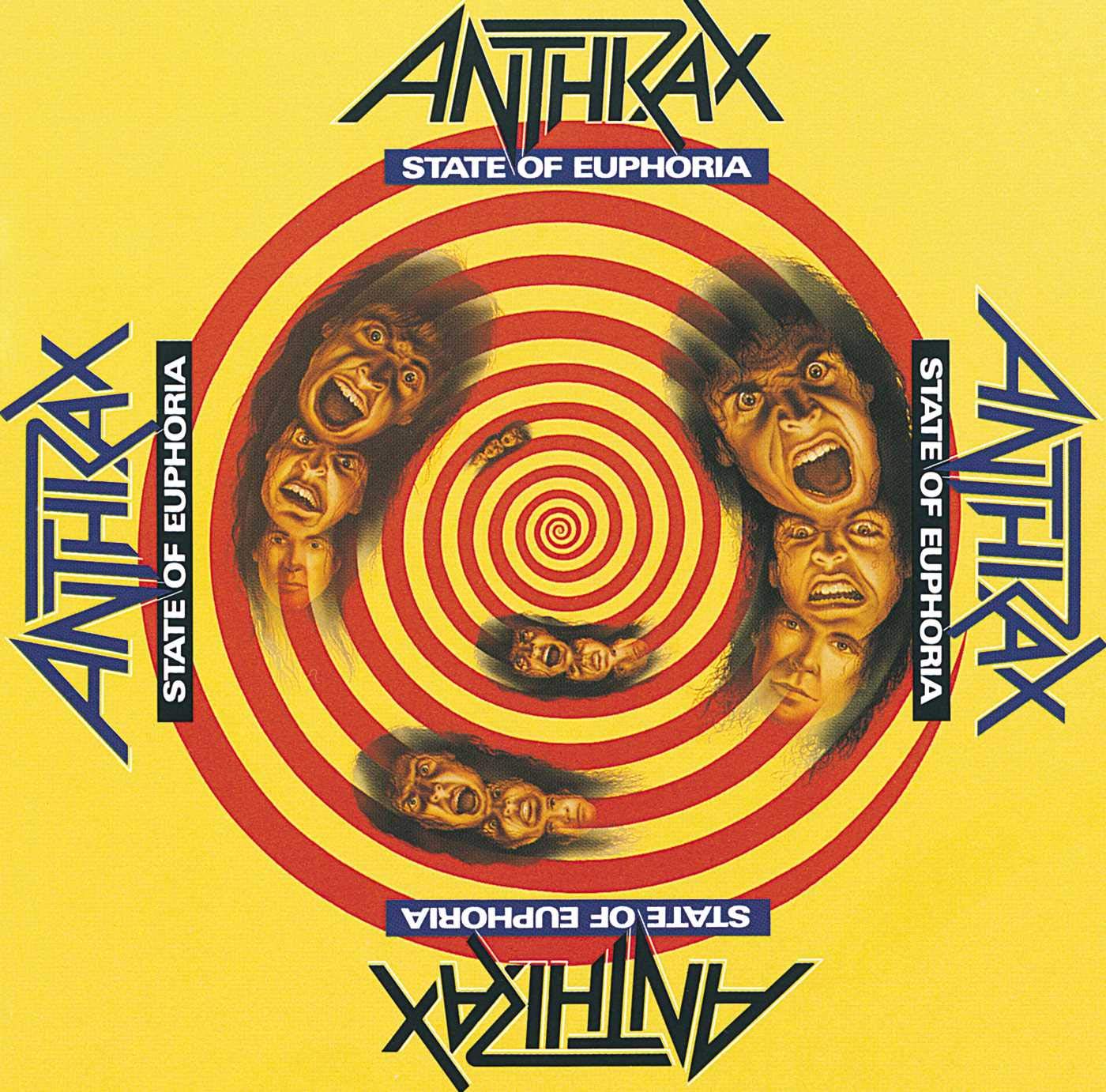 8) State Of Euphoria – 1988 (Megaforce / Island)
A release that the band themselves are lukewarm about. Scott and Charlie both say State Of Euphoria was rushed and some songs needed more time. They have a point as the startling “Schism” and “Making Me Laugh” have blueprints of sturdy thrashers, but more development would have helped. Anchored by the popular single “Antisocial”, a cover of French rockers Trust, opener “Be All, End All”, “Now It’s Dark” and the potent “Finale” are clear winners. It’s a good record and some bands would kill to put out something of this quality, but for better or worse, it will always be seen as Among The Living’s little brother. 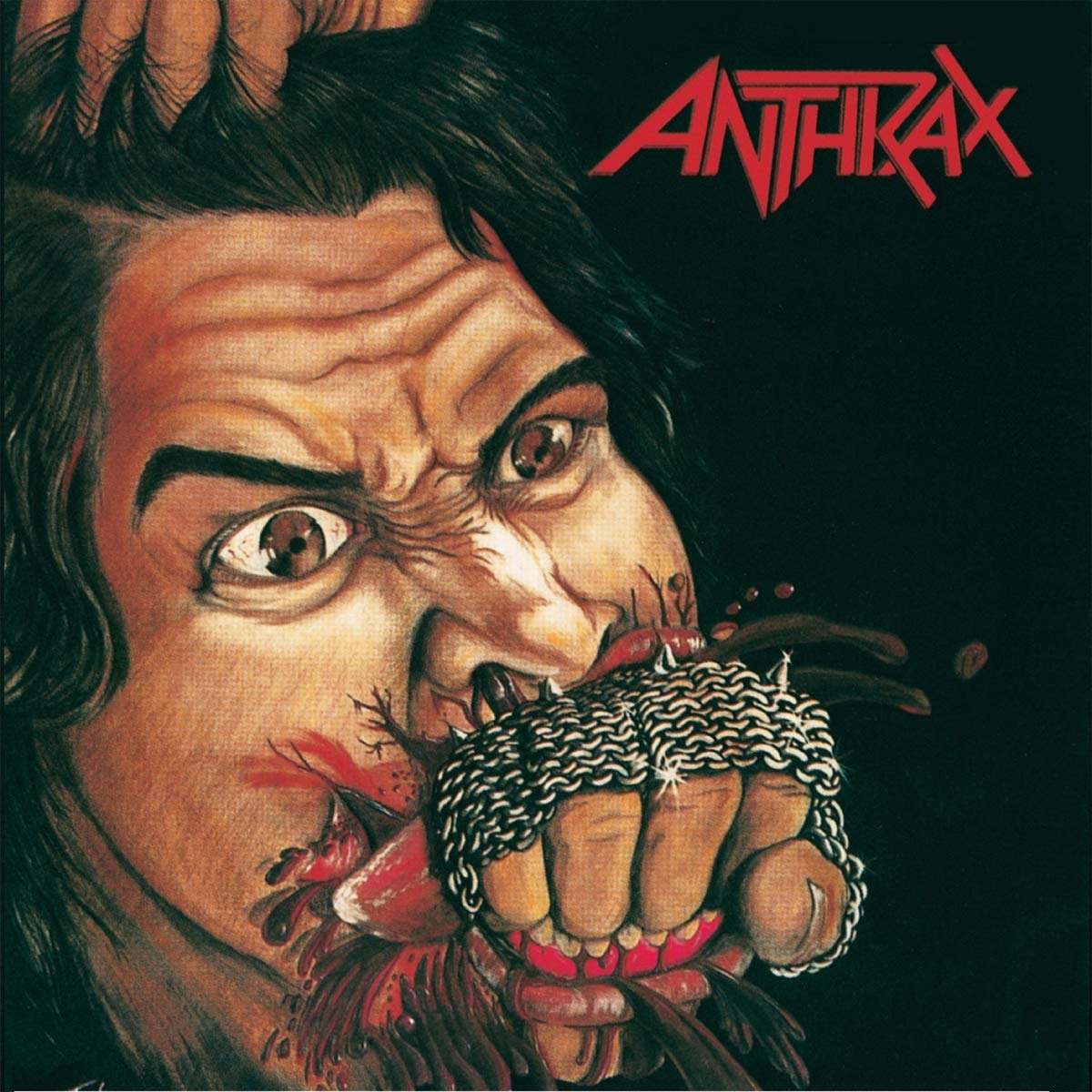 7) Fistful Of Metal – 1984 (Megaforce)
Nothing like the first time. The raw debut features screamer Neil Turbin on vocals and Danny Lilker on bass. Turbin fits a more traditional metal role as he’s more like Rob Halford and it fits well on an album that is early, speedy metal that adds a chunk to burgeoning thrash metal explosion. Songs like “Deathrider”, “Panic”, and the perfectly titled “Metal Thrashing Mad” show a band on the verge of something special and is still a fun listen all these years later. 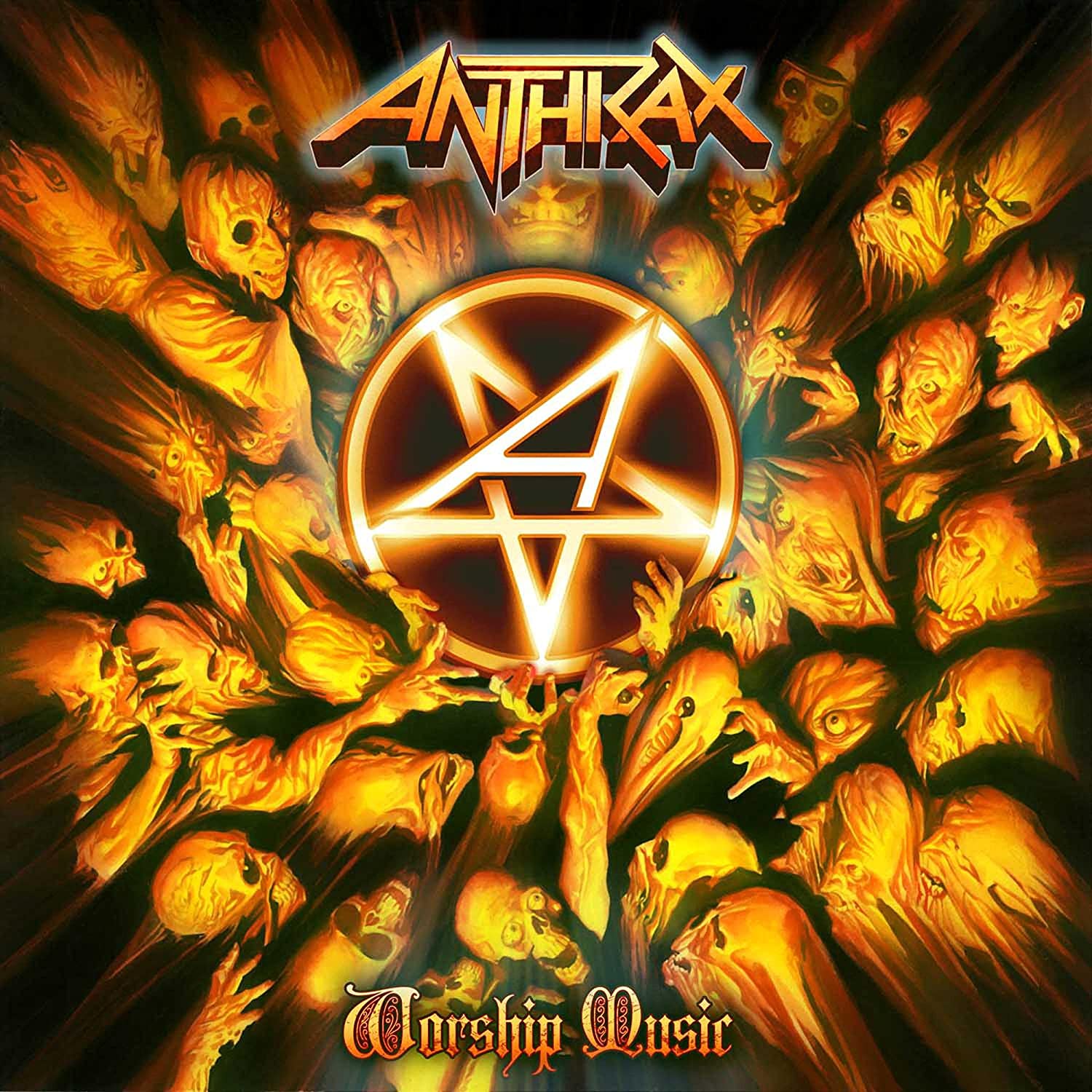 6) Worship Music – 2011 (Megaforce)
A huge record in more ways than one. Let’s be honest, Anthrax was losing credibility with the constant lineup changes behind the mic. After a failed reunion of the classic Among The Living lineup, Dan Nelson was hired then fired, John Bush was back, but that didn’t last and even Slipknot’s Corey Taylor was rumored to take the position. The stars aligned and Belladonna was back and not just that, but Anthrax finally sounded like Anthrax again, mixing thrash and melodic metal to create a steamy record. Caggiano delivers solos that don’t sound far off from Dan Spitz’s style as the production is warm with roaring guitars and bass. “In The End” is emotional, almost doom metal like while “Fight ‘Em ‘Til You Can’t” and “Earth On Hell” scream “we’re back!” A worthy comeback. 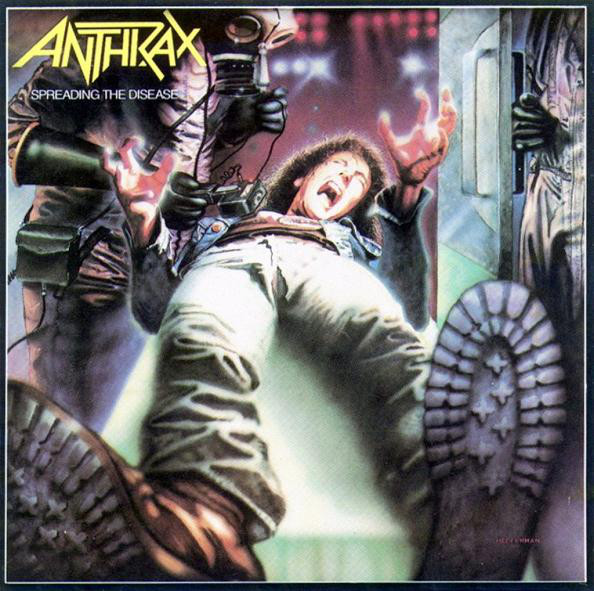 5) Spreading The Disease – 1985 (Megaforce / Island)
That this record is only #5 is a testament to the strength of Anthrax’s output. It’s a masterclass in thrash/speed metal. The insertion of Joey Belladonna as frontman was a boon for the band. He’s a melodic singer with incredible range that wouldn’t be out of place fronting Journey or some AOR outfit. “A.I.R.” is a top 5 Anthrax tune with its militant like rhythms showing the New Yorkers at its fiercest. There’s still a certain rawness to the production that displays a young band on the rise. It’s no accident that cuts like “Gung-Ho”, “Madhouse”, and “Medusa” are all seen as stone cold classics. 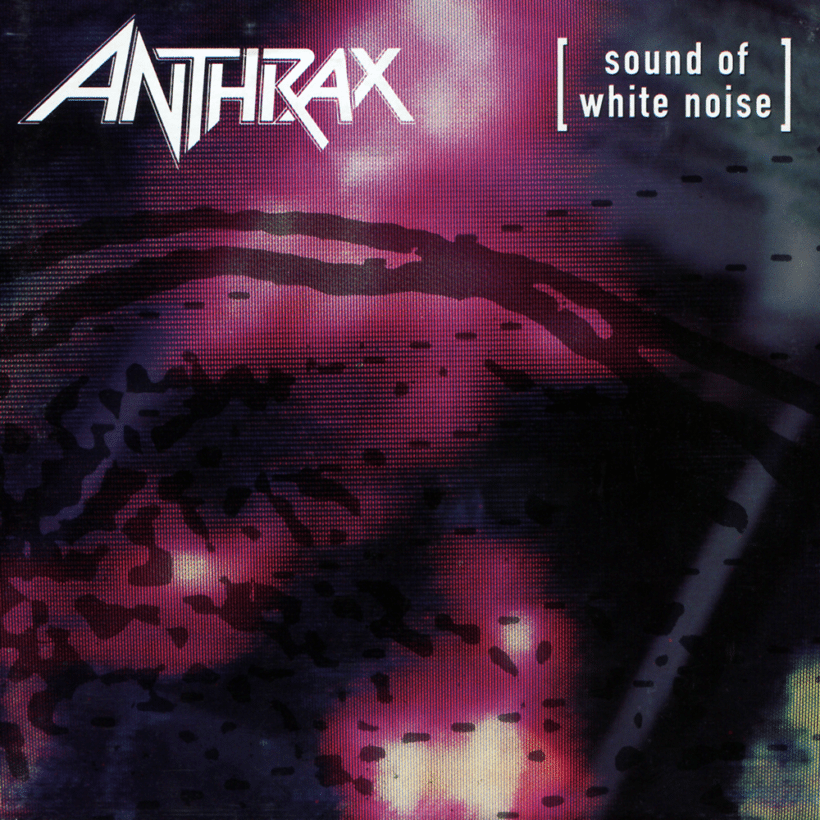 4) Sound Of White Noise – 1993 (Elektra)
This is Anthrax at their darkest. Fans were thrown for a loop when Joey was let go and stepping in was Armored Saint’s John Bush. Bush’s debut is also the strongest of his era. The guitars take a muddier tone, the drumming is crisp, and Bush’s gravelly, grittier tone suits the vibe perfectly. There is still thrash present, but it also has many hooks. James Hetfield is correct when he calls “Only” the “perfect song”. This is path the band should have continued to take when Bush entered the fold. It’s different, but it’s still Anthrax. “Packaged Rebellion”, “This Is Not An Exit”, “Room For One More” has that signature Scott Ian riffing and the elements of the what make Anthrax great are still there. For something different and more mature, the moody and spooky “Black Lodge” wows as well. 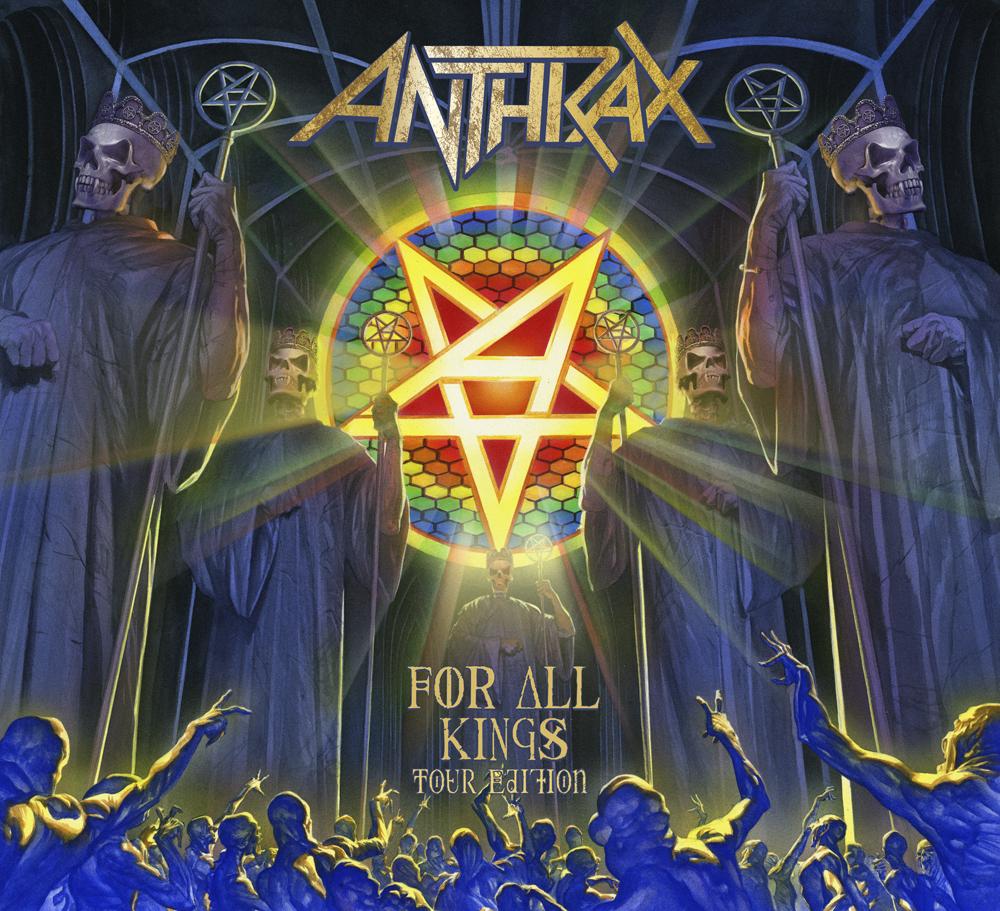 3) For All Kings – 2016 (Megaforce / Nuclear Blast)
The true successor to Persistence Of Time. Their most recent album isn’t dark like that record, but it’s serious thrash, heavy, melodic metal with progressive tendencies. The intrepid, intricate “Blood Eagle Wings” is an astonishing achievement, one of the top songs of their career. It’s Anthrax on a mission, giving everyone a little bit of something. New lead guitarist Jon Donais (formerly of Shadows Fall) adds flair and flash to the solos. “Monster At The End” is insanely catchy as Belladonna’s mature voice is a joy to hear throughout. Riff progressions and transitions have meaning and they prove once again that no one closes an album out like Anthrax. The frantic “Zero Tolerance” ranks up there on record closers. 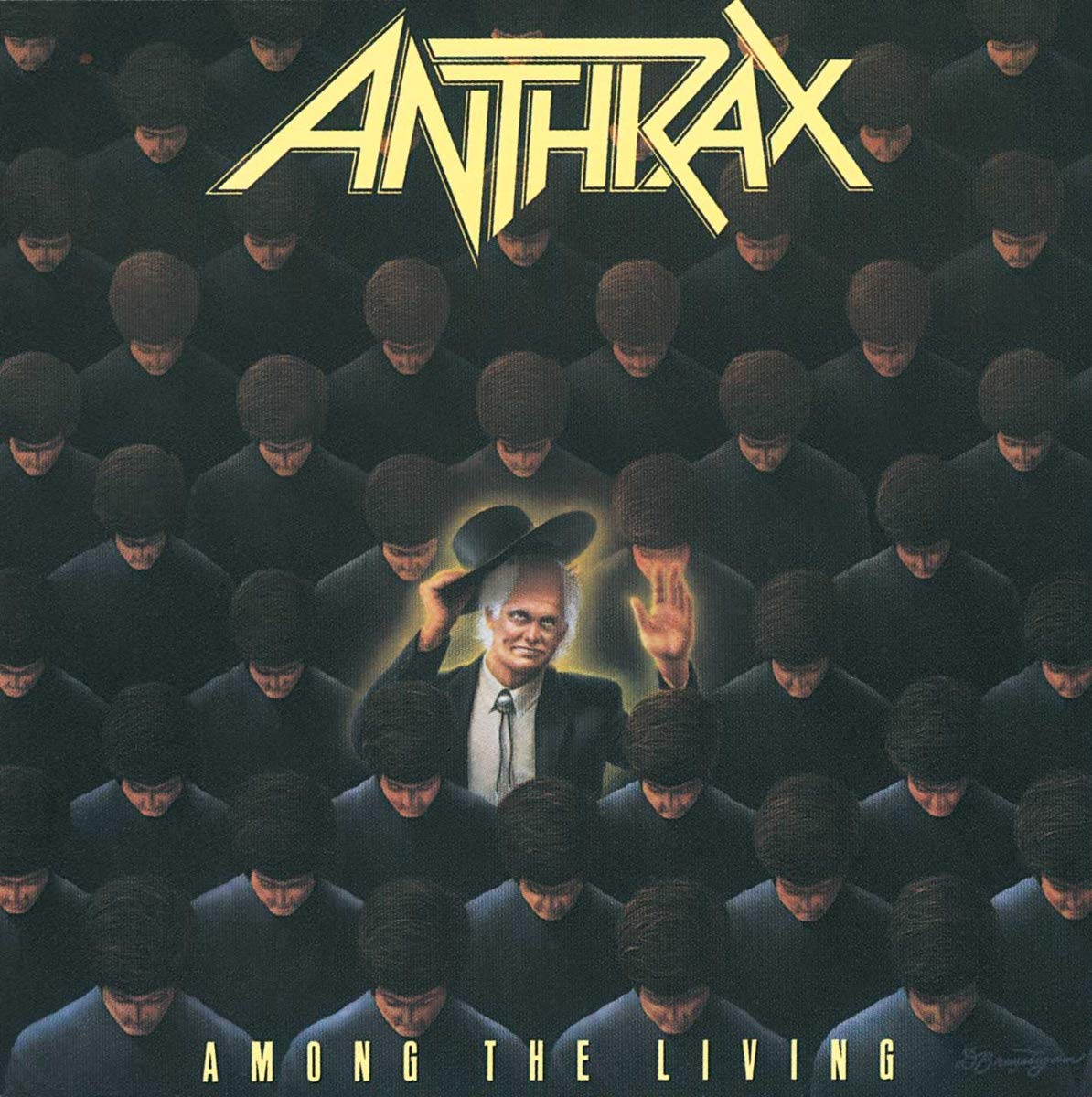 2) Among The Living – 1987 (Megaforce / Island)
What more can be said about Among The Living? It is the quintessential Anthrax record. It’s the one that put them on the map and is thee record people will point to when discussing Anthrax. Here’s a band that sits in stark contrast to other metal entities, it’s fun, sometimes humorous, and doesn’t take itself too seriously. The monstrous “I Am The Law”, the live favorite “Indians”, and of course “Caught In A Mosh” are essential Anthrax, but even the lesser talked about tracks like “A.D.I / Horror Of It All” is startling mid-paced thrash with a dooming approach like Overkill’s “The Years Of Decay”. This is also Frank Bello’s coming out party as that fat bass tone and his groovy rhythms make the band standout from their peers. There are a mountain of fun vocal moments to shout along too as Among The Living is massive, memorable, and mandatory metal listening. 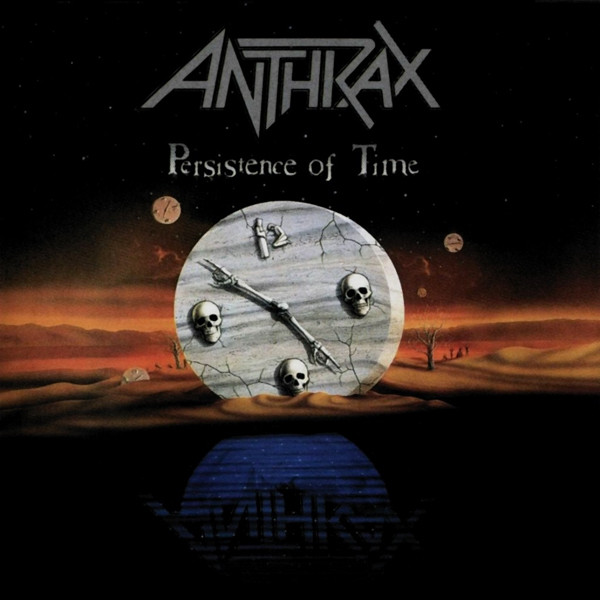 1) Persistence Of Time – 1990 (Island)
For as classic Among The Living is, Persistence Of Time is where all the components come together for a master thrasherpiece. The comedic silliness is thrown away for seriousness and maturity and the concept of time slipping away. They show much confidence with the first few tracks being 6+ minutes. While lyrically ripping and aggressive, the music is tempered and is best measured as progressive thrash. There’s a spacey instrumental with “Intro To Reality” and Scott Ian shows his mastery as a rhythm guitarist in “Blood”, “Keep It In The Family”, and “H8 Red”. Belladonna also sings in a more aggressive manner, giving way to a more upfront delivery rather than relying on melody. The Joe Jackson cover “Got The Time” lyrically fits, but musically is the most up-beat while “Discharge” is the immediate, in-your-face thrasher. Dan Spitz nails it in the lead department as his scaling and dashes of melody stand in contrast to the paralyzing rhythms. This is Anthrax at their apex and ironically a timeless classic that’s all about the rapidness of time.