BURNING WITCHES - Into The Devil's Domain 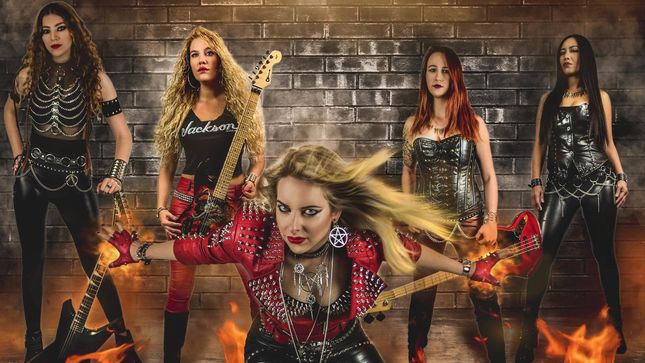 Swiss heavy metal titans Burning Witches are back with their latest studio album Dance With The Devil, their first with vocalist Laura Guldemond, who joined the band with an emphatic debut performance at Sweden Rock Festival in 2019.

BraveWords sat down with Guldemond to talk all things Dance With The Devil, her early love and discovery of heavy metal, 2020 outlook and more!

BraveWords: Is there a nervousness or excitement for you personally ahead of the album release being the new singer for Burning Witches? 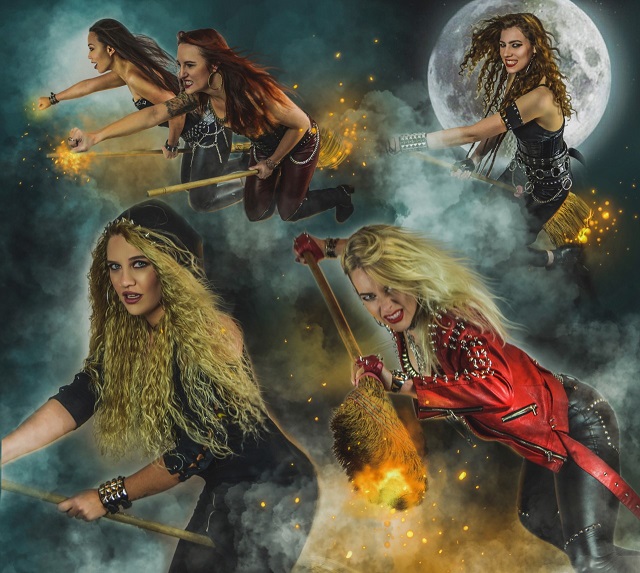 BraveWords: Coming into any new group you want to make an impression without completely upsetting the chemistry of the group. Was there any pressure to make the group your own without ripping out the foundation of what was already built?

Laura: “I mean, there was kind of pressure, but I thought the songs really fit my voice. It wasn’t too difficult to be happy about that. It was just more of a surprise for me. What would happen when a song would be released? Would the fans like my voice? Of course, there’s a bit of pressure also to make it your own, but I think that kind of went naturally.”

BraveWords: How involved were you in the creative process for Dance With The Devil in terms of songwriting and creative choices? Did it take some time to settle in to a role?

Laura:  “For me, it also felt very natural. I got the songs from Romana. She writes it with the guitar and sends it to me and I started to write with that. And as soon as the studio versions were available with all the instruments, except sort of solo stuff, they sent me that. I just had a talk with them. What should we do here? What should we do there? Most of the times it was clear just listening to the song, but sometimes you want to know should the verse start here, stuff like that. They really trusted me to just write.

“I recorded it at home. I got a little vocal booth with a nice microphone, so I recorded everything they way I thought it would work. I’d send it back for feedback and sometimes I change it up a little bit. Most of the time they thought it was pretty cool and we finished the details in the studio. So that’s how it works. Because I was new I asked around in the band, what do you want me to write about? I was kind of curious, of course, of finding out how they normally do it. Because I, of course, live in the Netherlands, the only thing that’s really different is that we couldn’t really write together in one room a lot. Actually it didn’t happen at all because we already had a lot of gigs and it wasn’t really possible. In the end it all worked easily just ending it to each other over the internet.

“I asked everyone, what do you want me to write? They said oh, something witchy! That was the number one answer. Of course, something metal. I could pretty much do whatever I wanted. The things I had already written, I looked into that and said ok, I got this.

BraveWords: You guys recorded a cover of Manowar’s “Battle Hymn” with the legendary Ross The Boss, guesting on the track. How important is a band like Manowar for the shape and sound of Burning Witches?

Laura: “Romana is a big fan of theirs. They are definitely also for the album cover, an inspiration because they make everything bigger than life. They make it sound and look so awesome, and that’s really one of their strengths and something that we definitely want to incorporate in our music.”

BraveWords: Have you always been a lifelong fan of heavy music? Or did you kind of just stumble into it by accident?

Laura: “It’s the number one music I always listened to. I just listened to the radio and my parents listen to whatever, but I think around 16 years old I really started to get into music. My parents weren’t really into music, they just listen to the radio. But it must have been somewhere in my genes because my grandparents were actually musicians and played violin on cello and making a living from it. More than my parents I really, really got into it.

“It was one of my hobbies to listen to music. I discovered more and more metal because melodic stuff I really really liked. Iron Maiden, Gamma Ray, Rhapsody Of Fire, some really cool power metal and opera, In Flames, Eluveitie. I loved their first album because there are so many atmospheric and cinematic elements and the druids and stuff. It was almost like you’re in a movie with rain and chanting I really like that stuff.”

BraveWords: Do you have any recollections of some of your first big heavy discoveries or bands that helped get you started in metal?

Laura: “The first band I bought a CD from, and my grandma gave me some money to get it, was from Puddle Of Mudd. I just walked in to the record store, went through all the CDs and picked one I thought I might like and listened to it. I really liked Puddle Of Mudd because they had a very funny song on it. I also like humour in songs, Alestorm for example. The Puddle Of Mudd song was ‘She Fucking Hates Me, na na na na!’ I got it because of that song. Then I found out about Within Temptation which was the first really metal related music. I listened to the first big hit album with ‘Mother Earth’, ‘Ice Queen’, and then I got the doom albums and then more of an old-school feel of metal. After that was W.A.S.P. That was the second metal band I got really really into.”

BraveWords: Is there a definitive metal album for you that stands out above the rest? What’s your go to?

Laura:  “I was so happy when I was still discovering music. And I found about out about this metal opera Aina. It’s not that well-known, but I actually like more than the more well-known metal operas. Sascha Paeth. He works with Avantasia, Edguy, Angra, Kamelot, Epica, so it makes sense that I like it.

“He made this really cool metal opera with lots of different musicians, lots of different singers. I love it and the booklet with it was so amazing. A lot of really nice sketches, and the story is so cool, a cool understandable story. There’s emotions in every part of the story. I love that.”

BraveWords: Although it’s only been a number of months, how is the chemistry within Burning Witches since you’ve joined? The word is the group has always strived to operate like a family.

BraveWords: In a perfect world how would you like to see the rest of the year go for Burning Witches? Obviously you have a pretty full touring schedule coming up and festival season is around the corner.

Laura: “Lots of tours, lots of festivals. In March we go to the UK for a week. In April we go for a month, just a European tour, with Ross The Boss. After that we have festival season, so probably lots of festivals. In autumn I’m expecting a tour. There is nothing known yet, so we just have to wait for a good opportunity and hopefully some place that we’ve never been before. But we’ll see what happens.

“We’ll probably go writing also in autumn, I think, or maybe just after festival season, we’ll start writing new material, too. It’s not 100 percent sure that we’ll do that. But it is kind of been agreed upon. And we all have to go to Croatia, because Romana has family and parents living there. We could just be in there in a holiday house, vacation house, and also write a bit, go to the sea or chill out. It would be nice, because it was difficult to plan this time but now we know that we can do this. It’s all a bit more settled in. We could do something like that.”