More often that not, band biographies are loaded with show-off information and adjective-tweaked factoids meant to sell the artist in question to the press. Makes sense if a label or management is pushing a new signing, but it comes off as trying to sell snow to an eskimo when the band has been around for over a decade and has seven albums to choose from. In short, trying to sell a veteran and altogether successful band's new work on hype rather than substance is insulting to the folks behind the music. This is particularly true of DevilDriver and vocalist Dez Fafara, who launched the band in 2002 after carving a path into the distortion-driven music scene with Coal Chamber beginning in 1993. He's quite content and able to to let his music do the talking, as on the new DevilDriver album Trust No One.

"I think I'm still around because I'm a no-bullshit guy," says Fafara. "I don't have time for the purists in music or any of that. People who know me, that are close to me, they appreciate the guy that I am because I don't have the time to bullshit you."

Thus we leave it to him to describe DevilDriver; the only overview that really matters in the end. 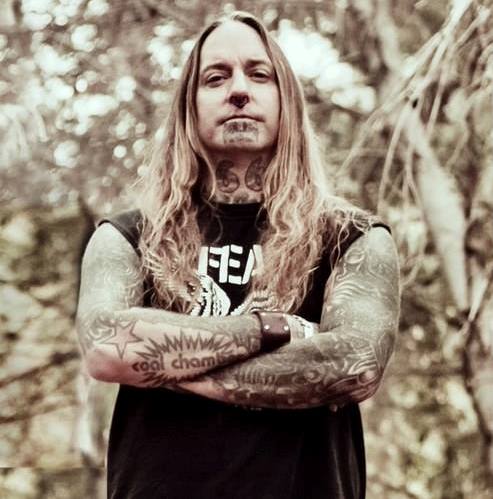 A nifty little stamp, sure, but it still reeks of desperation on the part of the media or management as trying to put DevilDriver in a convenient little box.

"Sometimes you have to go with monikers because some people need a tag," Fafara offers. "Long ago when I started DevilDriver, I wanted a signature sound and I knew I wanted something different. I've got my ear to the ground, I hear what's going on in metal, and I see a lot of bands putting out the same record. There's been hype and critical acclaim behind records that I listen to and I'm thinking 'What..? Why?' For me it's like 'Let's do something different, let's stand out,' and I think on Trust No One - especially on the new album - that we've done something that's our own. We've upped the sound and I've definitely upped the players within the band, and it has become a monster."

Trust No One is proof, at least in Fafara's eyes, that change is a good thing. In 2014 the band said goodbye to founding members John Boecklin (drums) and Jeff Kendrick (guitarist), who were replaced by Austin D'Amond and Neil Teimann respectively in 2015 while DevilDriver was on hiatus. Bassist John Miller was also let go, leaving Fafara and guitarist Mike Spreitzer to rebuild the band from the ground up.

"We had time off before the Australian tour and the one Knotfest show we did, and I called our drummer John and laid it out. We hadn't gotten along in years, I was tired of the late night drama, and I thought it was best if we part ways. He agreed that it was because music is supposed to be a good time. Jeff... you can't knock anyone that gives 10 years of his life on the road, but musically he didn't offer much the whole time he was with us. The band members were fighting inwardly regarding him and his lack of output when it came to music, so we sent him on his way. And we asked John Miller to exit the band due to his alcoholism. It was time to clean house. I brought in Ashes (session bassist Diego Ibarra) because I've known him from other bands, and he'd a great guy. Doesn't drink or do drugs, just one of the sweetest guys and a shredder on his instrument."

"Mike and I knew we needed to create DevilDriver again. It had to be 10 times better than it was, we knew we could make it better, and we did. I think the new guys did a phenomenal job. We had a very long time to write. We made six records in 12 years, we toured the world harder and played more shows than any other band on the planet, and you can put that in writing. I've had people do the math and hit me back and tell me I'm right. I think we needed a break so we took one, and it was really cool. Mike got time to go surfing and build his studio and take time writing, I got time to find these new members and take time with them. The first single 'Daybreak' was brought in by Neil, and he's a shredding fucking guitar player. He brought in something like 12 songs in two weeks. It's inspiring right now and everyone that's talked to me is just over the top about the record. It makes me feel good."


There are no regrets on Fafara's part for the way things went down. He makes it clear, however, that DevilDriver is not the Fafara-fuelled dictatorship some people have mistaken it for.

"There's definitely a leadership quality to this, but if I was a dictator there's no way those guys would have stayed with me for 12 years," he says. "I'm a businessman and I run DevilDriver like a business, making sure people keep their shit together. I'm so past any fucking band drama I can't even tell you, from backstage stuff to late night fights on booze. It's never happening to me ever again."

Ultimately, DevilDriver's hiatus was a very good thing for all involved; for Fafara in particular

"And to come back to the band missing it? Talk about goosebumps and getting full-on butterflies on the way to rehearsal when I was 16 or 17 years old. And now we've got guys in the band that love every little thing."

DevilDriver joins the growing number of bands adopting the old school rule of "less is more" on Trust No One. Technology allows for albums of any length these days provided you don't want the music mashed onto CD - in which case you have to settle at 80 minutes - but Fafara and his bandmates opted for a "mere" 10 song record clocking in at 38 minutes.

"We went through great pains to make sure this album wasn't too long. I wanted something that makes you want to listen to it again and again. We all came together when it cam to the tracklisting and everybody agreed on where the songs should go. Nine songs was going to be the max but we had a really hard time cutting songs, and that's a wonderful thing. I know a band that just recorded an album, and they said to me 'We only need one or two killer songs and the rest can be fluff...' I was shocked. This is art. We have two songs that are B-sides going out to Best Buy and stuff, and I fought for them because I wanted the record to be 13 songs. It was very rough cutting them. One of the B-sides is called 'Evil On Swift Wings' and that's probably one of my favourite songs that I've ever written. This is a democracy that comes down to me, Mike, our producer Mark Lewis, and what makes up the whole of the meal." 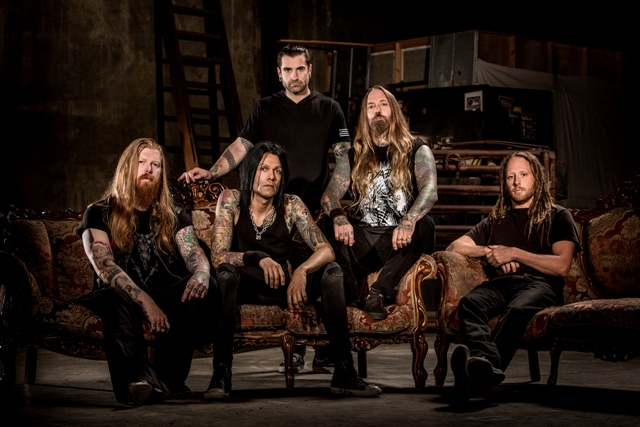 "Working with Mark Lewis, there's a lot of push and pull between us so I have to leave myself open," Fafara adds. "There's no place for ego until you're behind the mic in the fucking booth or on stage. Anyone that tells you they don't have ego in the booth or on stage, those people don't have the makings for stardom or longevity or whatever you want to call it. You've got to leave yourself open to criticism, for sure. I enjoy it, personally (laughs)."

It's much too early for Fafara to do any sort of reflecting on Trust No One's success, but events behind the scenes and the overall buzz leading up to the record's official release (on Friday the 13th, no less) pegged it as a success several weeks before it became available to the public.

"We sat with Trust No One for so long by ourselves that hearing all this feedback, watching the reactions online, there's a lot going on. We doubled our pre-sale order for the record and we still had seven weeks to go until the release. I woke up the other morning and there was a call from the label asking me if I'd seen their email yet. I hadn't, but when I opened it, it was an offer to sign DevilDriver to a four record deal. Who the hell does that anymore? It's an amazing thing."

"I've watched so many bands come and go since I started DevilDriver, but the mission here is still ongoing. The mission here is to do something different and keep it fresh. For a band that's as underground and as heavy as we are, to make the charts and be Top 20 or Top 30 every single time we release something in a market that's declining... I don't know what to say. If you want to be a doctor, you go to school and you study and you do it right. Same with this; do it from the heart, tour, go out and shake hands, put your best foot forward every night whether there's 150 people in the audience or 2,500 or 50,000 people at a festival."