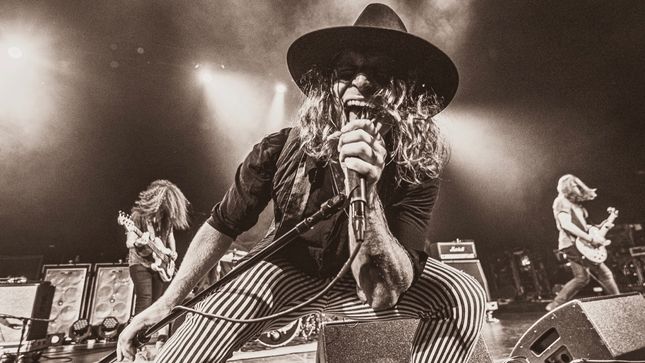 Los Angeles-based Dirty Honey says it’s all “about the fucking attitude” if a band is going to kick North America’s ass and find the lost power of the riff on these shores. Sure, while metal continues to thrive, mainstream rock music struggles to find a new face. And I must admit to having a sunken feeling when R&B/hip-hop surpassed rock to become the biggest music genre in the US in terms of total consumption, according to a 2017 Nielsen Music report. The truth is, do you want to live in a society that rocks or doesn’t? Everywhere you turn there is some unpalatable musician gaining headlines, while the metal underground thrives. Probably why we have more fun on European soil than American when it comes to festivals. But I digress. Dirty Honey may not be the saviours of rock ‘n’ roll - just like Greta Van Fleet aren’t - but it’s a crucial next wave of keeping the rock scene alive with a certain swagger, toe-tap, flame-throwers in the air and yes, “fucking attitude”.  And it’s working for the four-piece featuring frontman Marc LaBelle, John Notto on guitars, bassist Justin Smolian and drummer Corey Coverstone, as they hit the ground running with support slots with Guns N' Roses, Alter Bridge and Skillet, a handful of headline shows, and appearances on some of the late summer's biggest music festivals.

Dirty Honey's North American tour is in support of the band's self-titled debut EP, recorded in Australia last fall by producer Nick DiDia (Pearl Jam, Rage Against The Machine). BraveWords caught up with Marc Labelle and skinsman Corey Coverstone recently for a quick lesson on how to rock.

BraveWords: Some people are saying that bands like Dirty Honey and Greta Van Fleet are the new rock ‘n’ roll saviours.

Labelle: “We have a little more attitude! We like the Greta guys too, don’t get me wrong. Our mission is just to bring back that sexy, soulful, rock ‘n’ roll attitude to contemporary rock music. It’s been pretty stale the last two decades, but I think we’ve brought the riff. It’s about the fucking attitude, you know?  It’s supposed to be fun. Somewhere along the line, I don’t know what happened but it just got stale. What the fuck happened? For me, it’s something new. I’ve said before, Guns N’ Roses were compared to a lot of shit, their predecessors - but over time it became its own kind of thing. It’s just like Guns N’ Roses. Five years from now, it’ll be just Dirty Honey. All that influence is at the start, you certainly pick up on it, but over time it becomes its own identity. We’re ‘fuck you’ right now; we couldn’t be more rock ‘n’ roll - we’re not signed to a label, we’re doing everything on our own. Guns N’ Roses couldn’t say that, we’re kind of an anomaly right now.”

BraveWords: So what happened then?

Coverstone: “It got too perfect I think. You hear all the imperfections in old stuff like Led Zeppelin and stuff from that area, and that’s what gave it the character, the swagger and everything. I think we’re trying to lean more in that direction instead of super [quantized?] super perfect.”

BraveWords: You don’t want to be like Def Leppard spending 8 years in the studio to record a record.

Labelle: “Joe Walsh said that if they had pro tools back when they recorded Hotel California they’d still be recording with old technology. Great guitar player. His attitude embodies what our guitar player, John, puts out. He’s having a good time, mixed with great playing, it’s bluesy, soulful- it’s more in line with what we’re trying to do. Corey’s a good enough drummer to fucking handle anything you throw at him.

Coverstone: “The drum take on our EP for ‘Rolling Sevens’ was literally the first drum take. 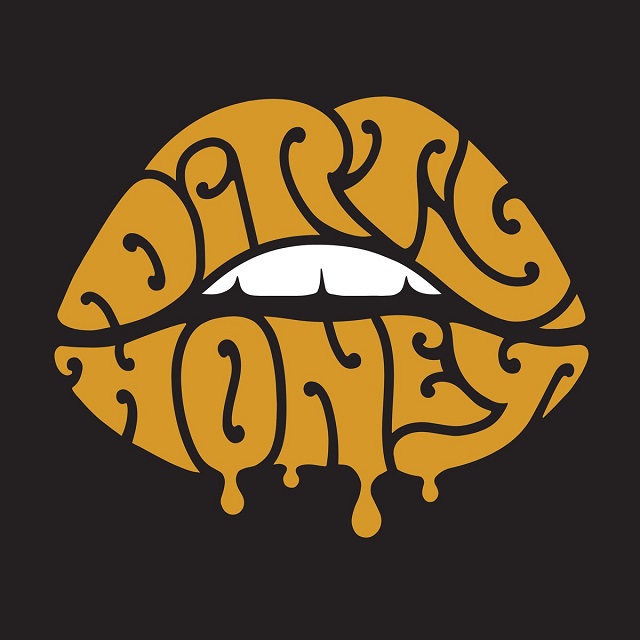 BraveWords: So how do you balance the need for perfection with the need to find that live feel?

Coverstone: “Everybody just starts yelling at you and telling you we don’t have enough time to do everything else. I look up to a lot of the great session drummers who’ve played on other people’s albums. I always aspire to be like them, and now playing with Dirty Honey I’m trying to let go of that a little bit, and I’m trying to be okay with letting things be a little less perfect. If things are a bit sloppy, maybe that’s a good thing.”

BraveWords: Jimmy Page was on a book tour for his book a couple of years ago, and in it he wrote something that always stuck with me. He said that every Led Zeppelin record started out with one thing - it was called a foundation - and that was John Bonham’s drums.

Labelle: “Every band has a sonic landscape that’s comprised of its members. If you stick to each member having their own personality within a song, no one else is going to be able to create that - nobody can sound perfectly like Led Zeppelin, perfectly like Aerosmith, or whoever. You just can’t get the nuance of each member’s performance, it’s impossible. That’s what we try and stick to - it’s just guitar, bass, drums, vocals. He’s got a sound, John’s got a sound, Justin’s got a sound, and I’ve got a sound. I think it comes across in the EP. It’s got influences, certainly, but it’s not identical to anything.”

BraveWords: So far you’ve done all the legwork by yourselves with little outside help.

Coverstone: “I think we’re all pretty fond of the idea of us doing it ourselves, and keeping it to us owning everything. We’ll see how it goes.”

Labelle: “I mean, not to bring up fucking Taylor Swift, but if the biggest pop star in the world can’t own her own art, that’s fucked up. Sitting here, thinking about that - no one was there for us at the beginning except for our manager. What would be the point of signing with a major label right now?” 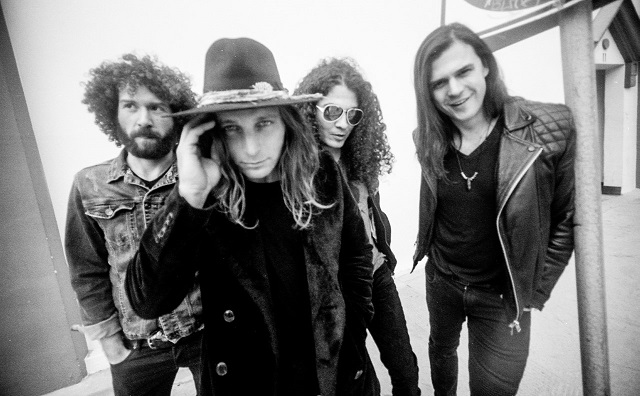 BraveWords: Since you guys know your roots, what dream producer would you like to work with?

Labelle: “Jimmy Page would be one for sure. Nick Raskulinecz who produced our record, he produced Stone Temple Pilots, Pearl Jam, Rage Against The Machine - he’s a fucking monster. I’d love working with Dave Cobb - he produced that early Rival Sons record and all the ones since then. Also, Chris Stapleton. It’s a really good sound and performance. And Jack Douglas (Aerosmith) would be great.”

BraveWords: So give us the forecast, what’s going on in the next few months with you guys?

Labelle: “We’re out with Slash right now, and Myles - those guys are awesome. Then we go out with Alter Bridge and Skillet in the fall. We’ve got something in November that’s pretty fucking huge that we can’t talk about right now, and then maybe go back to Australia after that to record some new music.”