EIDOLON - Life After 'DETH (Once More, With Feeling) 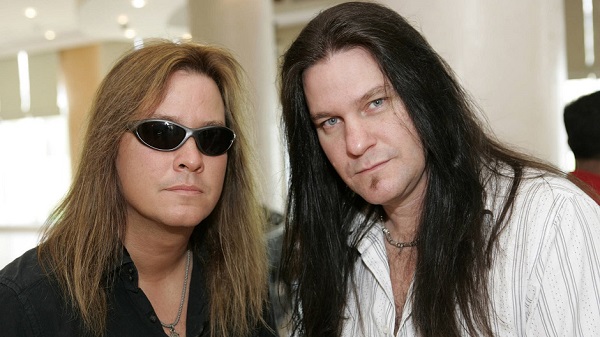 In 2006, long suffering Canadian cult favourites Eidolon released their seventh album, The Parallel Otherworld. The record unintentionally signalled the end of a decade-long career just when Eidolon had clearly hit their stride with Pagan's Mind vocalist Nils K. Rue behind the mic, but the move to call it quits didn't come as a surprise considering founders Glen Drover (guitars) and Shawn Drover (drums) had been devoting their time to Megadeth as of 2004. As fate and musical inspiration would have it, however, Glen and Shawn have decided to close out 2015 with a new Eidolon track, "Leave This World Behind", featuring Rue and longtime bassist Adrian Robichaud. The song marks the first Eidolon recording in 10 years.

"To be honest, we never called it quits, we basically just decided to put the band on the shelf," says Glen. "I mean, at that point yes, Shawn and I were now half of Megadeth, and way too busy to consider anything else regardless of the fact that we had finally found an all-around amazing and professional singer who couldn't be matched.  We had a lot of negative feedback in the past about some of our previous singers. All of those people were silenced when we brought Nils in."

Glen has gone on record several times over the last year stating that he intends to release an album featuring his songs assembled with guest vocalists. To date he has released three tracks in this format: "Discordia" with Todd La Torre (Queensrÿche), "Walls Of Blood" with Matt Cuthbertson (Untimely Demise) and "Seven Sprits" with Henning Basse (Metalium). With the project half done at press time, it begs the questions as to why he would decide to put a track out now under the Eidolon name.

"The other songs that I did were collaborations, and Shawn was involved in them as well because we've always done stuff together," Glen explains. "He might help me out with songwriting, and I'll help him out with recording. For example, I helped him with the (new band) Act Of Defiance demos. When I worked with Todd on 'Discordia', I think Shawn had a riff in there, and when I did 'Walls Of Blood' he wrote the lyrics and the vocal structure. We put those songs under my name initially because it was my idea to go the route of doing these songs with different singers. Eidolon is its own thing. I was talking to Nils and we discussed the possibility of doing a new song for fun and see where it goes. The song turned out really well, we're excited about it. We decided to put it out under the Eidolon moniker, and for people that used to follow us it's a brand new recording, something we haven't done in a decade. Not since we joined Megadeth and did the last Eidolon album." 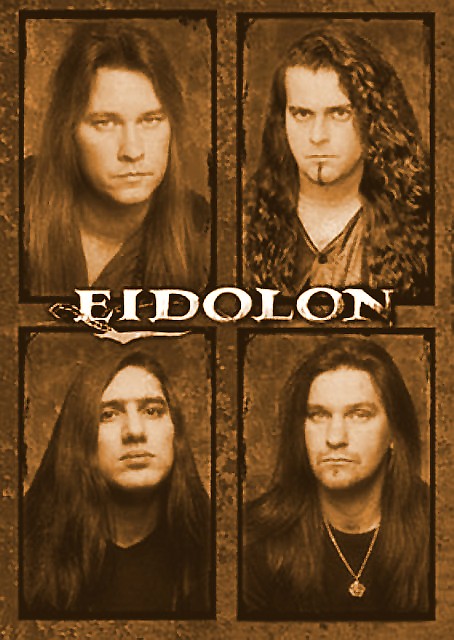 For the diehard Eidolon fans, the next logical step now that the Drover brothers have gotten their feet wet again is a full-length album. Glen makes no promises it’s ever going to happen, but they haven't exactly closed the book on the band either.

"Sure it's a consideration, and there's always a possibility there will be more Eidolon stuff. The song is basically to break up all the different things I'm doing. Right now there’s no plan to do anything else more than the single. As I said, we put this new song out for fun, but it's possible we could do more because the four of us work well together. It would be a sin not to. 'Leave The World Behind' is a powerful track and we're really excited about it. I'd never put out anything that I don't stand behind as being quality material."

What is it about Eidolon that makes it a cult following, especially since the buzz began before Megadeth was a factor in the Drover brothers' lives?

"We made a lot of albums, but I think the last three - Coma Nation (2002), Apostles Of Defiance (2003), The Parallel Otherworld (2006) - were what we were striving to achieve. I hate to say it but I think we dropped the ball in the vocal department on the earlier albums. I don't want to say anything negative about what we've done, but we never should have settled for singers that weren't compatible with what we were doing. On the last three albums we were trying to achieve something in particular, and they represent that 'something.'"

Asked if it's fair to say Eidolon is the basis for everything Glen has achieved in his career as a guitarist and producer up to this point, he agrees without missing a beat.

"Absolutely. Eidolon was the seed that started all of it. Learning how to produce music, I started real small with a very basic set up in my home. Back then nobody was trying to do a pro recording at home; they were going to studios paying $100 an hour (in the early '90s). Every album and every recording we did, I was always striving to make sure the next one would be better. It's always been a fun thing for me as well as learning how to improve as a songwriter and a guitar player"

"When I started talking to King Diamond, I think I initially got the gig (in 1998) from the audition tape playing his material, but I'd also been sending him what Eidolon was doing at the time because we'd been talking as friends for years before I joined the band. It wasn't like I just got a call one day from someone I didn't know. He was hearing the progress of what we were doing with Eidolon, and he knew I had experience with recording and not just playing. That experience was a plus in the end. Eidolon played Wacken in 2003 and we met up with a fan who became a really good friend of ours, and he was the one the recommended me to Megadeth's webmaster to audition for the band because he thought I'd be a good fit style-wise. All of these things are all a part of the Eidolon journey that helped our career." 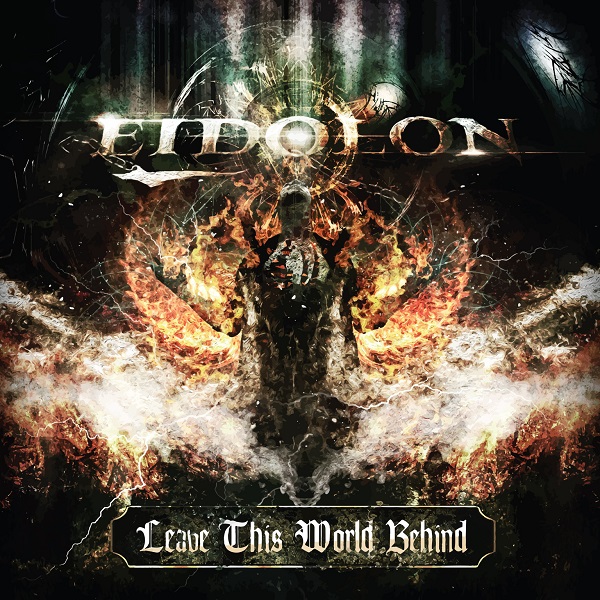