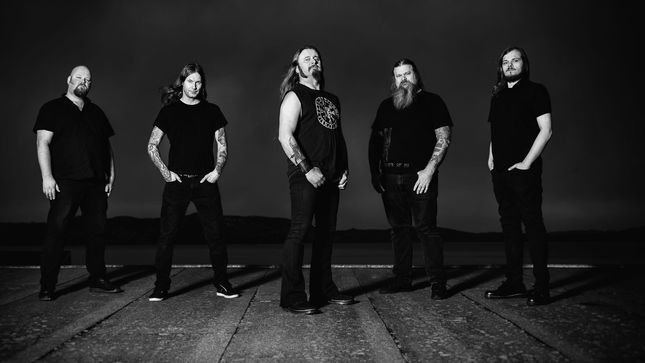 Legends of extreme metal, Norway’s Enslaved trudge ever closer to 30 years of epic dominance in 2021, but not before besieging listeners with their 15th studio album, Utgard (out October 2 through Nuclear Blast).

Despite a global pandemic that threatens to derail the global music industry, the ever-present practitioners of experimental yet punishingly extreme metal pull no punches on their new album, while continuing to find innovative ways to give back to their faithful followers. Frontman and founding member Grutle Kjellson caught up with BraveWords for a deep dive on the band in 2020, their new material and outside the box performances and much more!

BraveWords: No one in the music industry plans for a pandemic, but Enslaved has consistently found ways to keep their fans entertained ahead of the release of Utgard. You guys have worked on some fantastic performances on your Cinematic Summer Tour with Roadburn, Beyond the Gates and Summer Breeze festivals.

Grutle Kjellson: “It’s also crucial to keep sane ourselves, to at least try to do something to be busy, to work on something. There’s obviously no gigs in sight and no tours in sight and we have no idea when we can. It was nice to have something to do. Pretty simple. Some interesting and unusual sets from unusual settings. And of course it’s playing in front of a camera rather than in front of an audience.

“It’ll never be something I get used to myself because it’s a totally different world having no eye contact. You have no interaction, you have no exchange of energy. Everything is very static in such a performance. So it’s challenging in many ways. That’s the positive thing about it, because at least we can do something and it was a challenge, so we could get focused on something rather than just sit at home and complain. That was the good thing about it.”

BraveWords: It was recently announced that Enslaved, Mayhem and Emperor will perform sets of their iconic debut records at Grieghallen for Beyond The Gates X in 2021. What does that event mean to the band? Particularly with the legendary setting having such a deep connection to your history.

Grutle Kjellson: “For the first time ever we’ll actually perform concerts in Grieghallen. There’s like a couple of concert halls there, but I mean there’s rarely any rock music going on there at all. I’ve worked there as a rigger and as a stagehand and as a technician. So there’s so many layers of that performance in Grieghallen. We recorded all the first albums there and many later as well. So it’s a really, really special place, not just in Enslaved's history, but for the whole extreme metal history in general and especially for Norwegians. And besides, it’s the memorial home for the biggest composer ever to emerge from Norway. Yeah, it’s an honor and a pleasure.” 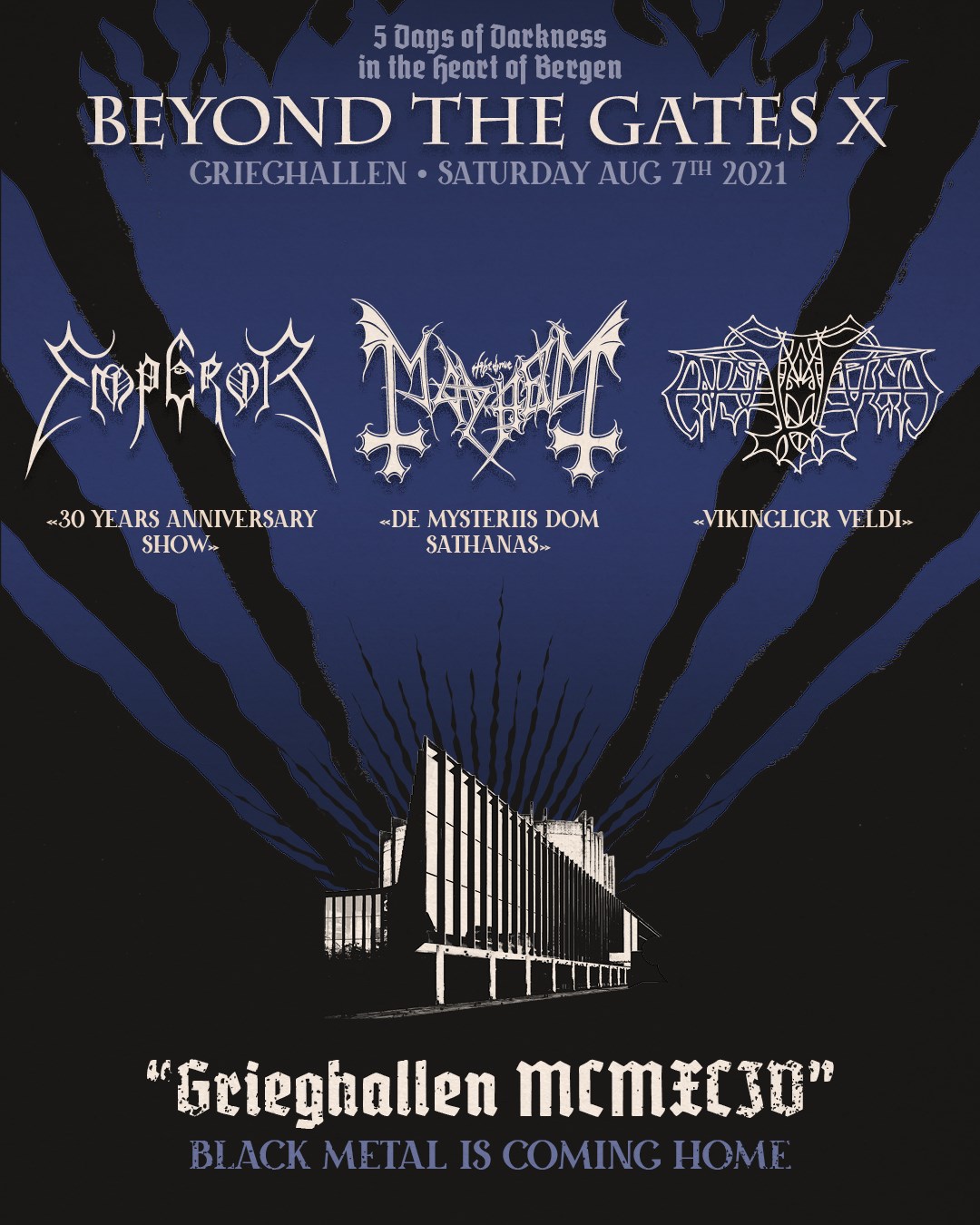 BraveWords: It’s somewhat difficult to believe Enslaved celebrates its 30th anniversary in 2021. Do you take milestones like that seriously?

Grutle Kjellson: “I’m an old school guy when it comes to many things, but for our own band that’s always seemed a bit pointless. You know, the main goal has always been to make interesting contemporary, and our own contemporary favorite music there and then. And that’s why all the albums are pretty different from one another. That’s always been the main goal, to evolve, to make something else all the time, to keep this interesting for ourselves. That’s the main reason that we have stuck with this project for so many years, 30 years next year. But then again when being asked to perform like next year, hopefully in Grieghallen, there’s always time for a little nostalgia here and there. We’re not totally against that. But that’s not the main focus. We will never be a band that does like a full memorial celebration tour of an album or a year or anything like that. No, I don’t think so. We kind of did that on a smaller scale on the 25th anniversary, but we played some special shows with a career spanning sets, stuff like that. But I guess that’s as nostalgic as we get when it comes to touring. One-offs are a little different.”

BraveWords: Thinking back to that debut record and Enslaved burst onto the scene with a slice of metal that was truly unique and your own, in many ways. Did it feel like bands like yourselves and others from that era were doing something outside of the box?

Grutle Kjellson: “I mean, this is a long time ago. And back then, especially in Norway, all the bands that started up in the early ‘90s, they sounded quite different from each other. All the bands and all guys, this is a small scene. So we knew all the guys and everybody shared a pretty broad interest in music. Nobody was only listening to genre-based. Everybody listened to old school heavy metal, of course. We had some common things through the Teutonic death thrash, some death metal bands and old school black metal.

“But I mean, everybody listened to even classical music, electronic music. We listened to the early German krautrock scene. There were a bunch of people that listened to a big variety of music and had a different musical background. So all the bands sounded different. That wasn’t a problem at all. It was just interesting. That was just cool.”

BraveWords: What would you say were some of your early influences in heavier music?

Grutle Kjellson: “Musically, we either borrowed or stole our older siblings' cassettes. And they listened to bands like Nazareth, Rainbow, Led Zeppelin, Deep Purple and so on. So that was that old school, ‘70s hard rock/prog rock. That was my first pillar. Later on, of course, I discovered the harder stuff like Iron Maiden, Metallica and especially Mercyful Fate, King Diamond, the more theatrical, the more visual links. “

BraveWords: It can be said that, given lineup changes, Utgard marks a new chapter in Enslaved’s history. How do you assess where the group is with this current lineup in this era of time?

Grutle Kjellson: “The last one, E, was kind of a in-between album when it comes to lineup changes. Håkon came in quite late in the process. He wasn’t even a full member when we started recording E. So that was more a transition, a stint between two periods. Utgard is definitely a new start and the first with a solid new lineup. We brought in Håkon, a fantastic keyboard/organ player, very creative. He came from a jazz rock band Seven Impale. He was one of those musicians that always wanted to be a keyboard player, if you can imagine that. They don’t grow on trees. He had a father that was a musician and was a huge Deep Purple fan. And so Håkon grew up listening to John Lord and he wanted to sound like that. So he’s actually the only musician I know that actually wanted to be a keyboardist. And of course we have Iver. He’s been in the background as a co-producer and as an engineer ever since Axioma Ethica Odini. He was kind of the in-house solution, besides being a fantastic drummer. He’s like the Norwegian John Bonham. That’s big shoes to fill, I know. He’s an epic guy.”

BraveWords: Your most recent album E banked the Norwegian equivalent to a Grammy. At this stage of the band, do accolades and acknowledgments like that mean something and add additional stress to any follow ups? Or do you just focus on the music?

Grutle Kjellson: “I think it’s really nice, but I mean I don’t feel any pressure from that. I just see it as a very nice acknowledgment and proof of doing something right. But we’ve never been constructing music to suit a certain audience or crowd. It’s never been like that. We try to make interesting music for ourselves. I think the most healthy approach when making music is to at least try to do something that you would put on the turntable yourself, otherwise it would be so rigid. The only challenge we feel is from ourselves. We don’t want to repeat ourselves. We want to do something that we haven’t been doing before. Obviously, that’s not entirely possible because you can easily hear that it is Enslaved. There is a red line through all the albums, since it’s performed by the same core at least. So that’s inevitable. But the main goal is trying to take some steps ahead all the time.” 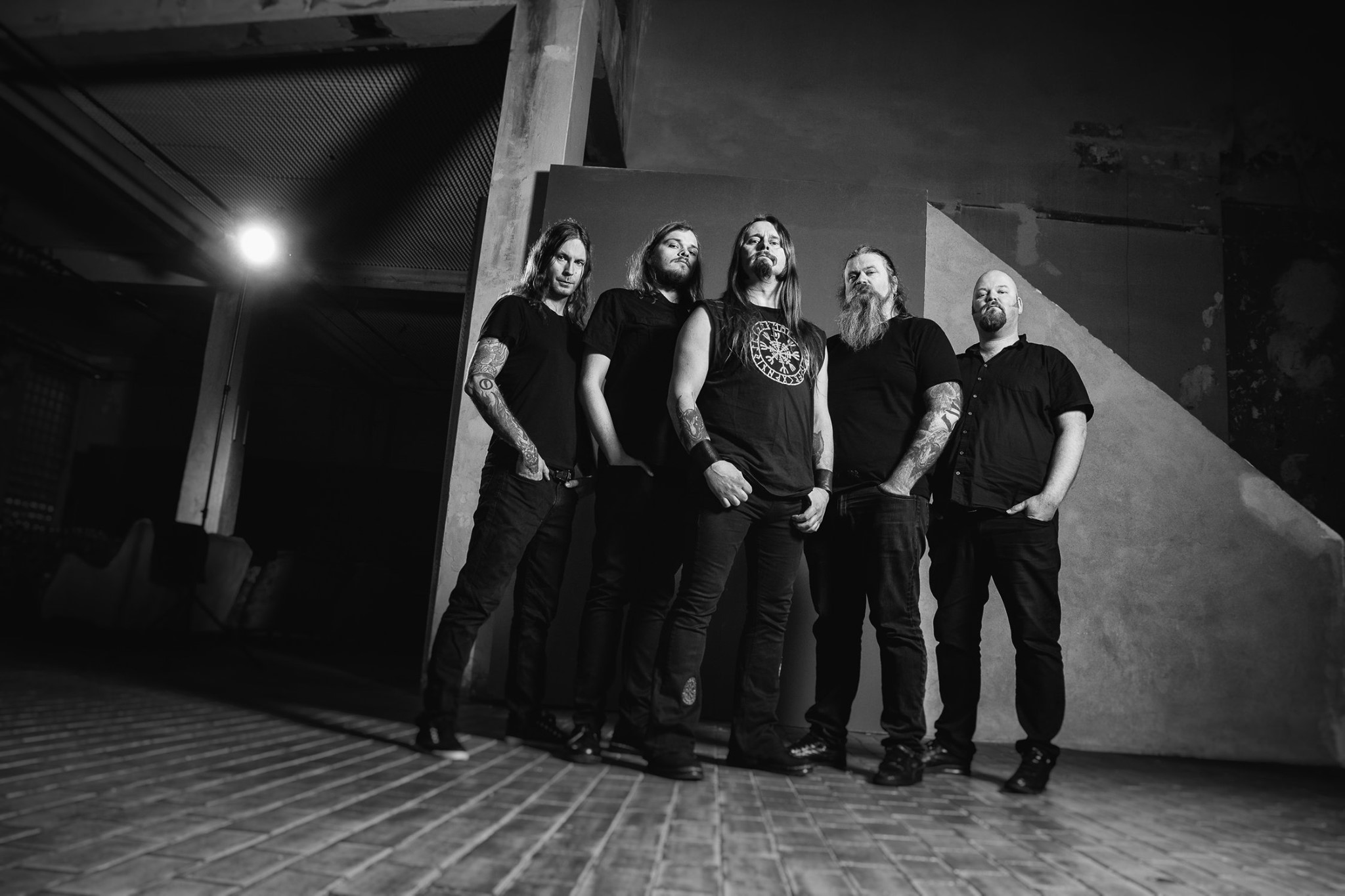