The lads and lady that make up Epica are far from stupid. They wear the symphonic metal tag proudly even though it automatically paints them into a corner – at least on paper – yet they make serious efforts with every release to re-invent themselves to some degree. Just how successful they are ultimately depends on the fans rather than the journalists in their pseudo-ivory towers, but seven albums in it’s fair to say even from a press-rat point of view that The Holographic Principle is Epica’s most unexpectedly diverse album to date. In fact, it’s hard to write the intro to this piece and not have it deviate into a full-on album review. Currently playing in this office at a volume deadly for fans of Bieber pap or Kanye pomp, Epica’s new record serves as a reminder that string sections and choir arrangements do not a killer symphonic metal album make when the folks behind it are constantly thinking far beyond the confines of the genre.

Or, in simple terms, The Holographic Principle pretty much smokes every symphonic metal album released over the last two years.

“Overall the reception has been really good, and people actually seem overwhelmed,” says vocalist Simone Simons. “The Holographic Principle sounds more brutal than anything we’ve done but still with the same classic Epica elements. The guitars are more prominent, the vocals are more versatile, and I think there’s just a lot of information to process, which you can’t do in just one listen. Even myself, I heard the finished songs a few times and it was a lot to take in.”

“The record is kind of a wake-up call because there’s the stigma of a female singer in the band defining the sound of the band,” she adds. “You have Arch Enemy, Nightwish, Otep, Epica, and we all sound different even though there’s a woman singing in the band.”

Epica has been experimenting with moving away from their symphonic foundations - established with The Phantom Agony in 2003 - for years, most notably with Simone altering and broadening her vocal palette. “Edge Of The Blade”, the first single from The Holographic Principle, is a twisted and re-defined Epica that nobody saw coming, a theme that plays out over the course of the record.

“‘Edge Of The Blade’ is written by Isaac (Delahaye / guitars), maybe that’s why it sounds so different,” offers Simone. “He actually wrote a lot of the songs, he was very productive for some reason (laughs), so he was a huge songwriter on this record. We had five songwriters for this record, 27 songs in total to choose from. I think the fact that we had five people writing makes the record very versatile. There are so many layers in the music; the guitars are super-rhythmic and have a lot of melody, the drums kick ass, the orchestration is here and there and everywhere, and my vocals have a really wide range. Part of that was a conscious choice because we’ve grown up and we’re very ambitious. We wanted to have as many live instruments as possible to make things more human, more organic. That meant more work, especially for our producer (Jacob Hansen), but he could handle it. Because of our enthusiasm we ended up with something even bigger than we imagined.”

“Choirs and instruments on this record are all real, so are the exotic instruments,” she adds, squashing the thinking that Epica once again piped the orchestrations in via soulless software. “The guys had a percussion party and played all the percussion instruments you hear on the record over the course of a whole day. They were like little kids. Our drum tech works at a music shop so he loaded up a truck full of instruments and brought them to the guys. They were like little monkeys, smashing and hitting things (laughs).” 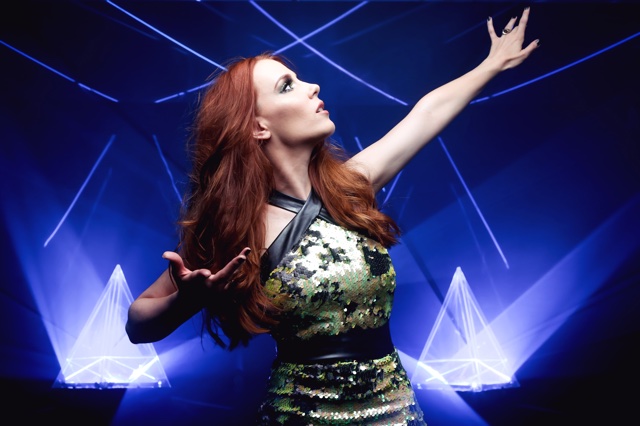 Epica is guitarist/vocalist Mark Jansen’s brainchild, something he’s nurtured and fed since leaving After Forever in 2002 and finding his own musical direction. He’s far from being a dictator, but one has to wonder if he had problems loosening the reins and letting four other people in on the songwriting.

“He doesn’t look at it from a selfish point of view,” says Simone. “He’s always said that whatever is the best song, that’s what we’ll use no matter who writes it, and I think that’s a very good way of approaching things. I’m glad he allows other people to be a part of the creative process because it gives Epica the chance to evolve. We’ve had a solid line-up for over four years now so Epica has become stronger, more mature, and more technical as well.”

Simone comments on having more or less ditched her operatic vocal approach on The Holographic Principle for a more traditional singing voice. She’s done so before, but not to this extent.

“The operatic aspect of the songs is already very prominent in the choirs, so I would be doubling that which doesn’t really make sense. I do what the song asks for and I like to experiment. I still love operatic singing and I think it’s beautiful, but I don’t think it fits all the songs. That’s kind of how Epica has evolved, and there is a lot of operatic singing on the five songs we didn’t put on the record (laughs). I did try to incorporate more of the opera vocals in the songs this time because I know the fans love it, but it doesn’t always fit. We tried it during the recordings, thinking ‘Should I try the opera voice, more rock, or more pop?’ and sometimes the operatic voice just didn’t work. There wasn’t enough aggression in the vocal melody if I sang like an opera diva (laughs).” 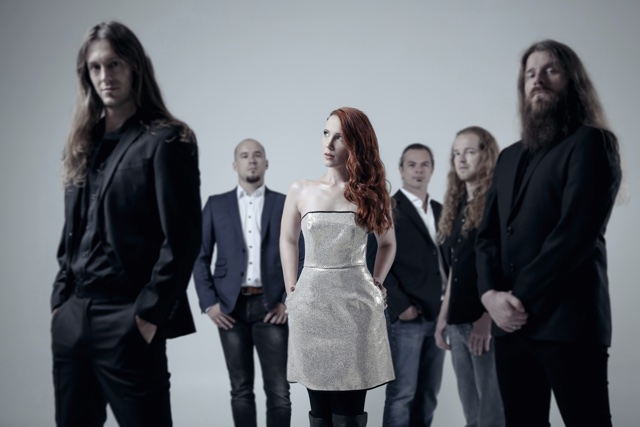 Simone agrees with the suggestion that the band’s previous album, The Quantum Enigma, was a very necessary stepping stone in making The Holographic Principle the creature it is.

“You take your experiences and your mistakes and learn from them. The new material was very well rehearsed and well played after it was written, and that’s what we’ve worked on ever since The Quantum Enigma. We all wrote our songs and recorded the demos without really feeling whether it’s a song just a composition the computer. It’s easier to program something than to actually play it and to make it fit from head to toe, and that’s something we perfected with The Quantum Enigma. There are definitely a lot of different faces of Epica on this record reaching the surface, and I like the fact we have five songwriters because the music so different. Of course the songs have to be part of the same family, but they also need to be unique and we definitely succeeded in that.”

On a more personal level, Simone reveals how motherhood has changed her since marrying Kamelot keyboardist Oliver Palotai and giving birth to their son in 2013.

“It did change me for the better, I think, because I’ve become more stable when it comes to prioritizing things in my life and not worrying about things that are unimportant. The child comes first, you want to be happy in the job that you have, and of course every job has pros and cons. I feel not only for my child but for every child in the world, and the song ‘Dancing In A Hurricane’ is about children living as refugees or in war zones. I empathize with children in need. Children here in Europe are safe, they don’t go hungry, they have a roof above their heads, and a lot of children don’t have those basic needs in life. I can’t watch movies where children are getting hurt. After I gave birth I couldn’t watch The Walking Dead; I was such a pussy (laughs). I had to toughen up again.” 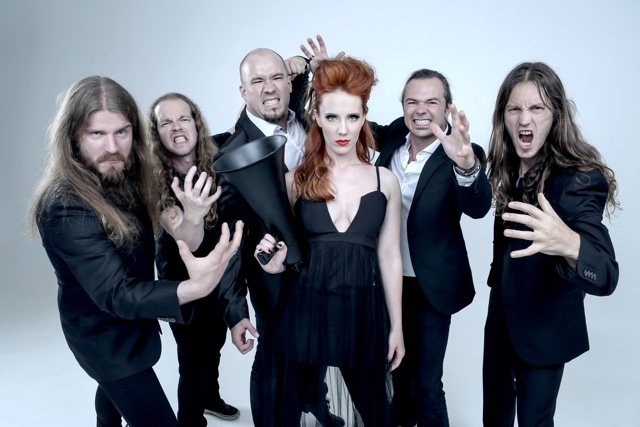 “Epica will still tour as much as we can, but we have to plan it so that either myself or Oliver is home. It’s all about calendars now (laughs). But, we have a great support system with his parents and mine. It’s working. With one child it’s do-able, we’re going to wait with having a second one. We’re going to enjoy our baby now and see where that takes us.”

Even as Simone looks to the future, it’s hard to resist asking her to take a look back to where she started with Epica considering The Holographic Principle and The Phantom Agony are worlds apart on every level.

“I find The Phantom Agony kind of horrible, at least the technique of the singing (laughs). The songs and the memories are very precious to me because it marks the birth of Epica. I have so many memories of that time, good and bad. I had a rough start but it made me grow up faster than many of my peers. If I have a blackout and I have to re-learn the lyrics I go to The 2 Meter Sessions DVD (We Will Take You With Us – 2004) because the vocals had improved so much by that time. It’s cute. We’re all so skinny, we don’t have wrinkles or bags under the eyes (laughs).”