HALESTORM – “For Lack Of A Better Term, Fuck It”

This interview with Halestorm vocalist/guitarist Lzzy Hale started with an apology.

The band’s rise to fame with their first album in 2009 was punctuated by their association with the tween-angst Twilight movie franchise through their song “Familiar Taste Of Poison” (or so I thought), a connection that acted as an automatic shut-off valve, thus preventing any mental decay caused by prolonged exposure to formula kiddie rock. Any time or interest spent on Halestorm, which had been sporadic at best, was over and done. A couple years later during a YouTube cruise, however, I stumbled across live footage of the band performing “Slave To The Grind” (12-29-11 Ram’s Head Live). Staring at the sidebar thumbnail, I highly doubted it was the Skid Row song of the same name because no band could possibly hope to match the intensity of the original; they were dreaming or smoking high-quality something if they did.

One click later my jaw was somewhere around my ankles, leading to the purchase of the ReAnimate covers EP. The release of the “Slave…”-inspired “Love Bites (So Do I)” in 2012 as the first single (!!) from Halestorm’s second album, The Strange Case Of…, sealed the deal. Having broken the cardinal rule of Never Judge A Book By Its Cover, I had become a crow-eating fanboy.

“What’s funny about that Twilight thing is that we’ve never officially been associated with it,” says Lzzy. “The video that blew up on YouTube was made by a fan; she was obsessed with Twilight and also cane to a lot of our shows. It’s funny how so many people, especially in the press, would ask us about how it felt to be linked to this smash hit movie (laughs). It means a lot to hear you like us now, especially coming from the perspective of someone who was skeptical at first about us. We hadn’t really proven ourselves when the first album came out, so to hear that we made such a big impact is awesome.”


The unofficial rule for being a music journalist is that if you wear blinders and find worth in only one type of music, you have nothing to offer anyone. It’s important to keep this in mind even as a rivet-chewing, flame-spitting metalhead, and my appreciation for Halestorm boils down to their music being a guilty pleasure I’m not embarrassed admitting to.

“I love it, and I’m probably going to end up quoting you on that,” Lzzy laughs. “It’s weird that, whatever it is that Halestorm is, we have a lot of classic rock influences and the way we interpret ‘heavy’ is Black Sabbath, Led Zeppelin and Judas Priest heavy. You can’t say we gravitate towards the typical metal scene, so it’s strange playing some of these metal festivals or supporting certain bands when our version of heavy isn’t necessarily theirs. It’s been amazing over the past two years becoming comfortable with whatever it is we are. But, for lack of a better term, fuck it, let’s just do it (laughs).” 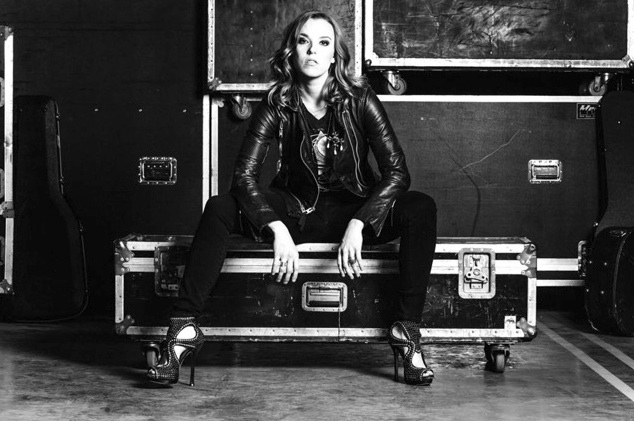 Much like Canadian rock trio Danko Jones, Halestorm have won over metal audiences time and again whether in a festival situation or support act capacity. It boils down to the music and its delivery far exceeding any preconceived pop rock notions.

“Maybe this is just me torturing myself and maybe I like it, but I live for that stuff. That’s why we went out with a country artist like Eric Church and opened up for Megadeth. I love that feeling of ‘Okay, 95% of the people here don’t know who we are or don’t like us and don’t want us to be here; let’s prove them wrong.’ I can’t even describe the rush I get after three or four songs and I know we’ve got ’em (laughs). I definitely live for that.”


Halestorm could have taken the easy road and simply blueprinted The Strange Case Of… when making their new album, Into The Wild Life. The record label and the vast majority of fans would have been blissfully happy with that. Instead, the new record is high on ’70s vibes and flavours, the ebb and flow is completely different from its predecessor. Chalk a lot of this up to the fact they recorded all the basic tracks live – which Lzzy calls “scary” – and performed all the songs from beginning to end for multiple takes. If The Strange Case Of… made you feel good in all the right places, the simple truth is you may have a hard time getting off on Into The Wild Life.

“I think we did things this way for our own sanity,” says Lzzy. “We needed to change things up. We did the previous two albums in the same location with the same producer, used the same method of recording, so we needed to throw all of that away and err on the side of ourselves. I appreciate you recognizing the ’70s vibe because that, in all honesty, is my biggest influence thanks to my parents’ record collection. Doing things that way, all of our influences just started to show up. You know, ‘That sounds like that Vanilla Fudge record from back in the day…’ or ‘This sounds like that Deep Purple song we used to listen to…’ We didn’t plan it that way, and what I loved about this process is that we decided to chase whatever it was that got us excited. Whatever the album was going to be, it was going to be us, a snapshot of us at this point in time. We came out on the other side saying ‘We love this!'”
“This is our third record, so before we went in people were saying that we were going to have everyone breathing down our necks. I think our A&R guy visited us once (laughs). We were kind of left to our own devices and, again, it was a little scary but very freeing. I’m just glad that people are starting to grab onto this.” 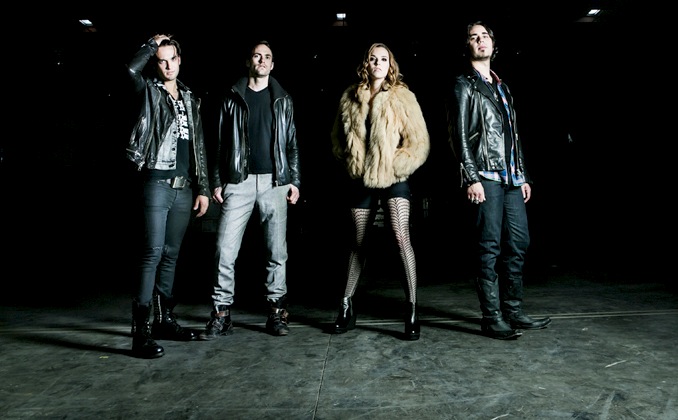 Which speaks volumes for the intelligence of Halestorm followers over that of the average pop schlock cookie cutter fans. Not only has the band tweaked their sound, the new album’s tracklist is seemingly all over the place. Take, for example, the AC/DC rocker “I Like It Heavy” – a no-brainer album opener – closing the record, and your typical mid-album anthem “Scream” kicking things off. Two songs in and you have no bloody idea what to expect over the 13-track run.

“We didn’t either, and as far as the track sequence goes, that came together as we went along. I’m going to be honest with you, we went into the studio with maybe eight finished songs and we wrote the rest of the album as we were going along. Even those demos, our producer Jay Joyce encouraged us to fuck up every single song (laughs). It was like, we had a typical song arrangement and he’d say ‘We need a riff right here; take five minutes to write it and then we’ll record it.’ It got to the point where that was kind of the vibe of the album.”
“At the end of certain songs you can hear – or at least I can hear it because I know the songs so well (laughs) – we’re yelling things at each other like ‘Go to D!’ and things like that. We ended up with all these spontaneous interludes in and out of these songs that we recorded as we were recording everything else. I can hear the hesitancy and the excitement of still recording and I don’t know where we’re going (laughs). It was such a different way to record.”

“Yeah, but we didn’t have the hallucinogenics. What does that say about us..? (laughs).”


There’s always the cliché question about the pressure to deliver, and you’d think there was plently of it this time out for the Halestormers, but Lzzy is proud to say it didn’t last.

“At the end of the day, all those feelings of ‘I don’t know if we’re doing the right thing’ went away,” Lzzy admits. “It felt so good to do something so incredibly out of the box. We were so used to going into the studio with everything prepared and written, all the parts done. We never had to rewrite anything in the studio. Doing the complete opposite of that really put everything at ease. The only question we had the rest of the time was ‘Why not?’ We didn’t feel any pressure, except thinking that if we didn’t try this weird idea we had no idea if it could actually be good.”
“The weird thing is – and this is coming from a songwriter’s perspective – when I listen to the album now I think that for an unprepared band, literally messing up every single song on this record and not knowing what the hell we were doing, it sounds like we were being very smart and calculated about it (laughs).” 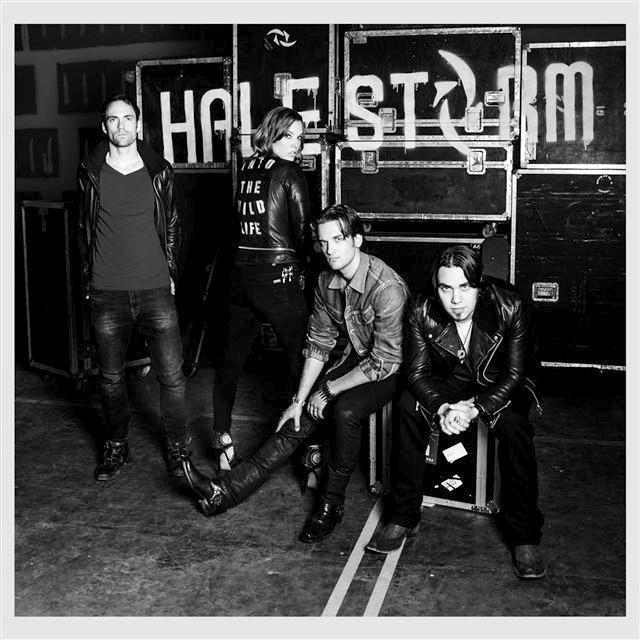