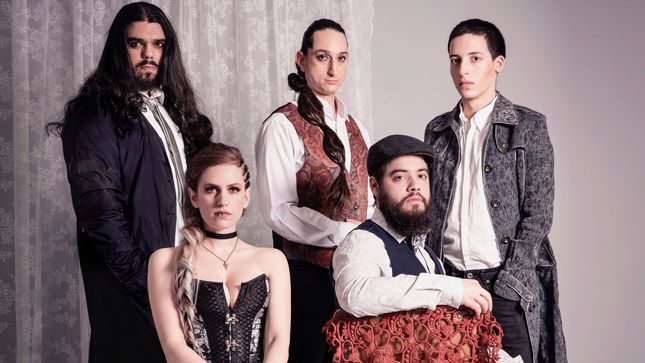 BraveWords: For many artists, lockdown during the pandemic has been a blessing and a curse – grounding them from touring but allowing time to work on new material. How was the dynamic of finishing a record while at the same time contending with the restrictions of COVID-19.

Noa: “We kind of made all the difficult parts of the recording of the production, which was the drums and the choirs, we finished them before the pandemic started. It was rather challenging to record my vocals and all of that during the quarantine time. But I think it’s safe to say that the biggest struggle was the lack of concerts that we were counting on to fund the album. So that was, I think, the main obstacle.”

Yadin: “It makes everything clearer when you play the songs more and more. You get the sense of the album stronger and stronger towards the debut show. All of that just canceled, vanished.”

BraveWords: Were you guys able to collaborate much in person during the final stages of the album process?

Noa: “We are lucky to be living nearby, but the thing is that, as I said, we did manage to finish all the complicated stuff before the pandemic. But then my vocal recordings were recorded at my parents, who live in a different city. So that was a challenge because we had to kind of make it work in between lock-down in a way. And when everything was finished we kind of understood that there was no way to promote the album with concerts, so we will invest more effort into videos. So this is when things started to get more complicated because we couldn’t really plan any shooting days because you couldn’t really know when you are going to be in lockdown and stuff like that. So this was really challenging. Things happened last minute and we had to like wing-it.”

BraveWords: Few things check the boxes for metal fans quite like a concept album. Factor in the progressive symphonic sub-genre, and you’re allowed so much space to explore and create, virtually free of boundaries. What appealed to you in going the concept route for Strangers?

Noa: “I think our audience is more drawn into concept albums. I know I am.”

Yadin: “We can’t help it. We want everything to be as epic as we can to deliver the idea. And one thing led to another and here’s another album.”

Noa: “I think we kind of wanted to make this one even a bigger concept then Sands Of Time. Sands of Time, half the album was a concept album, and in Strangers, the entire album is one big concept.”

BraveWords: When we think of concept records, many land on Operation: Mindcrime, Seventh Son of a Seven Son or Abigail. What were some of the albums that influenced you and Scardust?

Noa: “I can speak for myself. For me, it’s always the first concept albums that really brought me into falling in love with progressive metal, which is definitely Metropolis Pt 2: Scenes From A Memory by Dream Theater and V: The New Mythology Suite by Symphony X.”

Yadin: “Dream Theater, all their concept albums were amazing to listen to and to bring to life the scenes. You can visualize it. When the concept is strong and the music is strong, you can actually visualize it. This is the theme we wanted to happen to our listeners so they can use another sense with our music, the visuals part.”

BraveWords: We recently discussed the freedom in the progressive symphonic genre. Was it that ability to create without hindrance that drew you to that particular section of metal?

Noa:  “I was raised in a family in which my dad was always into rock and roll. And my mom was always into classical music. I had both worlds and both of them were very much into folk music. So I had a mixture of genres at home at all times. As I grew up I couldn’t just pick a genre. I wanted to do everything. And I think exactly as you said, progressive metal allows you to do whatever you want with your music. I mean, some parts of our music are not even metal.” 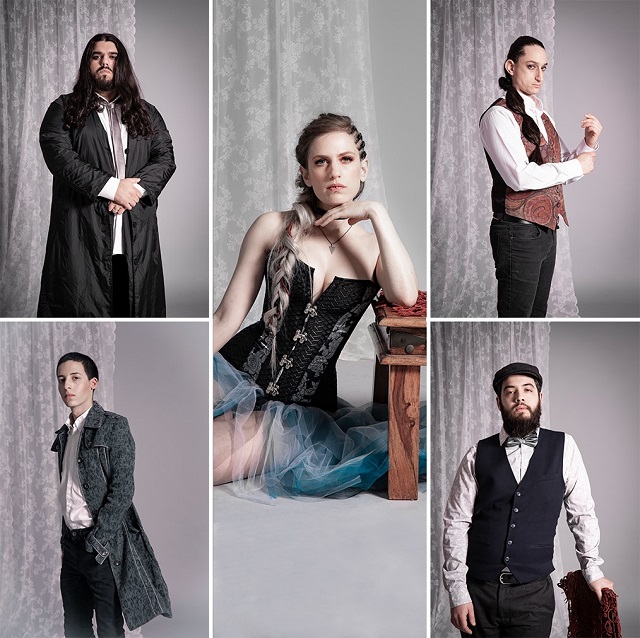 BraveWords: Take us through your friendship and collaboration with folk musician Patty Gurdy on "Concrete Cages". It truly adds a new wrinkle to the album.

Noa: “Patty is part of the family. We instantly bonded with her, the entire band. We immediately knew that we were going to do more music together with her. And we were very happy that this turned out the way it did. And we hope to keep on collaborating with her and do awesome stuff.”

BraveWords: The other fantastic appearance on Strangers is working with the Westbrook Hay Prep School Chamber Choir. Take us through how that collaboration came about.

Noa: “To me the biggest thing about this feature is actually the experience of recording them. They sing in a song called ‘Huts’, and this song talks about going back from the complicated urban life into something simpler and being more connected to your childhood and to your roots, into nature. I actually was in the UK for one day. I flew in especially just to record them. I arrived in London, which is a huge city. And then we drove for maybe two and a half hours north, and the city starts to fade a little bit and turn into nature sometimes. Slowly, we enter this countryside. And there is a small village with wooden huts. It’s exactly like the song. And I wasn’t expecting this at all to be as accurate to the song as it actually was. Yeah, it was amazing. The school did an amazing job. The kids were amazing. Everything was just perfect on this day and it was exactly what this song needed.”

BraveWords: For those fans who may be unfamiliar, how would you assess Israel’s heavy metal scene?

Yadin: “So the metal scene in Israel is very diverse and has a lot of very interesting and unique influences like Middle Eastern music. I can recall Orphaned Land and Subterranean Masquerade, which are great friends of ours. You can find thrash metal to groove to progressive metal like Distorted Harmony and Obsidian Tide and all of those great, great bands formed in this hot furnace of the Middle East. I don’t think there’s another place in the world that can contain all those influences. It’s like a regular thing. It’s nothing special, and it’s intense. Very intense.”

Noa: “We’re a small country and this is a very small metal scene. So the biggest band is obviously Orphaned Land and they can draw around a thousand people per show. Our biggest show was five, six hundred people around the last album release show. So there are a few hundred people in each show, but the number is not the topic. The enthusiasm of the people and this is what I actually miss the most about playing live shows. The audience is definitely the best part. People are always into the music. They know the songs. They dance. Sometimes I forget the lyrics and then I just hand them the microphone and they complete the lyrics for me. That’s a real story.” 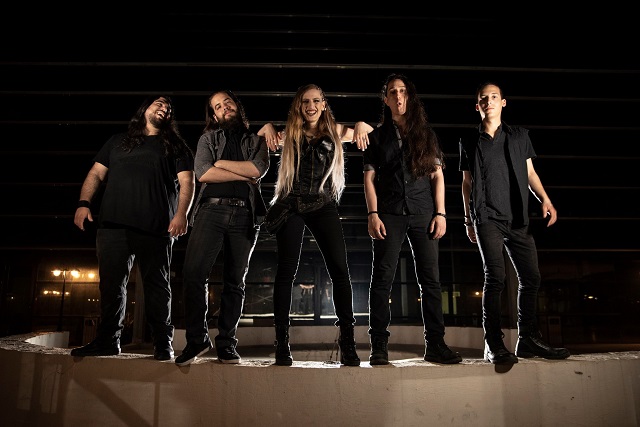 BraveWords: Here on the home stretch before the album release, how much of a priority has the idea of getting creative for the promotion of this album been? It’s certainly a polarizing time to release a record.

Noa: “Definitely. We are investing a lot of efforts into creating as much content as possible and to engage on social media as much as possible. And we had some very cool projects going on. Around this release, we have six videos. Two of them were released last month. We had one video released last week and one video that was released today, and we have two more videos that are releasing in the next month. So we have this going on. I’ve been working on video productions solely for a month now. It was like my full time job producing videos for Scardust. Other than videos we have this song called ‘Mist’ and we invited the audience to play along with us and to upload their covers ... we know a lot of our fans are musicians themselves. So it’s just a fun thing to invite them to play with us.”

BraveWords: For fans of Sands Of Time, how would you assess what Strangers brings from the band? It feels like a bolder new direction that still falls finely in your wheelhouse.

Yadin: “The new album contains the DNA of Scardust at its full. I think that we can be proud of it, if we’re putting it against Sands of Time. So this album is much, much more personal. It’s like the idea of being estranged. If it’s a guy or a girl you used to like or whatever, it’s so much more personal. And the music is I think on par with Sands Of Time, but a bit more modern I think.”