KATAKLYSM – “A Perfect Storm Of Defiance” 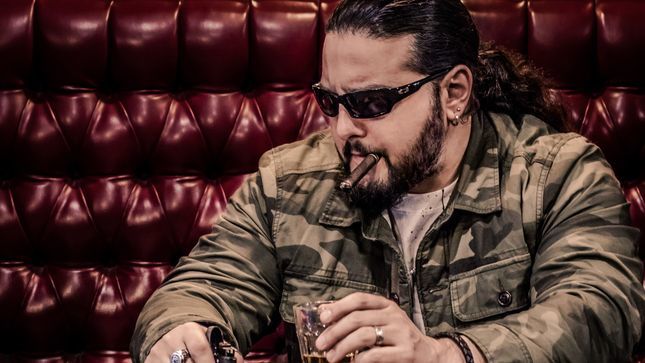 BraveWords: "So, on 'Icarus Falling'... a piano? Seriously?"

Maurizio Iacono: "(Laughs) Why not? Yeah, some purists will lose their shit... until the song actually starts."

Settling in with Kataklysm's intense and good-natured frontman, Maurizio Iacono, conversation begins with a look at the second-to-last song on the band's new record, Unconquered. The track is question begins and ends with, as mentioned, a piano, which is far from normal for the Canadian death metal legends. At this stage of the game Iacono knows, of course, that here will always be a small group of scorned fans screaming "Sellout!" for even the slightest deviation from the norm, but he's prepared for any fallout. Not that he's expecting any, as Kataklysm plans ahead for every occasion.

"That's why we released 'The Killshot' as the first single, because it's a heavy hitter," Iacono says. "We did that to tell the fans to calm down, everything is okay when they start hearing some experimental stuff on the album... like a piano (laughs). It's been a constructive and crazy ride doing this record."

Unconquered is the sonic bludgeoning present day Kataklysm fans hope for, delivered crisp and clean blow after blow for a memorable nine-song romp. In contrast, Kataklysm's previous record, Meditations (2018), seemed to come and go without much interest or fanfare. This is not an isolated opinion, and Iacono is on board with those fans that gave it a few spins but not much attention.

"When you start promoting a record you're always selling it by saying you had a good time making it and so on," Iacono explains, "but the truth is there was a lot of turmoil in Kataklysm when we were making Meditations. It was the first record where we had four heads involved, and when you have four heads involved you get pulled in different directions. I find that record has really strong moments, but there are moments where it just doesn't flow right. I'm not knocking the record - it did well for us and we didn't go in any weird or bad direction - but I find it's a bit choppy when you listen to it. We worked with Jay Ruston, who is more of a rock producer, so the record is extremely clean. It's very light in my opinion, so I think it was lacking in power. Coming into Unconquered we changed a few things around."

"The first thing we did is we went back to the way we used to write, which is me and J-F (Dagenais / guitars). All the big Kataklysm records - Shadows & Dust (2002), Serenity In Fire (2004), In The Arms Of Devastation (2006) - were written by me and him. And I don't know what was going on with me over the last year but I had a lot of anger in me, so I had J-F come up to Chicago and just spearheaded the making of this record. When J-F came in he decided to switch from a six-string to a seven-string guitar to beef up the sound, and it all started rolling fast and super smooth. The next thing is we had Colin Richardson (producer) behind the record, which is huge because he was retired. We sent demo tracks through Colin's assistant and he decided that he had to do this record. He was totally into it, and the production is much bigger than Meditations in my opinion."

"In general, there's a difference in how both records were handled, and I think we nailed it with Unconquered. This record came together easier. If you press play and go from beginning to end, it's a perfect flow."

And that flow is short, sweet and solid. Nine tracks, no bullshit.

"That was the mission," Iacono agrees. "That was something we felt that we needed to do, to step it up on certain things. It's difficult, though; we're 14 records in. You can't achieve complete consistency for 30 years. It's very difficult if you're not challenging yourself. Some bands are able to do that and they keep releasing the same record."

With Iacono and Dagenais taking over the songwriting for Kataklysm once again, the duo returned to form in a big way. This included calling each other out for not giving 100% if and when it was needed, which has been their long-standing way of working.

"We are absolutely our toughest critics. When we do something I might tell him 'You're getting lazy on this riff...' or he might tell me 'You're not giving it your best performance; put some balls in there.' We're not afraid of criticising each other because it's very important. The moment you stop doing that you're not putting the quality into the music. The cool thing is, once we're done with it we ask the producer who is mixing the record 'What do you think?' On Unconquered in particular, we were told by the producers - Colin Richardson and Chris Clancy - we should maybe go back and fix this or that. They were so involved in Unconquered and liked it so much that we did go back and work on stuff at their suggestion. In the end there was a general concensus of the people working on the record."

Kataklysm has always had a positive message underneath the piss, vinegar and fire that fuels them. As the lyricist of the band, Iacono has consistently injected positive energy into something that by nature is pure aggression. Unconquered is no different in that respect, and it's something that comes to Iacono naturally.

"I came up street heavy in a bad area of Montreal. I come from a place where you have to constantly prove yourself, and in the end you have to have that kind of positive attitude in order to win. If you don't have that confidence then it's just not going to happen. It's one of those things where I used my own life experience in the projection of Kataklysm because it's akways about a struggle. You're always struggling with something, fighting with something, so you need to believe in yourself to get through it or it's not gonna happen. I could have gone sideways so many times in my life and music always saved me. So for me it's an important message that I keep coming back to because that has defined my character."

"The reason for calling the record Unconquered... we're going towards 30 years. We started in our teenage years in high school, and we were innocent when we started this. It was pure heart. Coming through all those years, all those different styles of metal, all these changes, we're still alive and strong, still relevant, so I think the word 'unconquered' came easily when we were putting this together. I have it tattooed in Latin on my arm (Invictus), and I said 'This is the record where we bring back the beast; let's make a statement with it.' That's how confident we felt making it."

"Think about this," he adds. "It goes with the time period. This record is aggressive because we're in a dark period, I was in a dark period. I was fighting back because I wasn't feeling good, and that's pretty much what Unconquered is about." 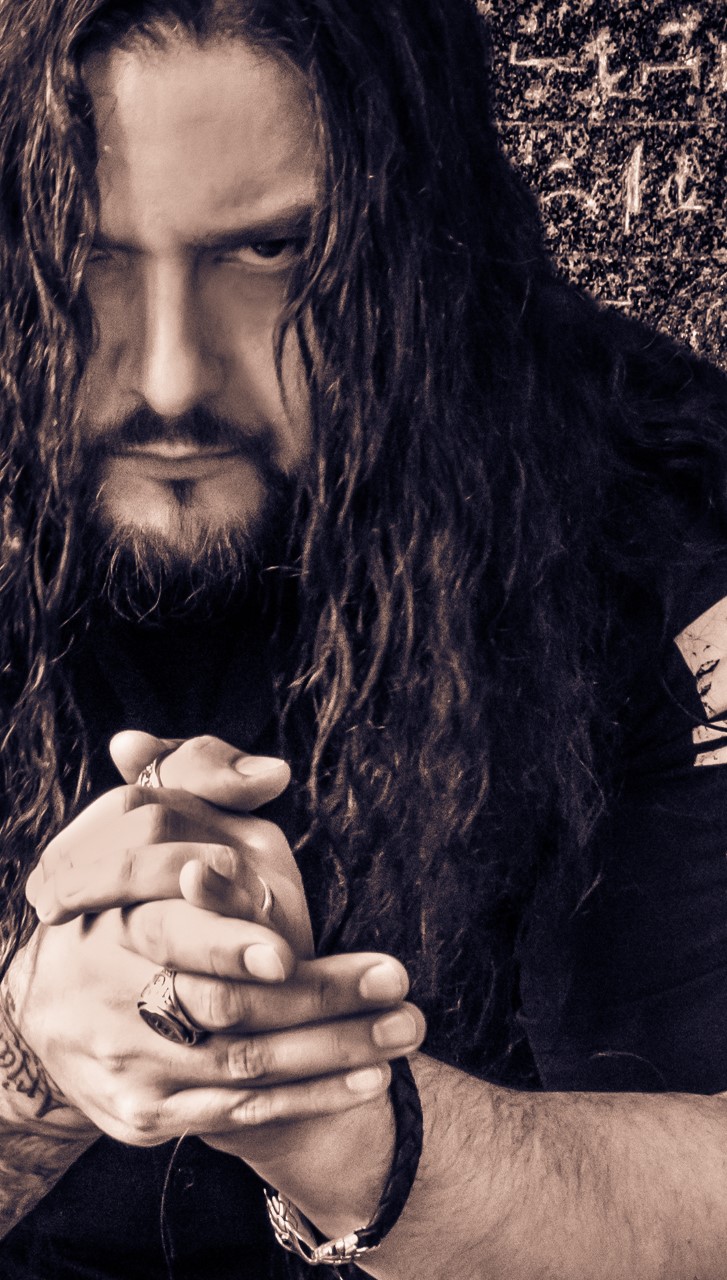 Iacono positive attitude bled down into the actual release of Unconquered. He has gone on record saying that the band's record company tried to discourage them from releasing the album this year due to the ongoing global pandemic. Iacono was having none of it.

"We were told, and pushed, not to release a record this year. Nuclear Blast wanted to release it next year. That was the label being protective and I really admire that, and I appreciate it, but I said 'No way.' We have no idea what it's going to be like next year. Right now it's a dark time and people need music now. For me that's an important message because we're the ones taking the biggest gamble as far as our careers are concerned. It's more about who we are as musicians first, because our message is important and we want to put it out there. Like you said, there's a positive energy in Unconquered. Music is made to uplift people, it's therapeutic, and that the reason we're here. It's not just about business."

Which is something that can only help Kataklysm's popularity / cult status amongst their fanbase. They aren't the biggest band in the world and never will be, but the band remains a legendary force to be reckoned with by anyone that follows them.

"I think the fact we never blew up huge helped us," Iacono says of their success, which is noteworthy after 30 years. "When you get too big too quick, or you just get big at some point, you tend to forget all the hustle and all the work that went into making the band, and you have to maintain that. I think Kataklysm navigating that middle class type of environment in our career helped us. Winning a Juno Award didn't change anything in our career, for example, but it did give us a stamp of approval amongst the moms and dads as well as our fans (laughs). In the end it's about consistency as a band, keeping things going for the fans and having new people get into it."

"You have to keep the loyalty of the fans in mind. I don't believe it when artists say 'I do this for myself, I don't care about the fans and what they want.' That's overconfidence to me. In our case, we have to remember the followers that have been with us for three decades, some of them, and at the same time you want to be modernized so you can appeal to the younger crowd. It's a difficult job and I think Unconquered has accomplished that. It's able to do both."