KISSIN' DYNAMITE - Living The Good Life On This Side Of Hell 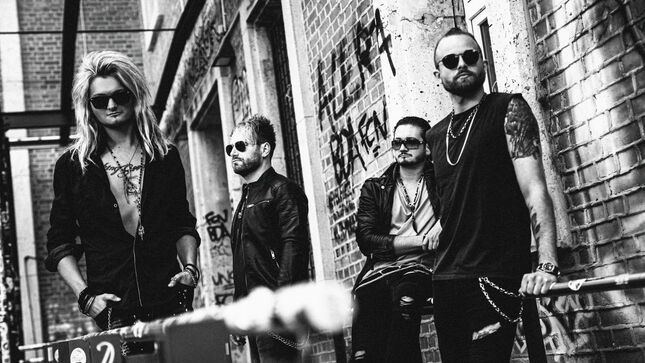 We live in an age when metal and rock aren't supposed to be "fun", yet Germany's Kissin' Dynamite has never shied away from keeping their music - image included - upbeat and shamelessly positive. They're not alone in this, of course, but they've had an impressive amount of success compared to some of their peers. Seven albums in and very little has changed for the band save for a downturn in the use of hairspray and the departure of founding drummer, Andi Schnitzer. Simply put, Kissin' Dynamite's new record, Not The End Of The Road, picks up where 2019's Ecstasy album left off. According to frontman Hannes Braun and his bandmates, life can be good even during the worst of times, and their new album is a love letter to that end.

"Basically, there are two options that you have," Hannes says of his band's sound. "Follow the mainstream in metal and do what everyone else is doing right now, or not give a shit. And we choose to not give a shit. If we follow a sound that is successful right now, we're not speaking from our hearts. We do what we feel inside, and that's inspired by bands like the Scorpions, Bon Jovi, Def Leppard, you name it, because we've always celebrated that kind of music. I respect everything that's out there; I just don't want to do extreme metal."

"We're with Napalm Records now and they're quite a heavy label," he adds, "so of course our music sounds like pop music to a lot of Napalm listeners or followers. I can understand that so I'm not even mad. We don't force anyone to listen to our music. This is our passion and that's just the simple truth, and we will do it as long as we are able to."

With Not The End Of The Road being album #7, there's the lingering question of whether Kissin' Dynamite worries about getting bored of their own formula even though they remain passionate about their music.

"That's an interesting question because I'm a bit scared every time there's a blank paper in front of me and I have to start writing," Hannes admits. "I say that with complete self-esteem because it's honest. I'm nothing special, I'm not a master of my craft; I'm just a normal guy who wants to put out good music. I need to get things moving, to get a feeling in order to calm my nerves and really get down to work. If I get one song done I'm happy as fuck because that's my starting point."

"The best thing that can happen to you when writing a song is real inspiration, and there has been a lot of that over the last two years. The pandemic, depression, and frustration are all part of that, but there has also been hope, and even euphoria after two lockdowns to get back on a real stage. The last two years have been an emotional rollercoaster and I really took advantage of that, turning all of it into songs."

"The song 'Scars' is autobiographical because I was going through a hard time like everyone else. It was a song that I wasn't sure about whether it belonged on a Kissin' Dynamite record, but then I thought that's what I actually wanted. As an artist you don't want to repeat yourself, you want to widen your horizons. I think this album has something to offer that has never been done in Kissin' Dynamite's career before. But, of course, we have songs that are typical Kissin' Dynamite tracks." 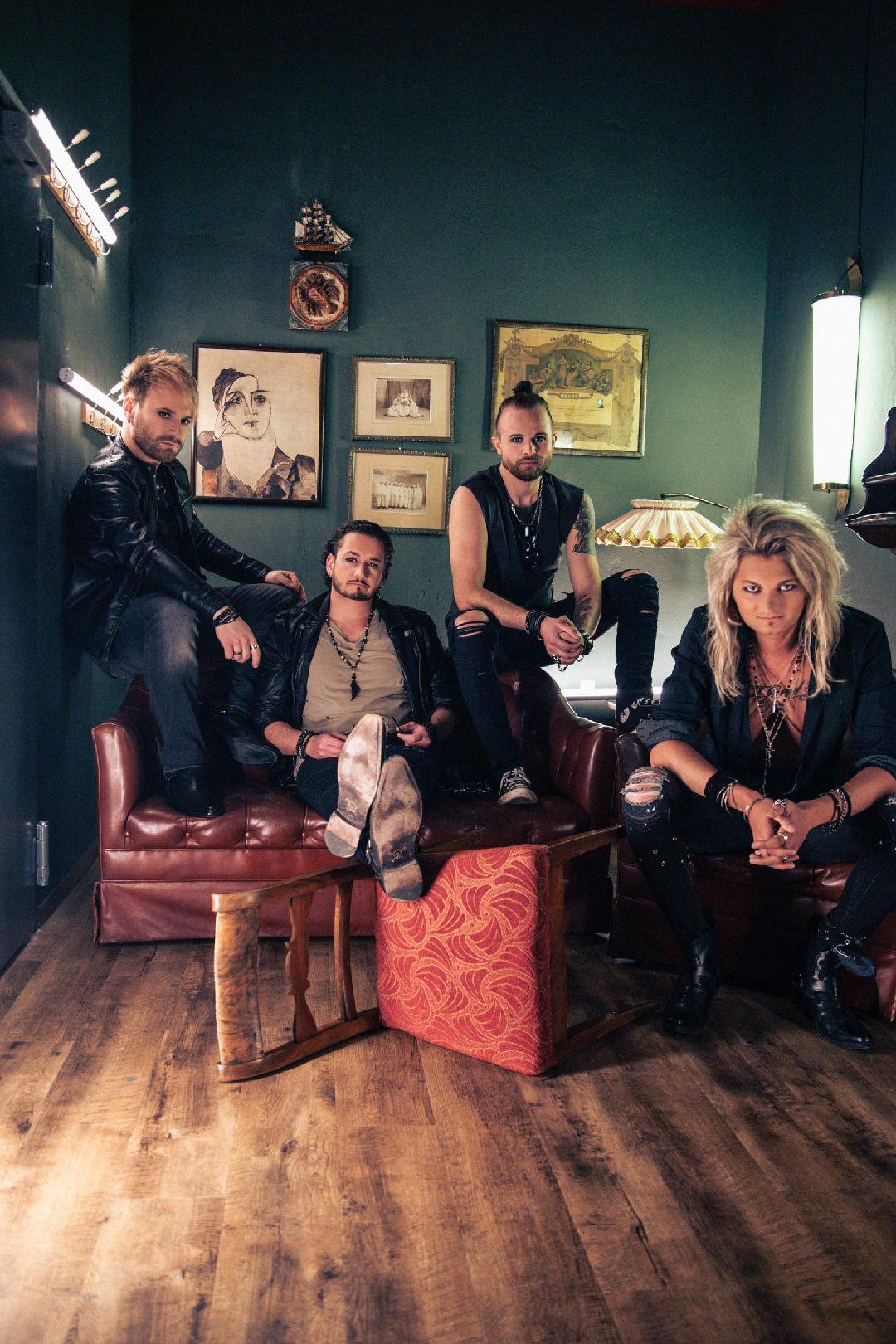 Hannes produced and mixed the new album before passing it on for mastering, and he wrote the bulk of the music. Kissin' Dynamite has always been his baby, but even more so these days.

"I more or less create the whole sound here in my studio and then send demos to the other guys. They either say yay or nay, and if they say nay we talk about it and find a way to make things work (laughs). Most of the time they are in agreement with me because I don't send them stuff I'm not convinced of myself."

He goes on to explain the workload that goes along with juggling his various roles in Kissin' Dynamite. One can't help but wonder if he could see going back to the days of hiring a producer to take the pressure off.

"At first it sounds like a good thing to do, just sitting on the couch and waiting to go into the vocal booth to sing my tracks, but I honestly don't think that's going to happen. I'm a perfectionist and I have a clear vision, and it's almost impossible to find a producer that shares your exact vision. The disturbing thing is sometimes I write a song and I'm almost finished, and I say to myself 'No, not good enough.' I rethink things, I start from scratch again and again, so I wouldn't want to put a producer hired to work with us through that (laughs)." 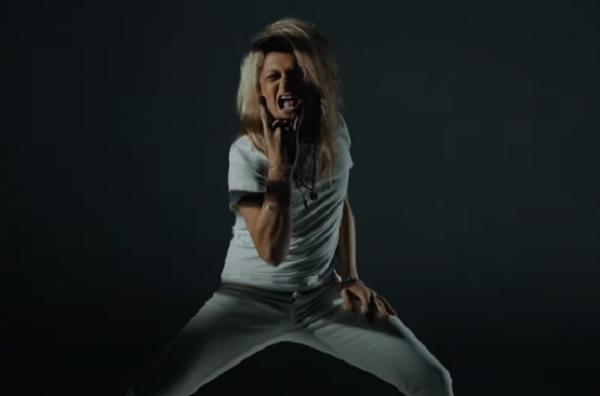 Perhaps the best testament to Kissin' Dynamite's commitment to their craft and musical direction is being able to pull off the feel-good single "Good Life". If the name "Bon Jovi" was attached to it the world would be singing along.

"Do you know why it works? Because there is that truth in not knowing what you've got until it's gone. That wasn't the initial moment when we wrote that song, but if you have a shit life because you're sitting at home and can't do what you should be doing, then you appreciate the good life you had before. It's logical to me that we wrote it."

"I also think 'Good Life' is what Kissin' Dynamite stands for. We don't write songs criticizing politicians or any of that dark stuff. We have always been a band that looks at the bright side of things. That's why we released Not The End Of The Road; because it shows an optimistic side to things. It's very healthy for us and it makes us feel better."

Not surprisingly, the band jumped at the chance to get back on the road even for a short time as lockdown measures loosened up in their native Germany last summer. One particularly memorable and decidedly strange show in Nuremberg saw them play to a crowd seated in beach loungers (during the well-attended Strandkorb Open Air summer concert series) on a stage built higher than any found at the average metal festival.

"We've played weirder shit," Hannes laughs. "Last year we also played some drive-in cinema thing in front of 800 cars. Luckily the weather was good so a lot of people just sat on the roof of their cars, so we could actually see some real faces. But it was weird because we could hardly hear the applause and there was no interaction. We were getting the flashing lights and honking horns, but that was really weird."