LEE AARON – Back On The Rock N’ Roll Radar

Over the course of her 30-plus year career vocalist Lee Aaron has been known as the Metal Queen, a rock goddess, a jazz singer, and these days she's hailed as a Canadian music icon. There are also a couple people that call her Mom. All of these elements led to the making of her new album, Fire And Gasoline, erroneously called a comeback by some people even though she's been active on the live front both as a rock singer and jazz artist for years. It's a record that hints at the bulletpoints in Lee Aaron's career but isn't a rehash of her glory days, much to the admiration of some fans and the chagrin of others, which is the only way she knows how to fly.


During the press junket for Fire And Gasoline, Lee addressed her Metal Queen days (1984) saying in an interview that she equated the era with theater, much the same way Vincent Furnier masquerades as Alice Cooper. It's a title she's proud to wear even though the new album isn't even close to being metal. Back in 2009, however, Lee expressed her disdain in a Metal Hammer interview at having been stereotyped as "metal forever" thanks to the Metal Queen image because it was "definitely a barrier to being able to move forward musically." She's since come to terms with that part of her career.

"I think it's far less true now than it was back then," says Lee. "I think now that I've come full circle, I've ventured into make sort of an alternative rock album in the '90s - a couple of them, actually - and I went on from there to make a jazz record in 2000. Now that I've done other things I think it's changed public perception to some degree, so I no longer look at the Metal Queen image as an albatross. Nowadays I hear people calling me Canada's Queen Of Rock or Canada's Reigning Metal Queen, it's more a title of honour. I feel more comfortable with it now, and I think my fans have grown up, too."

Which explains why Lee had no compunctions about re-recording "Metal Queen" in 2013 on guitarist Sean Kelly's critically acclaimed companion CD for his book, Metal On Ice.

"Well, I also had some arm-twisting from Sean Kelly (laughs). When Sean asked me if I would re-cut 'Metal Queen', I knew it was meaningful to a lot of rock fans that grew up with it. It was a groundbreaking tune of  female empowerment. And you know what's really cool? Rolling Stone US just put together a playlist of Fabulous Ladies Of Hair Metal, and that track is #3 on the list." 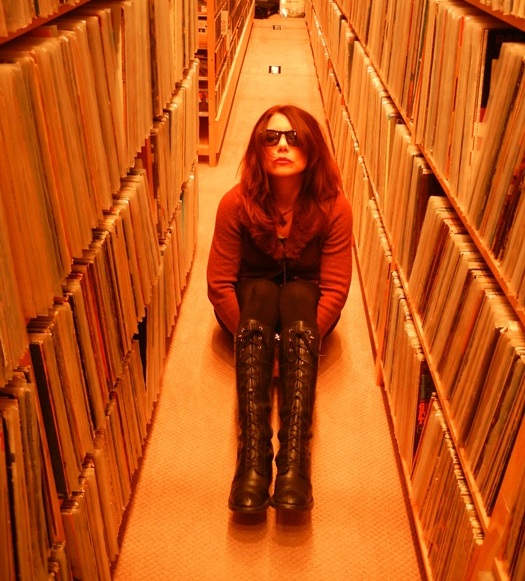 "Sean is such a nice guy and we ended up collaborating on the interview for the Metal On Ice book," she continues. "That book filled a gap for Canadian music history journalism that had been left out because all of these great rock bands from Canada have kind of been pushed to the side. They're not the Neil Youngs or the Joni Mitchells or the Gordon Lightfoots, but they made a huge impact on the Canadian rock scene and they've kind of been left out of Canadian rock history. I think that in a way, by bringing us all together and writing that book, it enabled us to feel a lot more proud of our Canadian rock heritage and our contribution to our industry."

Metal On Ice not only put Lee in the spotlight again, it was the catalyst for their songwriting partnership which eventually led to Sean becoming a member of her live band.

"The manner in the way Sean approaches stuff, he's such an articulate man and well-versed in the way he presents things, we just hit it off right away. One thing led to another over the course of doing the Metal On Ice companion CD and the concert. We talked about how it might be fun to do some writing together. I'd been putting bits and pieces of material together over the course of the last decade here and there, because my big hiatus has really been for motherhood. Between the ideas that Sean and I bounced back and forth, and the material that I had, before I knew it I had a rock record ready to go (laughs). And that led to 'You should really join my band...'"

While there are probably a handful of fans holding out for an album featuring songs in the vein of "Lady Of The Darkest Night', "Beat 'Em Up", "Night Riders", and yes, "Metal Queen", most folks guessed correctly that Fire And Gasoline was going to be a completely new chapter in Lee Aaron's musical legacy.

"It's a rock n' roll record," she says. "I think it would have been a huge mistake to make an album that sounds like something I did before. Doing that doesn't show any growth as an artist or a writer. I think the guitar playing, the fact I used my live band in the studio, and that we recorded it in the same room live off the floor made a huge difference in the way the record sounds. I think all these songs belong on the same record even though they're different from one another."

Lee dismisses the suggestion that lead-off single "Tomboy" is a tip of the hat to her Bodyrock album from 1989, which was a major breakthrough for her at home in Canada. The song goes much deeper than that.

"It wasn't meant to be a Bodyrock re-hash because that would be a mistake; we're all 25 years older. The song 'Tomboy' was written for my daughter because she's 11 and she's a tomboy (laughs), and in the history of Lee Aaron, I've always embraced themes of female empowerment. I look at my daughter and I see that she's not exactly like all the other girls; she just marches to the beat of her own drum. I was a lot like that. I think that when you're a younger woman you're more caught up with people's perceptions of you, and when girls start to become teenagers they have this great energy that translates as 'I don't care what you think of me.' When you get over that as a woman like I have, me and her are kind of in the same place now. There was a mutual mission in writing that song. It was inspired by my daughter but I realized it meant more." 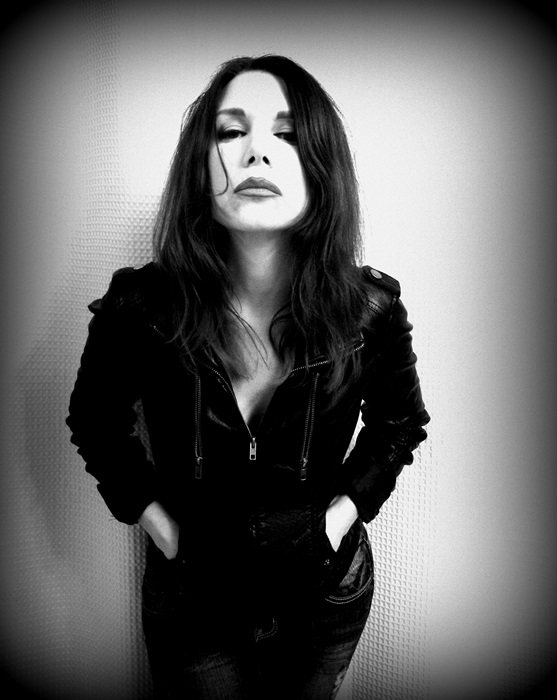 Rock album though Fire And Gasoline may be, Lee is quite happy to not let people forget about her jazz and blues influences on tracks like the punked "Wanna Be" and 100-in-the-shade blues of "50 Miles".

"That wasn't a conscious thing," Lee admits. "To be honest with you, I used to write that way a lot. When I was under a label contract my co-writer at the time, John Albani, we'd write songs and take them into the label because we had a quota. They wanted to hear at least six songs a month during our writing period, and then we'd get feedback. They'd want something that sounded like a current hit and I found that I'd get sidetracked in my writing and really worried that the songs weren't radio friendly. I was overthinking the process and that lacks some authenticity. John and I would end up picking the very first songs we wrote and the last songs from the end of the writing duration when we'd finally thrown in the towel and said 'We don't give a crap anymore.' Those would be the songs that would end up on the record, not the shite from in between when we were thinking about it too hard."

"With this album, I don't think I have anything to lose. I'm of the mindset that I was going to let the songs flow naturally, and whatever came out we'd tie it all together in the studio with the same band, the same guitar tones, the same keyboard sounds. Obviously, having my history of jazz and blues, it would be crazy to think that wouldn't creep into my writing somewhere. The whole intro for 'Wanna Be' is actually four times as long as what's on the album, but we edited it because the distributor felt that for the third track in it was just too much. We'll probably put out the complete version out at some point. The complete jazz prelude to a punk song; why not? (laughs)."

As for Fire And Gasoline being dubbed Lee Aaron's long awaited comeback album...

"In terms of being in the forefront in a commercial way, if that makes any sense, I have been off the pop culture radar for a few years. I've been doing a handful of live shows every year and I've been really busy raising my kids. I recently did an interview and I mentioned that when I was six-and-half months pregnant with my daughter I did a cross-Canada tour. There's YouTube footage of me out there singing some jazz songs and I am large (laughs). I was wondering why I let them film me, but I sang well; it didn't affect my voice. I remember flying from Newfoundland back to Vancouver after the last show of the tour, I was almost seven months pregnant, and my feet were so swollen by the end of the flight that I couldn't get my boots on. I thought 'I'm just gonna have this baby and make another record, keep touring and doing what I'm doing...' You just don't know how dramatically your life is going to change once you bring a little human into the world. We had this little girl that screamed every time we put her in her car seat and I thought 'How did I ever think that I'd just travel around the world with a child?' It was crazy thinking. So yeah, I've been off the radar to some degree but Fire And Gasoline will put an end to that (laughs)." 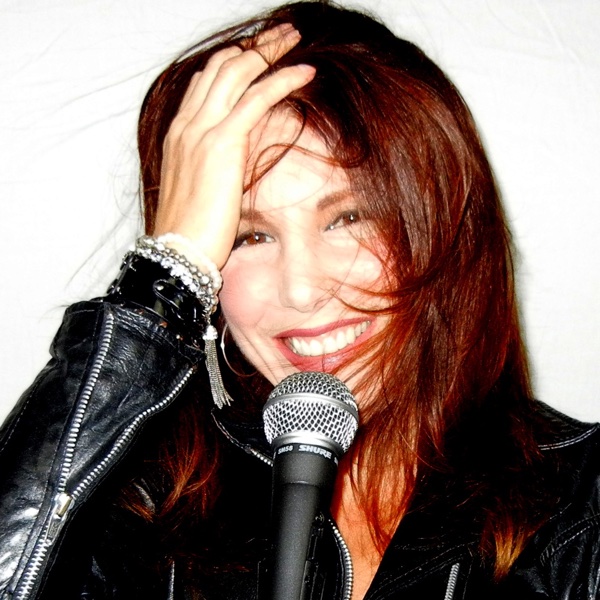