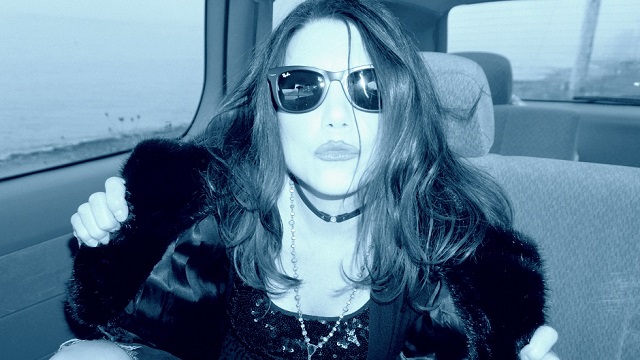 In 2016, Canada's former Metal Queen turned rock icon Lee Aaron released what was viewed by many as her comeback album, Fire And Gasoline. Not particularly accurate in that she's been releasing music and touring ever since she went "away" in 1996 - more on that later - but the album was in fact her first full-on rock release since 1994. Whether it was as strong as her work from the '80s and early '90s is a matter of taste, but Fire And Gasoline laid the groundwork and kicked open a few doors to allow for renewed interest in her career and an impressive follow-up album, Diamond Baby Blues. It's a record that serves up no-nonsense blues-heavy rock n' roll and shows off yet another side of Lee Aaron's musical personality. It's also a message that says she's still in it for the long haul thanks to Fire And Gasoline, ready to take another bold step forward.

"It feels fantastic because I'm making records that I really love and really want to make," Lee says of Diamond Baby Blues. "There's no record company pressure like there used to be to create art that fits into a mold. I'm able to create art that I like and I love, and work with the people I want to work with. The biggest stressors for me these days are balancing family, my children, because they're still in school and they need a lot of support. And not only are the navigating academia, they're dealing with social dynamics and hormones so they really need their parents to be around. I strive to keep a balance between my personal life and music. It's always a delicate dance. It certainly keeps your feet on the ground, it keeps you humble because just when you think you're pretty special, you're not (laughs)."

It turns out that Fire And Gasoline was the jump-off point for the creation of Diamond Baby Blues, but not in the traditional sense of album release / feedback / tour / feedback = renewed energy and inspiration.

"Believe it or not, this album was already recorded and mostly finished when we went on tour last summer," Lee reveals. "We recorded it on Spring Break because everyone had some time; we went out to the studio and laid down all the bedtracks, and I had most of the vocals done before the tour. From there it was just some small things to fix up like backing vocals and extra keyboard parts. We were just so excited from the response we got for Fire And Gasoline, so I just booked some studio time and said 'Okay, we're going in on March Break...' but we didn't know what we were going to do (laughs). I talked about doing some covers that I always wanted to record, and the suggestion of doing an album of half covers, half originals came up. Then came the question of how we wanted to approach that. Some people do covers records that are an homage to a certain artist, like doing all David Bowie songs or all Led Zeppelin songs, but our idea was to take these songs we'd chosen, deconstruct them and make them our own, and we made that the template for the (original) songs we wanted to write. But, we knew we were going in more of a rootsy, hard blues direction before we even wrote the material."

"I got my feet wet and learned about production," she adds. "I've produced my last four records, and on Diamond Baby Blues, John Webster, (who has worked with Aerosmith, AC/DC, Bon Jovi, Mötley Crüe, Scorpions and more) co-produced with me. I've ended up with a product that I'm so completely happy with, and that's gratifying. Our philosophy going in to do this record was to keep it even more stripped down that Fire And Gasoline. Some of the songs have one guitar track, like 'My Babe'. I also think that, as a band, we got our footing a bit more and hit our stride as a unit. It was easier to make a slightly more cohesive record this time."

Diamond Baby Blues is a 12 song romp featuring seven covers and five originals, all sharing the aforementioned hard blues direction. Younger fans can be forgiven for perhaps not knowing the songs originally recorded by Koko Taylor ("I'm A Woman"), Tom Hambridge ("Cut Way Back") and Little Walter ("My Babe"), but drawing a blank upon hearing Lee's versions of "Mistreated" (Deep Purple), "Black Cat" (Janet Jackson) and "You're No Good" (Dee Dee Warwick, not Van Halen) is a sin. And across the board, Lee brings her trademark vocal magic to the tracks. Of all the cover songs on offer, only "Black Cat" is a surprise yet it fits perfectly on Diamond Baby Blues. 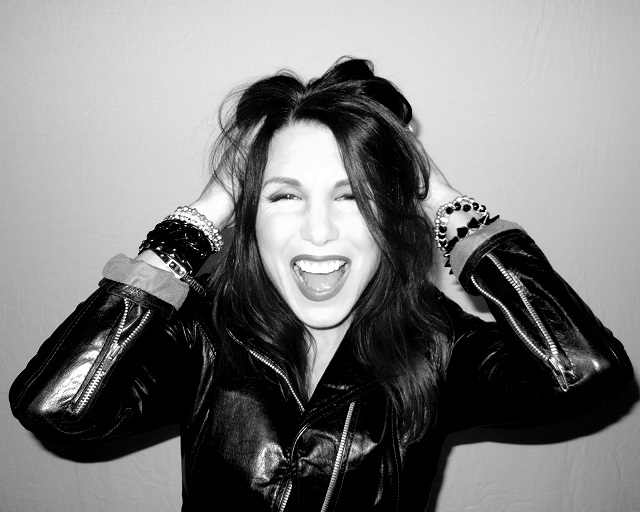 "That was a last minute idea brought forth by (guitarist) Sean Kelly," Lee reveals. "I'd pretty much curated the songs that I wanted to attempt, and Sean sent me a text asking me what I thought about covering Janet Jackson's 'Black Cat'. I went back and I listened to it on YouTube, and it's a bad-ass tune. I did some reading and found out she wrote it by herself and I was impressed by that, because I think we all tend to think of Janet Jackson as a Quincy Jones product. The song hasn't really been covered a whole lot. But, I asked Sean if he was sure about it because I didn't want to get ripped apart by the European hard rock fans who think it's a pop song. When he came in and played that Rolling Stones-ish riff at the beginning I understood where he was going with it and I was comfortable with the idea (laughs). Sean is amazing. I don't even know how to describe the immense asset he has been to this whole band."

Lee's official studio album count stands at 12 with Diamond Baby Blues. From metal to rock to jazz (when she fell off the rock world radar in 1996), then back to rock, there have been definitive eras in Lee Aaron's 30+ year career. Sure, some diehard fans that grew up with the Metal Queen sex kitten were put off when she released hard rock fare like Bodyrock (1989), Some Girls Do (1991) and Emotional Rain (1994), but the fact she's still relevant in 2018 as a rock artist speaks volumes of her appeal. Argue amongst yourselves, but she's always had that "something" that draws people in.

"It was the '80s more than at any other time when I felt that I had to fit into a mold," Lee says of her career. "In the '90s the albums that I made probably leaned in that alternative direction, but I was still pretty young when I did those records. I think I was in my late 20s when I did Emotional Rain. I loved grunge music because by that time corporate rock had gotten so shitty. We needed a change just like when punk came along, we needed something to come along and shake things up because it was just getting very redundant. So when I did those albums in the '90s I wasn't trying to fit in, I was following my muse." 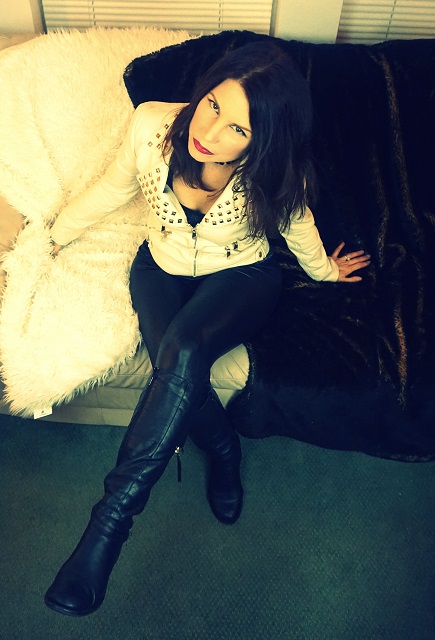 As for the connection to her audience remaining intact through all the changes along the way...

"I don't know what it is. I don't have a massive following, but what I do have for a following is very loyal. The new album.... I couldn't believe how many CDs I had to sign for the Pledge Campaign. The fans are into the new music. It's a relationship that works for me because I'm only happy if I continue to create. There are a lot of bands out there - there is certainly a circuit in Canada - that can continue to go out and play even though they haven't made a record since

1985. I don't find that rewarding so I'm very happy that I have fans into the idea that I'm making new music. Nothing is more rewarding than getting up on stage and looking into the audience and seeing people singing along to the new songs."

New songs "Mistreated" and "Diamond Baby" were road-tested in 2017, to rave reviews, and fans can expect to hear more material from Diamond Baby Blues as well as the expected hits when Lee hits the touring trail this year.

"We've already integrated 'American High', 'I'm A Woman', 'Mistreated' and 'Diamond Baby' into the set, and that's on top of doing some songs from Fire And Gasoline and having to include a contingent of my older material. I can't play a show without doing 'Watcha Do To My Body' and 'Metal Queen' because people wait for those songs. It's a bit of an art structuring the sets these days and striking that balance between new material and the hits people want to hear. The nice thing is we keep a bunch of songs in our arsenal that we rotate in and out of the set, because the European audiences like some songs that were never a big deal in Canada. It keeps things interesting and fresh for us, too." 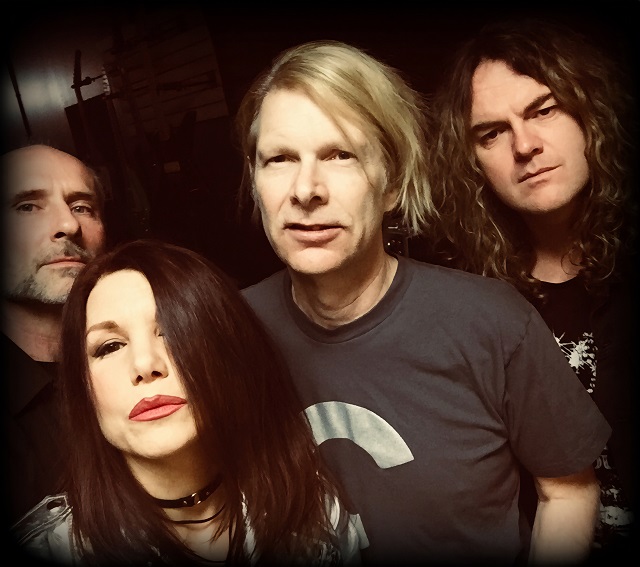 Reactions to Diamond Baby Blues and Fire And Gasoline are proof that Lee Aaron is no longer the novelty act that she and other heavy metal / hard rock women were in the '80s. It's about her voice and the music rather than lipstick and leather marketed to a hormone-charged male audience, which she finds gratifying this far from the '80s starting line.

"You're right to say that female rockers were a novelty back then because there were hardly any of us, so it was a blessing and a curse. It's definitely cool that women are perceived differently these days, and I like to think that all of the angst I went through in the '80s has paid off. As a young girl I went through a period with my first manager where I was struggling with not wanting to be marketed and exploited like a little sex kitten, but that was the way they did things in that era. I was entirely uncomfortable with that and I have regrets about some of those things that went down. Up until Bodyrock, I did feel that it was an uphill battle for credibility. I weathered through a lot of disrespect and sexist attitudes to get to a point of finally being taken seriously. That certainly didn't happen overnight for me, but I like to think that the crap I went through was worth it. Somebody had to."