MADAME MAYHEM – Are You Ready For Some Mayhem? 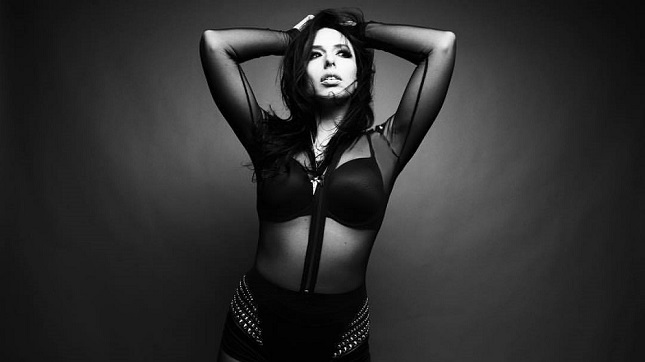 New York rocker Madame Mayhem has a sexy and striking look. Combined with a confident and rocking attitude, Ms. Mayhem makes a great frontwoman. On her second album, Ready For Me (released Oct. 20th), she and her band have created an accessible slab of modern pop rock with just the right amount of edginess on its 13 tracks. Her 2015 debut full-length album Now You Know was greeted with mostly positive reviews, and she’s hoping this new one will get an even bigger response. Madame Mayhem landed the opening slot for Fozzy’s upcoming European tour, and she’s ready to rock. So get ready for Madame Mayhem.

BraveWords: Your European tour with Fozzy starts on October 27th. How stoked are you?

Madame Mayhem: “We’re super excited. It’s a huge opportunity for us because we as a band, have not traveled over there to do a full tour before. It’s real exciting for us because it comes at a perfect time, our brand new album comes out on Friday (Oct. 20th). We’re also sharing a bus with Fozzy, so we’re all going to be one close family. I have met Chris (Jericho) before and he’s super cool. We do share a guitar player most of the time, which is Billy Grey. Whenever Billy’s not playing with Fozzy he’s usually with me. We’re actually going to be sharing a guitarist on this run. So it’s really going to be like one happy family.”

BraveWords: Your new album, Ready For Me, was produced by Corey Lowery — brother of Clint from Sevendust — and mastered by Ted Jensen at Sterling Sound Studios. What were you going for sound wise?

Madame Mayhem: “We were just really trying to sound like the kind music we like to listen to. I listen to modern hard rock bands and that’s what Corey’s really good at. So it ended up working out easily. We just tried to write songs we like. If one of us had a riff idea or lyrical content, we tried to find music that would match that. Corey, Clint and I would go back and forth sending ideas until a song got put together. Then I would fly to Atlanta and record with Corey as we put the finishing touches on finalizing the writing of the songs.”

BraveWords: Compared to Billy Sheehan producing your last album, what did Corey do differently?

Madame Mayhem: “I was able to actually write with Corey on the album that Billy produced. Corey and I co-wrote the two singles that were from Now You Know, ‘Monster’ and ‘Left For Dead.’ Billy Sheehan gave us the blessing to keep writing. They were both very different experiences writing and working with both Billy and Corey, but they were both similar in the fact that it was easy working with them. Both of them are like big brothers to me, so I trust them completely. It’s really easy to spill my guts and I can tell personal stories in the songs. I’m not afraid to put my musical ideas down. So in that sense, it was very similar.”

BraveWords: You’ve managed to surround yourself with great people. How nice is it to be treated so well by your peers in the industry?

Madame Mayhem: “It’s a great feeling. I’ve been doing this for a few years now. It takes time to find good people, and I feel like these are my people. I love and appreciate the fact that they respect me as one of their equals as an artist and a performer, being that they’ve had so much more experience than I have. They’ve been in this industry for a while now and they’re kind of like mentors. And the fact that they put me on an equal level means the world.”

BraveWords: As with your first album, there’s a lot of personal lyrics and emotional qualities. What was your mindset while writing this album?

Madame Mayhem: “It was really therapeutic for me. As years go along, things happen. Situations in life happen. Frustrations come about and my real outlet for all those things that were happening in my life were to go and write these songs. That was the purpose behind it. Everyone’s going to find out my deep dark secrets and everything I’ve gone through! But more than that, I hope people can apply it to their own lives and make it relatable to them. Whether or not the song meant something to me when I wrote it or for someone else later on when they listen to it. For me, music is really important in that sense. Going through tough times or just wanting to rock out, whatever the song may be.”

BraveWords: The first single, “All Around The World,” is such a catchy tune. What’s this track about?

Madame Mayhem: “I really just wanted a straight forward hard rock song that was just to the point. What I’m writing and singing about in the song is just about this rat race that this world has become today. The frustration of trying to break through in any industry that you’re trying to be in, or to just try to get on with your day. Everyone is in their own head and you’re talking to someone and no one’s listening. Everyone thinks they know better. I was just getting so frustrated about all these situations. I really feel like the way that we wrote this music fits that perfectly. If you don’t want to get into the thought of what the lyrics mean, you can just rock out to it. Which is also really fun.” 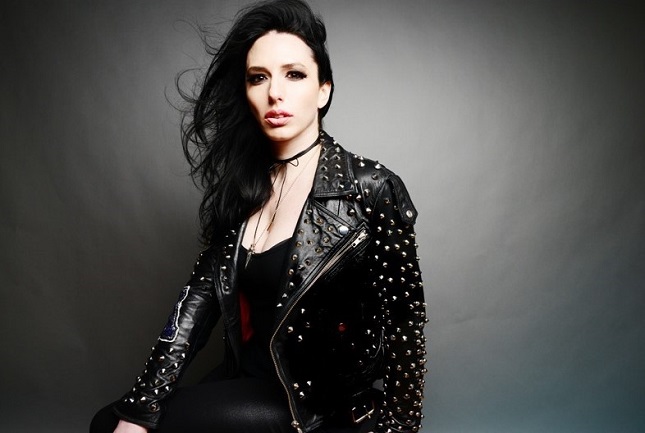 BraveWords: The music video was done by Industrialism Films, who also produced your videos for “Monster” and “Left For Dead.” What was the video shoot like? It’s very conceptual.

Madame Mayhem: “We were in this warehouse out in Los Angeles. We found this really cool place. Industrialism Films are really awesome. We got extras and did the masks. People need to definitely watch the video to get a sense of it. You see the camera is filming another camera which is filming us, which is the way this world is now, where everything is under the microscope situation. You really have to stand up and show yourself.”

BraveWords: Your image is sexy and tough. Do you feel that the current state of the music business is more respectful these days toward female musicians, or do you sometimes feel slighted in any way?

Madame Mayhem: “I think it depends. I’ve always been one to say, no, I don’t feel a difference. It should be based on how good it is or the talent, it shouldn’t matter if you’re a girl or a guy. As I’ve been in this industry, especially over the past couple of years, I’ve noticed two things. How people are way more open to accepting females in the rock world. Whether it’s an alt-female band, a female-fronted band or a female bass player, whatever the case may be. So I’ve seen a lot more chicks out on the road, and that makes me really happy because it’s empowering. At the same time, I do see situations of people making it a niche’ thing and less of the norm. Like, ‘Oh we can’t book you on this festival because we already have four girl bands.’ Well, I didn’t know there was a quota! In that sense, it’s a little weird. But I think the more girls who come out and rock it and more women who are out there like I am. Who are not letting people put us in that box or that weird size thing. I think the more of us that are doing it, and continue to do so, the more normal it will become. It’s definitely on a positive scale up, but it’s not quite there yet.” 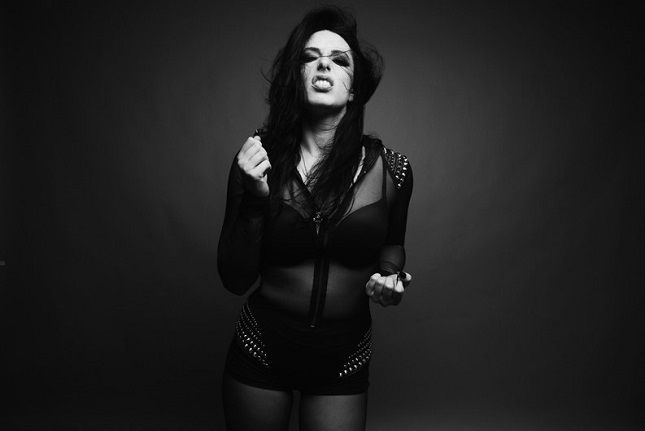 BraveWords: I saw somewhere that you’re a Reese’s Peanut Butter Cups fanatic and have quite the sweet tooth. Is that true?

Madame Mayhem: “Yes, it’s terrible! I have really good discipline and self-control when it comes to my craft; at almost everything in life. I wake up at the crack of dawn and work out every day. I’m so good about so many things in life; I do my work, I hustle. But when it comes to food, I love Reese’s. It doesn’t even need to be sweet, it just needs to be bad for you! I have no food allergies so I’ll just eat everything. If someone can’t finish their plate, I’ll finish it. Everyone from the other bands were making fun of me because after the show I’d have my Resse’s. Some of the crew would split a Reese’s with me. They’re all drinking beer and I’m eating Reese’s. It was hilarious!”

BraveWords: What’s next after the upcoming European Fozzy tour?

Madame Mayhem: “I’m always working. If we’re not on the road, I’m probably planning our next move or I’m writing music for our next releases. I love to keep busy and I love what I do. Besides creating music, performing is my No. 1 passion, and it has been since I was a child. So we’re always looking to tour. We’re currently trying to figure out where and with who for 2018. I just want to keep pushing. I’m really proud of this record, as well as the last one. If I can continue to tour and spread this new music to more people, then that’s the goal. So in 2018, expect a lot more Mayhem, in a good way!”