SEPULTURA’s DERRICK GREEN On Quadra – “Without A Doubt In My Mind, This Is The Strongest Album That We’ve Done Together" 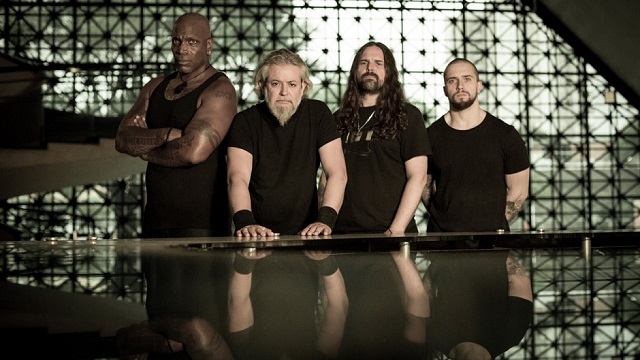 It’s hard to believe, but it’s already been 23 years since singer Derrick Green replaced Max Cavalera in Brazilian thrashers Sepultura. And the band – which still features long-time members Andreas Kisser (guitar) and Paulo Jr. (bass), as well as newer addition Eloy Casagrande (drums) – continues to go strong, as evidenced by their 15th studio album overall (and 9th with Green behind the mic), Quadra. Green spoke with BraveWords corresponded Greg Prato shortly before its release – explaining why he is so proud of the album, in addition to several other topics.

BraveWords: How does Quadra differ from previous Sepultura albums?

Derrick Green: “I think musically, it’s definitely something you notice right away. We really stepped it up in many aspects in everything that we do. In Andreas’ case, playing acoustic guitar and having more of that involved in this new album. I was able to really step up a lot of things – as well as melodically. Going more for that in a lot of songs and going for a wider range of voices. The album took an incredible pace – with so much energy and so much power. Paulo, our bass player, definitely stepped in as far as being able to play a lot of complicated songs and being able to do more things than he’s ever done in the past. There’s a lot of diversity on this album.”

BraveWords: What is the meaning of the album title?

Derrick Green: “Quadra is Portuguese, and it’s an actual playing field where games are played. The idea came from the fact that everyone is born into their type of ‘quadra’ – their area of the world. And there are certain rules and laws that people are passed on and abide by those rules and laws – without even questioning them. So, a lot of times, people end up following things that they don’t even know why. Or they hate something…they’re so adamant about hating something, they don’t know the reason why. Or they like something, and they don’t know the reason why – it’s just something that’s been passed on…each quadra, each place where each person is born. So, this album is really challenging those things that are set in front of us, and how we survive and what happens inside each quadra, and the respect that’s given or not given to people who are born in different quadras or different parts of the world. And just really connecting on those certain topics that happen socially.”

Derrick Green: “I was inspired to write that song about the American prison system – how dysfunctional it has been for so many years. And also, the technique that they use to punish the prisoners – solitary confinement. It’s something that I think is very inhumane, and I don’t believe it helps in any way – as far as a rehabilitation for the prisoner. I believe it actually makes everything worse for the prisoner and for anyone that is around that prisoner – after even being released. I think it’s a technique that is destructive in every way. It doesn’t work – in the sense that nothing has really changed. Actually, it’s made everything worse when using this technique. And really, the song goes into that, and also just the fact that it’s really something to question the American prison system, because we’re a first-world country, and we imprison most of our people more than any other place in the world. So, there are a lot of different things that need to be changed or removed, and really thought upon. So, I wanted to write a song about that.”

Derrick Green: “It was an incredible experience being able to play that song for the first time at Rock in Rio. It was a really exciting feeling. It was unbelievable. We’ve played Rock in Rio so many times, and each time, it’s always different. This time, it was a feeling of accomplishment, because we had just finished the album, and to play in front of so many people and to share the stage with so many great bands was such an unforgettable feeling.” 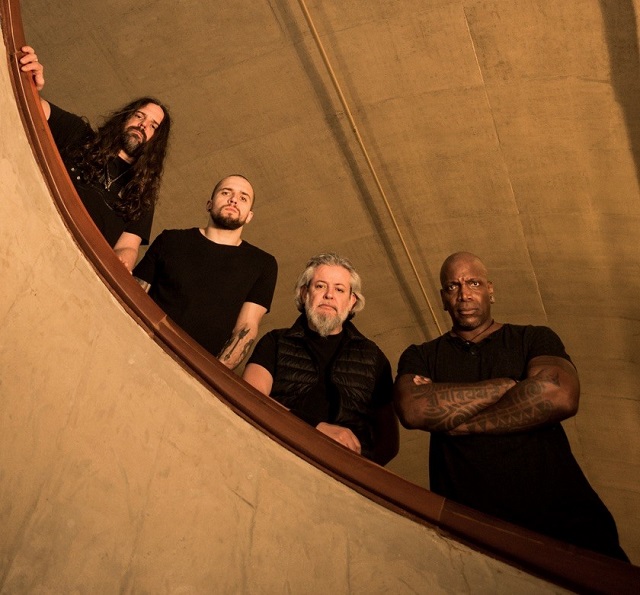 BraveWords: What about the track “Last Time”?

Derrick Green: “‘Last Time’ was about the epidemic that is going on here – but also in many places around the world – with addiction with drugs, and addiction in general. But I was really drawn into it, because I had moved back to the US over a year ago – I was living in Brazil for 20 years – and coming back to America, I realized there was this huge opioid epidemic going on, as far as people doing fentanyl and heroin. It was really alarming to me – a lot of people struggling with addiction. We live in a very addictive society now. So, I wanted to write a song about that.”

BraveWords: What do you think about the current state of heavy music?

Derrick Green: “I think the current state of heavy music is fantastic. I think it’s definitely on the upswing. There’s so many different bands and many places to play that are accepting of shows and heavy music. And there’s such a variety of heavy music out there now, so it’s very interesting to hear new bands. I think it’s just growing. It’s really something that is unstoppable. It’s something that’s expanding in so many different ways and being able to break borders and really open the ears to a lot of different people from different places in the world. So, I think it’s in a fantastic state.”

BraveWords: Due to the extreme nature of your singing style, how do you take care of your voice?

Derrick Green: “I have a routine that I do before shows of warm-ups, and warm-down after the show. I don’t partake in drinking alcohol before the show. Never. Not even a sip. And I think that’s helped with containing my voice for many years – we’ve been playing together for over 20 years, and fortunately, have never had to cancel a show because of a vocal problem. So, staying away from speaking a lot after a show – it’s really a discipline to get into. But when you’re there and traveling so far away from your home, you realize this something that is really important, and the whole reason why you’re out on the road is to do your job and be on stage. You really have to discipline yourself and stay focused on that. I’ve become really comfortable with the style that I sing, so I don’t use any type of medication or anything – for a pain relief or soothing thing – because I don’t want to become addicted to those type of things. So, that’s really worked for me – to do the vocal exercises before the show and after the show and stay away from excessive talking and alcohol before the show. It’s really worked for me very well.” 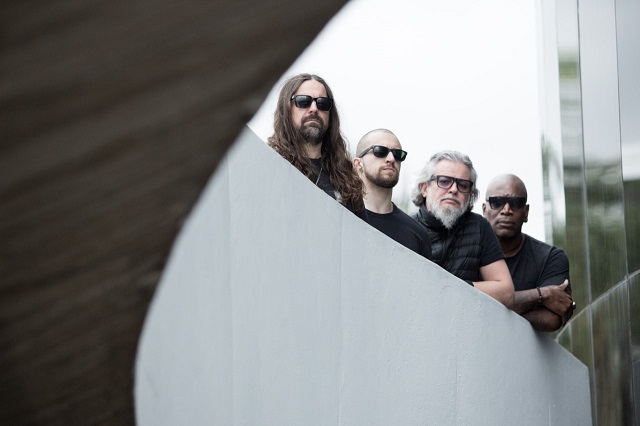 BraveWords: Looking back, which Sepultura album are you most proud of?

Derrick Green: “Definitely Quadra. It’s the latest album, and we really worked so hard on it. We have so many different elements from the past that have helped us get to here – where we are at right now. So, without a doubt in my mind, this is the strongest album that we’ve done together. And I’m extremely proud of it.”

Derrick Green: “Thinking back to 1997…I was just meeting the band. I would definitely say to that 1997 Derrick to relax and communicate. There are certain people in my life that I was too naïve and very young, and I lost touch with – because of my lack of communication and a lack of understanding how important that is. I would say to that 1997 Derrick Green to relax and communicate more – open up your feelings.”

BraveWords: What are the touring plans in support of Quadra?

Derrick Green: “The first thing we’ll do is set out on a North America tour starting in the middle of March, and we’ll be touring with Sacred Reich, Crowbar, and Art of Shock. We’ll be out a little more than a month, and then we plan on doing a lot of festivals in Europe. And at the end of the year we are planning on doing a European headlining tour.”