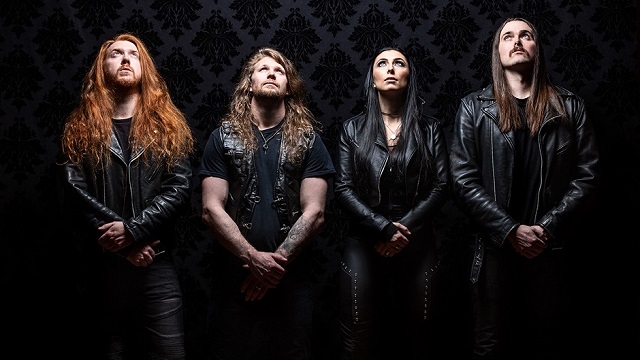 It has been quite the career trajectory for Vancouver’s Unleash The Archers. Active since 2007, the band has risen the ranks of the metal scene, turning heads on 2017’s Apex, released through Napalm Records. 2020 saw the power metal legion release Abyss to great fanfare and cemented them as a force to be reckoned with in the power metal world thanks to the talented musicians and soaring, unforgettable vocals of Brittney Slayes. The strength of Abyss hasn’t gone unnoticed as it has been chosen for "Metal/Hard Music Album Of The Year" for the 2021 JUNO awards. Abyss goes up against major heavy hitters in Annihilator’s Ballistic, Sadistic, Kataklysm’s Unconquered, Protest The Hero’s Palimpsest, and Vile Creature’s Glory, Glory! Apathy Took Helm!

The award winner will be announced tonight at 8 PM ET / 5 PM PT at cbcmusic.ca/junos. Slayes spoke to BraveWords about the JUNO nomination, feelings on Abyss almost 1 year later, reissues, touring plans, and more.

BraveWords: I have to ask the obvious question, when did you find out about the JUNO nomination and what was the reaction?

Slayes: “Well, we knew we were going to submit – Napalm [Records] was like, ‘We’re submitting you for the JUNO awards. So we’re like, ‘Okay, awesome!’ A friend of ours is on the Academy and is like, ‘Hey, I see you guys submitted. I voted for you to get past the first level of voting.’ I was like, ‘Oh, sweet. Okay, cool.’ And then we got an email from them being like, ‘Hey, you’ve been nominated.’ It was really crazy; they released a live video on YouTube and they did a little premiere thing for it. You know, how you can post a couple days in advance or whatever and say like, this video is going live on this day. And so they did that and then it was just a YouTube video announcing all the nominees. It was really crazy and I wasn’t awake at the time. The email came through by the time we saw the video, but Grant’s [Truesdell, guitarist] is an early riser, so he saw it and texted it. It was like, holy crap, you guys, we did it! It was a really cool way to wake up in the morning.”

BraveWords: The band is included with big names in the category like Annihilator, Kataklysm, and Protest The Hero. Did you listen to any of those albums too? How do you feel about the field?

Slayes: “I listened to a bit of Kataklysm and a bit of Protest The Hero, not as good as some of their past ones in my opinion. That’s just me though. The thing is, they’re legends and Annihilator is a legend so we’re up against some of the hugest names in Canadian heavy metal ever. I have very small hopes that we will actually win because I feel the others are just so much better known than we are. The JUNOs is voted by other musicians from Canada. If you’re into metal, if you know the scene, then you’ll vote. I think in the Grammy’s, everyone can vote on everything, but with the JUNOs, it’s like ‘Hey, I’m a pop artist,’ so you vote for pop and related categories. We’ll see what happens, but got some pretty tough competition.”

BraveWords: Abyss will turn 1 in August. It fared well amongst the press and fans and knowing that, what is your view of the record after living with it for all these months now?

Slayes: “Yeah, I mean we’re still pretty proud of it. Every day people are discovering us because of that record. There are a lot of people that are Tweeting at us or whatever like, ‘Hey, I’ve been a fan for a long time, but I was kind of sleeping on the Abyss record and just listened to it and holy crap, why did I wait so long to listen to this?’ It’s been in our lives for so long, it’ll be a year in August and it’s just really funny to think like, ‘Oh yeah, there’s people out there that haven’t heard it yet and like are discovering it every day.’ It’s really cool and we’re really stoked on it. A lot of people have told us it’s their favorite record and when we knew how loved Apex [2017 album] was, we were really nervous about Abyss and whether or not our fans would like it. I think it’s slowly becoming their favorite record as well.”

BraveWords: Is it crazy to think now that the band has accumulated all these years now? With anniversaries, I see you’re paying attention with the vinyl reissue of Demons Of The AstroWaste.

Slayes: “Yeah! That was weird. It was crazy. We put that record out 10 years ago. It really doesn’t feel like that, but it also does feel like we were very young when we put that record out. I also kind of get it, just thinking about how we felt at the time. I was kind of reflecting on just how what a milestone printing that record on vinyl is for us because when we released that back in 2011, we were unsigned, unknown, smalltime, still trying to tour outside of our own country and the thought of printing on vinyl – it was never going to happen. It was way too much money. We were never going to be able to afford to do that or have the fan base to support something like that or even if the people would want to buy that from us. It just didn’t exist at the time. It was like our biggest hope back then so seeing it happen now and getting the chance to hold this record in our hands on vinyl, when it was something that only like just the farthest dream for us back then is really incredible.” 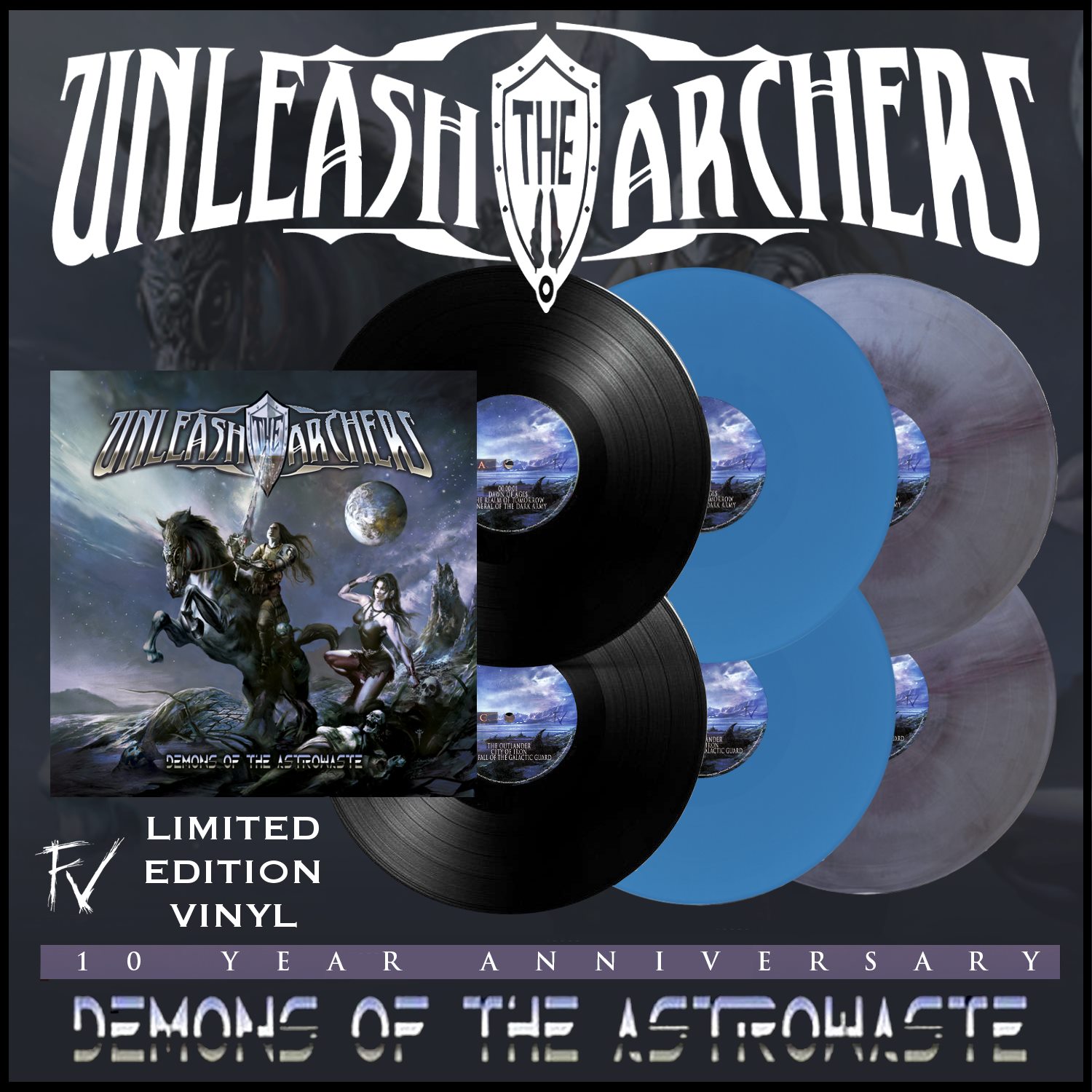 BraveWords: That’s has to be a very gratifying feeling.

Slayes: “No, it was really weird. I didn’t think it was, it wasn’t really that big of a deal when I was organizing it. It was just kind of like, ‘Okay, yeah, cool. Let’s do this.’ And working with a guy that’s partnering with us on it at Fear And The Void Recordings and picking all the prints and picking the colors and the splatters and stuff like that and working through it all – it wasn’t until we announced it when I realized like, ‘Oh my God!’ We struggled to sell like a hundred preorders when we put this record out 10 years ago and now we just sold that in one day. I don’t even know how many vinyl, it brought a tear to my eye. I will admit that.”

Slayes: “(laughs) I know, right? Back into the darkness for me (laughs). It was just really cool; a really cool feeling.”

BraveWords: Are there any other special reissues or anything of that nature in the works?

Slayes: “I’m not too sure. We’ve got the 1 year anniversary of Abyss in August and we’ve got the 5 year anniversary of Apex next June so that we might do something for that. We also have bonus tracks for Abyss that were never released out to anyone except for those that bought this special limited edition earbook. I thought it might be cool for the Abyss first anniversary to release it digitally for everyone this time or something. I’m not too sure, but it’s always fun to bring back the retro stuff. So who knows?”

BraveWords: In the touring sphere, you do have a scheduled European tour with Striker and Northtale. Is that still a go?

Slayes: “It’s sitting at like 80 percent right now. I think if I remember correctly, some countries are like, ‘Heck yeah, come on down,’ and other countries are still dealing with lockdown and just trying to catch up on vaccinations and that kind of thing. It’s looking like it most likely will happen. There may be a few shows that we end up having to swap out last minute or things like that, but it’s looking pretty good so far.” 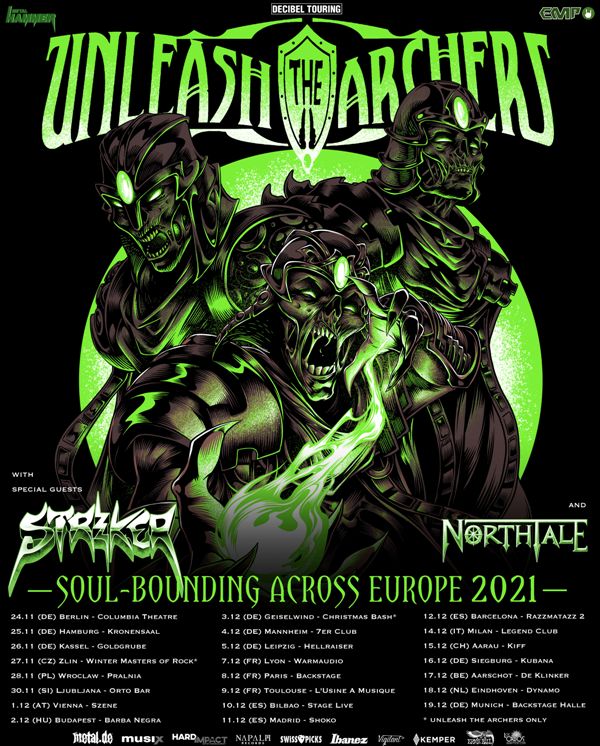 BraveWords: What else is in store for the future? Any other touring plans coming up or is the band just kind of waiting?

Slayes: “No, we never want to wait. We had tour dates booked last fall and then we had tour dates booked for this spring and then now we’ve pushed them to the fall again. We just kept being like, ‘Surely, these will happen now,’ and it looks like it might actually happen. In the next couple of days, we should be announcing some North American dates. We’re really excited about that.”

BraveWords: Good deal! A little off topic, but cool to hear you working with the great Timo Tolkki on his Avalon project and the single “The Fear And The Sinner”. How did that come about?

Slayes: Yeah! It was actually, Jake E, the other vocalist on that single that they put out. He and I both work with Jacob Hansen [producer] and so we kind of know each other through Jacob. So he’s like ‘Brittney, when we knew we needed a female vocalist on this track, I immediately thought of you, are interested basically?’ I was like, ‘Heck yeah, sure. Let’s do it.’ Yeah, it’s all thanks to Jake. I’m on another track on the record as well. I’m not sure if the full album is out yet [Editors note: album is releasing June 18], but I’m on two tracks on there and the music video was kind of last minute, the old throw up a blank wall and film some footage quickly in front of it (laughs). That was really fun, super cool, and a big honor.”

BraveWords: Oh, so did you even get to talk to Timo? That wasn’t even his idea?

Slayes: “Yeah, I know right? Zero! Yeah, he’s got people and so his people talk to my people.”

BraveWords: Is there anything else you would like to mention about the band or anything like that?

Slayes: “We’re doing a bunch of stuff on Twitch. So if any of you out there are Twitchers and you like to hang out there, head over to twitch.tv/unleashthearchers and follow us to get notifications when we go live because we’re going to do some fun stuff. We’re doing a Hot Ones, like hot wings challenge kind of thing like on YouTube shows and a couple other things planned, no hot tub stream (laughs), but you know things may change. That’s basically it and where we’re basically hanging out these days.”