WAKEN EYES - "I Always Had These Guys In Mind" 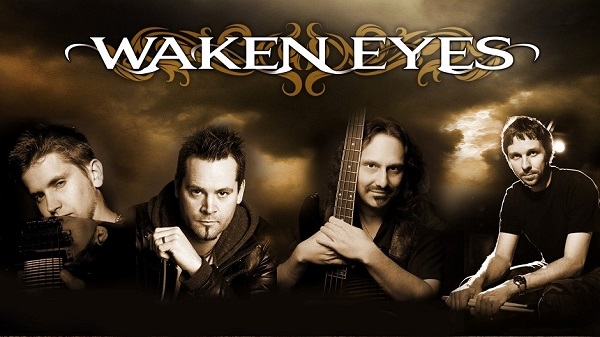 “The project started around two years ago when I started writing for this album,” Frelek said. “I always had these guys in mind. I’ve known about Marco since he has worked for a long time since he played for Paul Gilbert, so I had him in mind. And with Mike, I know Symphony X, I’m a huge fan. I got introduced to Henrik by a friend of mine who introduced me to his band and he blew me away with his vocals. It was a matter of me sending them some demos and I guess they enjoyed it and from there we e-mailed back and forth ideas. It went by pretty fast and it turned out amazing. I couldn’t ask for anything more.”

The time frame from initial contact with the rest of the band to the finished product went fairly quickly. In fact, Minneman, who was runner-up to Mike Mangini for the Dream Theater drum throne position, had his parts recorded in record time according to Frelek. “Marco recorded all his stuff in around three or four days. He learned the songs in a day or two and recorded them all. It was a massive improv/drum session for him, he did it really quickly. Mike was also pretty quick, maybe a week or so. It was a matter of him laying down some lines and sending them back to me. I had no complaints of anything they played, they all served the songs well by also using their own styles. The longest was Henrik because he lives in Sweden and because of the time difference we had to e-mail back and forth, and it took awhile to get the proper melodies. I was picky but he was picky as well, but in a good way. So we made the product really shine at the very end.”

Although the album was done by piecemeal and recorded separately from across the globe, the final product sounds like the project’s members have been playing together for years. It was hard for Frelek not to notice the band’s overall chemistry immediately upon hearing the tracks after the rest of the members e-mailed him back their parts.

“I first noticed when I got back the first track from Marco, the instrumental “Cognition.” I originally didn’t have much drums on that track but he played over it anyway and I almost had tears in my eyes because it was so well done. I pretty much kept everything he played. When I got stuff back from Mike, he was grooving all over the fretboard of the songs without taking away from the natural song. He added so much of his style. Same with Henrik, his voice speaks for itself. He’s got that nice range. I’m kind of lucky it all came together like it did because I didn’t know what was going to happen, to be honest. But it turned out so well and so tight.”

Like an author or a movie director, Frelek layered each track by building an explosive beginning, solidifying the middle section and ending with a crescendo climax. Frelek explained how he constructed each track. “I have a big inspiration for soundtracks and composers of film. That all ties together to the theme of the album, which is fearlessness, so that kind of put it into perspective. It sounds like a moody and dark album but it has moments of hope at the end. It’s just a matter of me having an idea or riff and building off of it and trying to tell a story that needs to be told without being too pretentious or too flashy. You want to entertain the listener but you also want to tell a story. You just want to be honest with yourself when you write, that’s my whole philosophy.”

For the vocals, Båth recorded his parts in Sweden, and they sound absolutely remarkable on Exodus. The collaboration between Frelek and Båth went incredibly smoothly according to Frelek. “It was similar to the others where I sent him the tracks where I had sang on the demoes, very poorly I might add, but the melodies were there. I had a few harmonies, but 95 percent of the time he added his own harmonies and his own octaves. It was him e-mailing me the track and when I first heard some of the tracks it reminded me of Jorn Lande, and I’m a big fan of Jorn’s style. It just really surprised me how well he sang on the whole record. I couldn’t have asked for anything better. He changed a few lyrics here and there just so he could fit some of the melodies, but for the most part I sent him the stuff and he sang the parts. It wasn’t that difficult. It just took a while but it went pretty smoothly.”

Given that every member of this project lives in different countries and are in other full-time bands, it makes it difficult to rehearse or put a tour together. This leaves Frelek to ponder what his next move with Waken Eyes will be.

“That all depends on the fans and the reaction from the album, which so far has been amazing. I think there will be a future record, but we’ll have to see what the reaction is and what time permits. In terms of the touring aspect for Waken Eyes, all the guys are on tour; Marco’s on tour for the next four or five months and Mike is on tour with Symphony X now. But touring would be a fun thing. That’s something that’s been on my mind, but we’ll talk about that more in the future I’m sure. We released two videos already, a lyric video and a music video and there will be a couple more videos released in a month or so, and from that we’ll have to see what goes on with this whole tour thing. I want to thank all the fans for the amazing reaction, it’s overwhelming to be honest. Thank you guys!”