After a string of four albums that are considered to be heavy metal classics (1975’s Ritchie Blackmore’s Rainbow, 1976’s Rising, 1977’s On Stage, and 1978’s Long Live Rock ‘n’ Roll) and featuring two gentlemen that are rock legends (Ronnie James Dio and Ritchie Blackmore), Rainbow should have remained on course as the ‘80s approached, right? Wrong. As you’ll read from an excerpt of a book of mine, The Other Side Of Rainbow, some people close to the band – and renowned admirers – explain what led to Dio parting ways with Blackmore. And just so you know, the book is still indeed available for purchase as a paperback version or a Kindle download.

Wendy Dio (Wife/manager of original Rainbow singer, Ronnie James Dio): “He got fired. You don’t have much choice there. I think Ronnie saw it coming.”

David Stone (Rainbow keyboardist (1977-1979)): “That was kind of sad. Ronnie was always a really nice guy - no ego, really easy to get along with. Just one of the guys. A regular guy from Upstate New York, really. Blackmore was…he liked to control everything. So I could tell he was telling Ronnie what to sing and what to sing about. It limited Ronnie I think, creatively, quite a lot. Ronnie was like me – ‘We’re working with a rock god here, so we have to accord him that kind of respect.’ I think Blackmore should have stuck with Ronnie. He should have probably let Ronnie have a little more leeway when it came to songwriting and creativity. And he had a great band around him - all he had to do was let the band be a band. But he was a real control addict, and there was going to be none of that.”

Wendy Dio: “I think that’s completely false [Ritchie’s claim in The Ritchie Blackmore Story DVD that Ronnie left after he was upset about a Circus Magazine cover photo that was of just Ritchie and not the whole band]. Ronnie was fired from the band - for not writing more commercial songs. I don’t think that would ever come up. It just sounds ridiculous.” 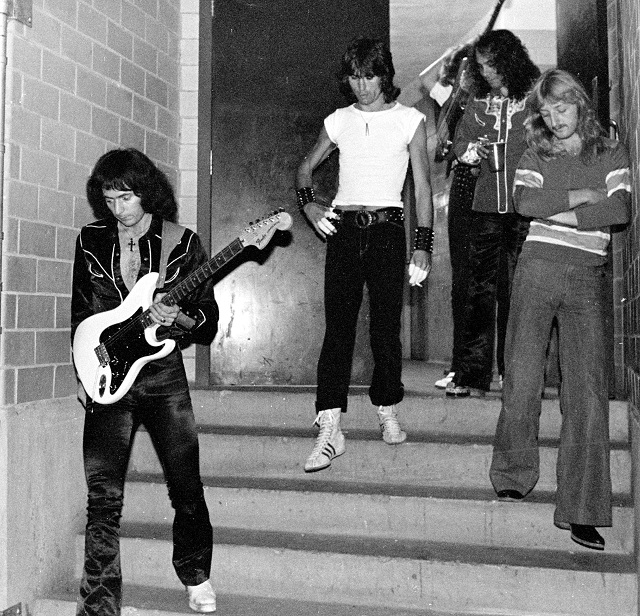 David Stone: “It was kind of a low-point. We had just finished doing like 60 dates in the States, supporting Long Live Rock ‘n’ Roll. It was in the fall. And we were going through different singers and different bass players. And for a while there, we had a bass player from England, Clive Chaman, who was in one of Jeff Beck’s groups - with Max Middleton, Bobby Tench, and Cozy Powell. And here we are, rehearsing for a week with Clive Chaman, and I know Blackmore can’t stand the guy. All he’s doing is trying to keep Cozy happy, so Cozy doesn’t take off. And I’m like, ‘You want me to rehearse with a guy you can’t stand? And you’re not even into it? Oh my God…we’re so far from being a good band. What are we doing?’ I got so sick of it.”

Wendy Dio: “I don’t think so.” [In response to being asked if Ronnie and Ritchie ever spoke again after the split]

Craig Goldy (Dio guitarist, Dio Disciples guitarist): “The news of Ronnie leaving Rainbow was the same thing as the news of Ritchie leaving Deep Purple – ‘Oh, you’ve got to be kidding me.’”

Tony Carey (Rainbow keyboardist (1975-1977)): “I didn’t know it and I didn’t care [regarding Ronnie leaving Rainbow] - I was already doing other stuff. I had moved to Germany in ’78, and I started the solo career. I wasn’t even aware that Ronnie had left. I had my first hit in 1981, and I had my first #1 in 1984. I made 40 albums and produced 50 more, and I produced Joe Cocker, produced John Mayall - I produced a lot of people and film soundtracks. I stopped paying attention after I left. Those two years are the only two years I had anything to do with hard rock music. I was gone and I wasn’t paying attention.”

Mark Clarke (Rainbow bassist (1977), Colosseum bassist): “No, nothing about Ritchie Blackmore ever surprises me, mate. When Ritchie is involved with anything, nothing surprises me. I was surprised that it lasted so long!” 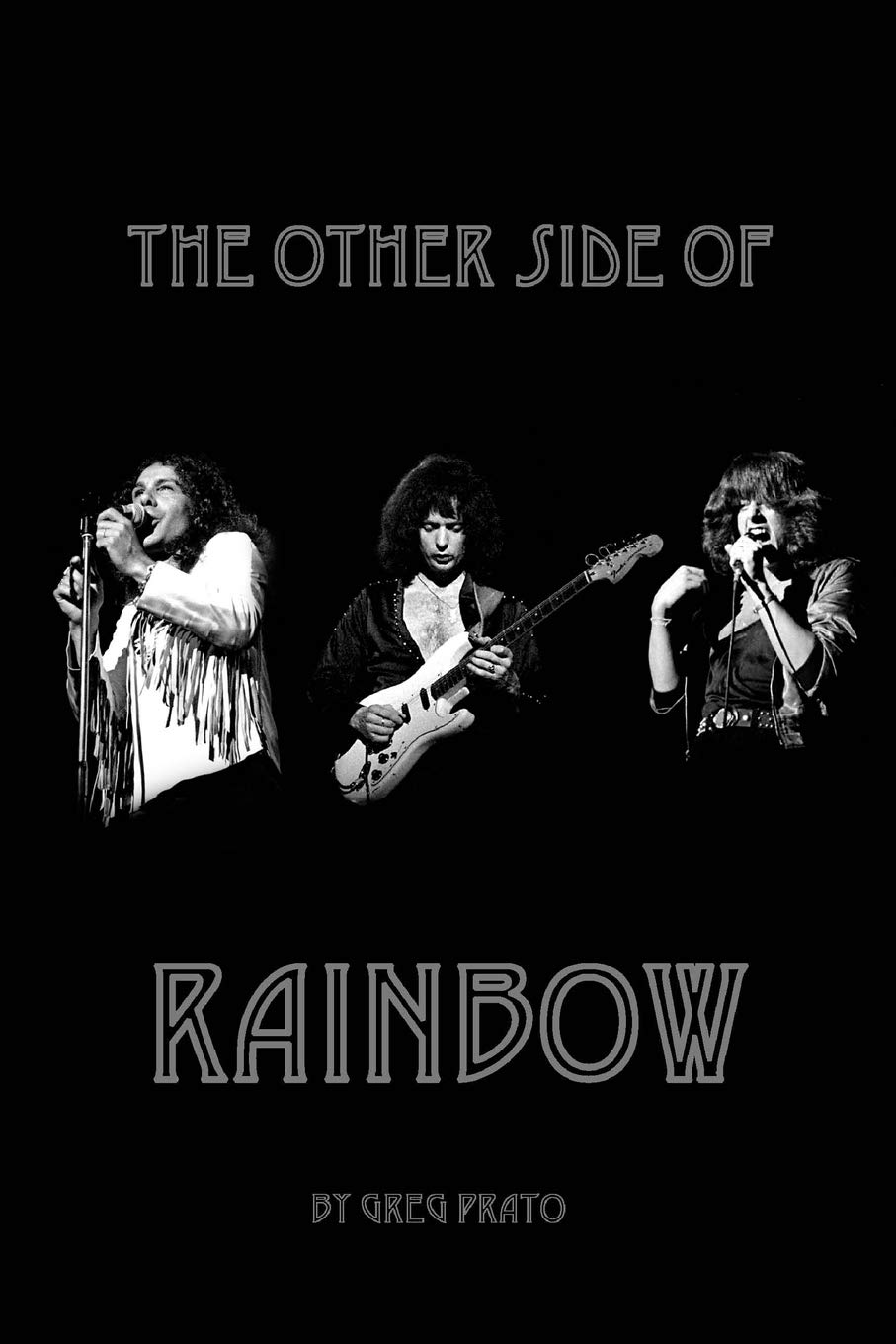 Wendy Dio: “A little bit, yes, because Ronnie had hoped that he would continue managing him. [In response to the question, ‘Were there any hard feelings between Ronnie and Bruce Payne after Ronnie left Rainbow, and Bruce continued managing Rainbow?’] But he wasn’t inclined to. That’s actually when I started to manage Ronnie - through default. I didn’t even think about management - at all. When Ronnie left Sabbath [in 1982], he asked me to be his manager. I was scared actually, and said, ‘I think we should go and get another band first to try out.’ So we did - we got Rough Cutt, Alcatrazz, and a few other bands. It was a challenge. Especially at that time - there were very few managers that were women. But, it turned out great.”

Craig Goldy: “When you really think about it, Ritchie was disenchanted with Deep Purple, and he had played a huge part in what that band was and became. So when he formed Rainbow, it was his time to call the shots. And then when Ronnie joined Black Sabbath [initially from 1979-1982], after Ozzy leaving, there was a bunch of turmoil going on. So it was Tony’s time to call the shots. So when Ronnie formed Dio [in 1982], it was Ronnie’s time to call the shots. So every time somebody works with someone who it’s their time to call the shots - and especially if you have leadership quality within - with the exception of myself, there’s always going to be a little bit of animosity and a little bit of that alpha male/butting of the heads. But depending on your mood for that day, your memories are going to be the times you butt heads, or you’re going to remember what a wonderful, amazing contribution you guys made to the history of heavy metal.”

Wendy Dio: “I don’t think so, no. [In response to being asked if the lyrics to the Dio song ‘Rainbow In The Dark’ were about Ritchie] ‘Heaven And Hell’ was - ‘The world is full of kings and queens that blind your eyes and steal your dreams, it’s heaven and hell.’”

Charlie Benante (Anthrax drummer):  “It’s such a shame that those first three Rainbow records, you can’t go and see that band play. It’s a shame that it’s a moment in time that we’ll never get to see or hear again.”