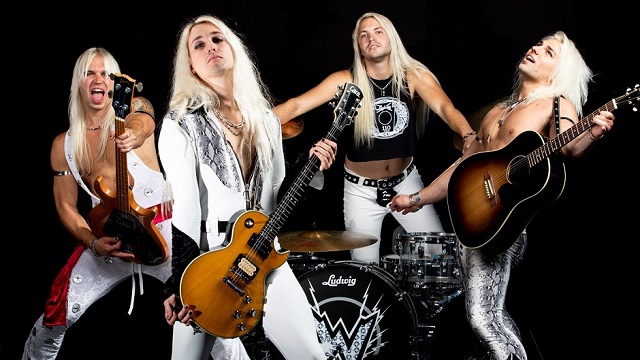 Judging from their shows and music videos thus far, one of the more over-the-top metal bands of recent times has to be Wicked. And surprisingly, they do not hail from a big metropolis, but rather, from Upstate New York. Receiving comparisons to the likes of Kiss and Alice Cooper due to their mile-high hair, make-up, bare-chests, leotards, and ‘seven-inch leather heels’ (to borrow a line from Mr. Stanley), the group has not yet issued a full-length album. But when the group’s bassist, Danny Doll, chatted with BraveWords correspondent Greg Prato, it turns out that will all change early next year.

Danny Doll: “We’re from Upstate New York – kind of by the Syracuse area. And the band all came together between myself and my brother Chad Michael – we wanted to put together a hard rock/arena rock styled band, that had roots from the ‘70s era. But with a new twist. We got lucky with the four of us. Our guitarist is from the Finger Lakes area (Scotty V), and our drummer (Gunnar Coston) is right in our backyard. It was one of those ‘lightning in a bottle’ moments, where we kind of found each other. And for the past six years, we’ve literally been living together and doing this thing, and paying our dues. The old school way – where a band actually lives together and goes out and plays music live…before anything else. That’s what Wicked is all about – it’s a hard rock band that is doing it the way all those bands back in the day used to do it.”

BraveWords: Who are some of the band’s influences – musically and image-wise?

Danny Doll: “We take the androgyny – image-wise – from David Bowie/Ziggy Stardust era. That’s our bread and butter when it comes to our imagery. And we throw in a little bit of a twist of the good old ‘70s – Kiss, Thin Lizzy. Musically, it’s that ‘70s rock n’ roll vibe. The new album sounds like the band evolving – in a more dynamic sense. Where we’re keeping our true roots, but the music is becoming a little more dynamic. There’s something there for everybody, and the fans I think are eating that up a bit.”

BraveWords: I was reading an article about the band, and I was impressed that Starz was listed as an influence.

Danny Doll: “Starz are our secret kind of pleasure. Starz has always been one of our favorite bands. And over the years, we’ve had the pleasure of meeting a bunch of the guys, and even did some shows and kind of became friends – either hanging out in Jersey in a bar, and shooting the shit and talking about stories, or even trying to learn old Starz or Hellcat tunes. I’ve got to say, they’re deeply rooted in what we do, and it’s some of the greatest rock n’ roll from that era.” 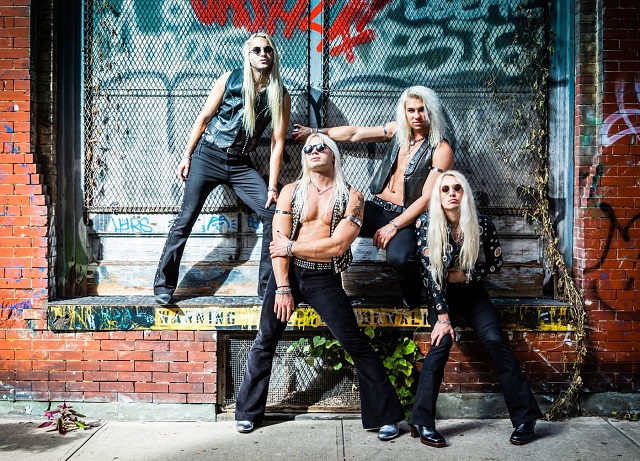 Danny Doll: “Yes. We’ve just finishing the mastering phase of the album. It’s slated for an early 2021 release. There’s weird times and there’s road blocks with the current climate of everything…but in a way, it’s a good kind of opportunity, so the band has put together the best kind of product and everything that goes into it for the fans.”

BraveWords: Does the album have a title? Song titles?

Danny Doll: “Right now, we’re going with the album title, Living Like A Sunburn. And on the album, there’s some pretty cool tunes – some things that have been played live a bit, to some newer ones. Fan favorites like ‘Nightmare’ and ‘Cali,’ and there are other new tunes, with titles like ‘Sunburn’ and ‘Lost In The Dark.’

BraveWords: Let’s discuss the song/video “High Roller,” that’s been out for a while.

Danny Doll: “‘High Roller’ is one of those kind of Wicked cult classics – it’s one of those songs that when we’re out live, the fans go crazy for it. It’s their favorite. ‘High Roller’ really harkens back to that up-and-coming band kind of thing, beating the streets, and competing out there to put your stuff out and all the challenges in that. The cool part that everyone sings along to ‘21 or bust,’ and using the card imagery. It’s kind of how it is in the rock ‘n’ roll scene when you’re coming up – you gamble and you’re out there taking those chances. And the fans love it. It’s just a good old, hard rock song.” 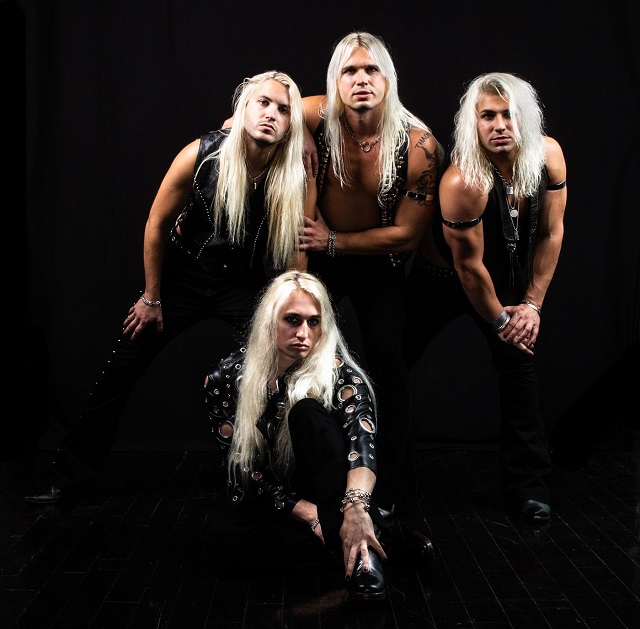 BraveWords: Who produced the album, and has a label been decided on?

Danny Doll: “Right now, we’re working to shop the album for labels, and we’re again using the time advantage. The producer is a really cool story. I think a lot of bands would normally go back to, ‘Who did my favorite band from the ‘70s or ‘80s?’ And that’s a cool thing, but we took a different avenue – we went with a younger producer. Who has actually done some pretty big things – he’s got five Grammys. He’s from Latin America but he’s a metalhead – a huge Pantera fan. It was a real match made in heaven. His name is Nacho Molino. We had him come up to Upstate New York and had him come stay with us, and we just woodshedded this album like a family – four guys in the band and the fifth Beatle. It came together just like dynamite.”

Danny Doll: “When you go to a live show with Wicked, it’s those vibes from the classic Alice Cooper/entertainment put into a show. It’s just bombastic – there’s amps, drum riser, fog, lights…you name it. And we come out dressed like a real band. We’re up there sweating our asses off and playing real music.”

BraveWords: What is in store for the future?

Danny Doll: “Outside of the early 2021 release, and a bit of an evolution from a musically dynamic kind of stage with the band, and that addition to our arsenal of hard rock and arena kind of music. We’ve been making plans for the summer of 2021, and we’re really going to go out with a big show in North America, and finally, out to Europe. Which is going to be big for the band – we’ve got a huge following out there, and this will be our first time out to Europe.”