WITCHERY - Sonic Healing For The 6Sick6

Many people in our line of sonic debauchery refer to Motörhead as a metal band even though legendary frontman Lemmy always insisted they played rock n' roll. Not surprisingly, nobody ever dared to argue the point with Mr. Kilmister (that we know of). Thus, if you're looking for a metal band cut from the Motörhead cloth it's best to cast an ear in Witchery's direction. Born from the ashes of Satanic Slaughter 20 years ago, the Swedish quintet originally consisting of members from The Haunted, Arch Enemy and Seance gained a faithful cult following from the get-go with their 1998 debut, Restless And Dead. During a BW&BK interview in 1999 for the band's Witchburner EP, guitarist Patrik Jensen (The Haunted) put forth Witchery's plan of adopting a '70s-era KISS approach and releasing at least an album a year, and with Symphony For The Devil hitting the shelves in 2001 it seemed they might succeed. Unfortunately, real life and other band commitents managed to scuttle those plans, leaving Witchery to assemble only as time permitted, yielding only three albums in 10 years. In fact, their new record, In His Infernal Majesty's Service, comes a whopping six years after their last outing, Witchkrieg.

"You know what they say; as you grow older time moves faster, " says Jensen. "It doesn't seem like it's been six years but then I look at the calendar and it's 'Oh my God, we're celebrating 20 years of Witchery, we need to make an album...' (laughs)."

"But that's the problem we've had since 2003 because that's around about when Angela (Gossow) joined Arch Enemy and things started to go really well for them," he continues, referring to bassist Sharlee D'Angelo's top priority and the resulting space between Witchery albums. "The Haunted took off around that time, and I think that's when Martin (Axenrot / drums) joined Opeth. We were really active between 1997 to 2003 and then things got difficult for us because there were so many conflicting schedules. It's crazy. We discovered that it was just as hard to get this album out as any other year we've done an album because it's hard to get everyone together. That's why Martin decided to gracefully bow out; he didn't want to make it a problem for Witchery to continue releasing albums. The way he put it, 'It's not like I don't have a band I'm going to tour the world with...' (laughs). We love the guy and we're still friends, so there's no animosity. Something had to change and he offered his place up; we found Chris (Barkensjö) to play drums and he's not as busy as Martin so it's easier to get rehearsals going. On top of that, Martin was a very sophisticated and tasteful player even before he joined Opeth, whereas I'm more of a Ramones / early Motörhead kind of player. Chris is the same way; he sounds like our first drummer, so having him in the band brought back that old Witchery feeling we had on Restless And Dead. Not only could we get back to rehearsing, we kind of got our old sound back." 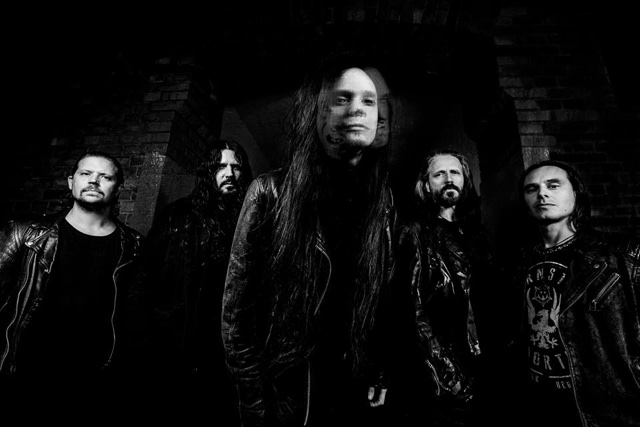 Put In His Infernal Majesty's Service up against Restless And Dead or Witchburner, with the exception of superior production and some new band members it's the same off-the-rails locomotive death-flavoured thrash. Time really hasn't affected Witchery's organic old school approach.

"I don't want to put words in your mouth but I think word you're looking for is 'enthusiastic.' That's something I look for in music, it doesn't have to be fast. I'm not a big jazz fan but I can hear when a jazz band is enthusiastic about their playing. Magic happens when everyone is fired up and in the zone. One of my pet peeves is that as soon as people start recording on a computer they can see the drumbeats. They figure that if the beats are off the grid they can't be good, so they end up fixing everything and making it all totally sterile. There's no organic feeling to the music anymore, it's just boring. Everybody is just focused on getting the recordings as tight as possible, which means they're taking away as much of the human as possible."

"I like that you say it sounds like the album is going off the rails, because that means there's an edge of danger to the music. You don't know what's coming in the next verse or chorus. I'm pretty passionate about this idea, and that's not because you and I are older (laughs). I get people saying that Witchery is going for that retro sound.... and here's a metaphor for you: During the '80s you could buy all this plastic furniture and everyone bought it, but after 10 or 15 years some people began to think 'Wouldn't it be cool to have a hand-crafted table?' That's because it's unique even though it might be some guy hand-crafting 10 different tables. That doesn't mean I'm into retro furniture (laughs); it means I know what quality is. If I want to hear humans playing music, it doesn't mean I'm into a retro sound. Witchery is carrying the torch for organic music."

In spite of the long wait since Witchkrieg, In His Infernal Majesty's Service wasn't festering in a studio's memory banks for years like your average Def Leppard production.

"I do all the music and lyric writing, and I wrote this album over four months or so," says Jensen. "There are no old riffs on this; I like songs that you write the fastest and I don't mean in bpm. If you come up with a good riff and get fired up about it, that immediately leads to another riff and everyone at rehearsal becomes inspired. You can just feel the creativity flow. Those songs are usually much better than if I come up with a great riff and then it takes me three months to come up with the next one and another three months for the chorus. For us, the songs that come out the fastest are the most genuine." 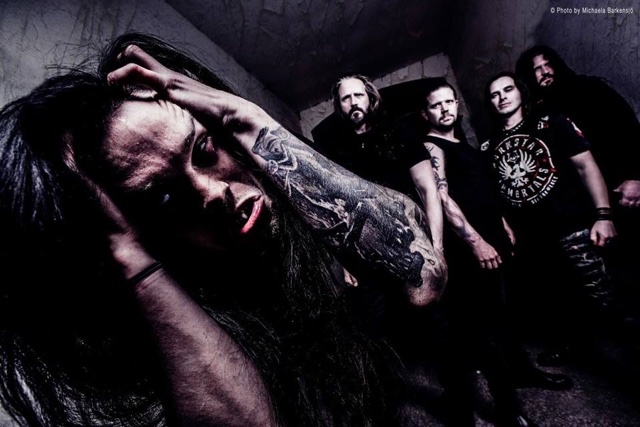 "In my mind, because I do all the writing for Witchery as opposed to being three people that write for The Haunted, it's much easier for me to think that whenever I'm playing guitar at home, what comes out is for Witchery. I don't know why it's that way; it's just easier. Every now and then something comes out that sounds like it needs to go to The Haunted. You know The Haunted Made Me Do It album, and the first song 'Dark Intentions' was actually written at a Witchery rehearsal. Everyone was fired up - 'Yes, this sounds amazing!' - but I told the guys I had to take it for The Haunted.... total mood killer (laughs). It did sound like The Haunted and it worked really well as a song for The Haunted."

"It works both ways, though. There's a song on the new Witchery album, 'The Burning Of Salem', and it was written for the next Haunted album but it got voted down by the other guys. So, okay, no problem, I just Witchified it and brought it here (laughs). It works. The record company wasn't too happy because they're waiting for a new Haunted album and wanted to know why it wasn't used, but I told them 'I tried, don't look at me...' (laughs)."

The biggest obstacle Witchery had to overcome in the making of In His Infernal Majesty's Service was losing their singer as they were about enter the studio. As Jensen tells it, the wait could have been a lot longer than a mere six years if not for finding Angus Norder on a whim.

"We had Legion (Erik Hagstedt) on Witchkrieg but he developed a huge interest in motorcycles, so he joined a gang and that's kind of his life now. We got Caligula (Magnus Broberg) from Dark Funeral into the band, he did some shows with us and he was going to do the album, but when he did that Dark Funeral classic line-up reunion tour last year, he noticed that sometimes when he was singing the floor would start moving like a ship at sea. It was a form of vertigo. We had written the songs at rehearsal and recorded the demos so he could practice his vocals at home before we went into the studio. He called us and mentioned the vertigo problems on the Dark Funeral tour, and told us it had happened again when he had the headphones on practicing. He went to the doctor and was told he has a problem with his inner ear, where loud sounds affect his balance. Caligula can't be in any loud environments at work or in his spare time, and there's nothing they can do for him. He's had a long career and he's a great guy, so it's very sad that he can't do it anymore."

"That was a big cold shower for us in the studio," Jensen admits. "Suddenly we didn't have a singer. We were tossing a lot of names of established singers around, but then Richard (Corpse / guitars) suggested a guy from a local band, Nekrokraft, in our home town. We checked out the two videos they had, Angus sounded really cool so we called him up. He was interested, we met a short time later; things happened very quickly. He understood what Witchery is about, he knew the band because we're from the same city, but he had a bit of different approach because the Witchery sound and Nekrokraft's sound are quite different. We were sitting in the studio going 'Wow, what a find...' because he was amazing. When I heard the album after Daniel Bergstrand (producer) had done his magic I was really happy that we brought Angus into the band because he adds another 20% on top of everything. I don't think I'm going to have to sweat that much with the next album because Angus does a lot of work; his voice pulls things up."

"Angus is such a new ingredient that when I heard the album for the first time after it was mixed, I became even more of a Witchery fan (laughs)."