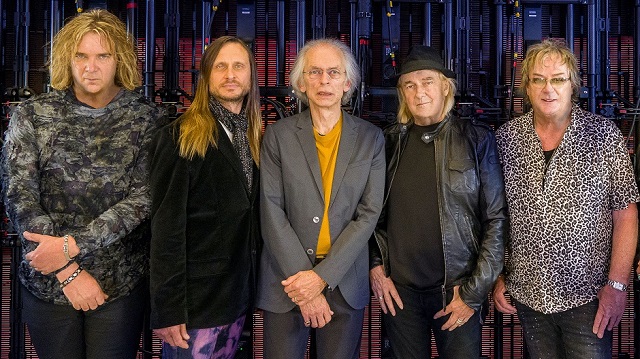 Progressive rock icons Yes continue to soldier on, confronting their advancing years with fierce determination to write new music regularly and boldly. There’s been much tittering about the band slowing down, about Steve Howe and Alan White in particular showing their years, not to mention that we’ve lost original bassist Chris Squire, passed on for six years now. Indeed Alan’s condition has caused an ‘augmentation” for live work from drummer Jay Schellen, who also provides additional percussion on the band’s smooth but intriguing, intimate, almost new agey album, The Quest, fully the band’s 22nd album, and third since 2011. Almost in sympathy to Alan and Steve, there’s not much of the other venerable band member Geoff Downes on this album either.

Then again Steve really steps up across The Quest, leading authoritatively, producing, playing lots of fluid guitar lines and singing quite a bit, doing his own augmentation, joining new guy Jon Davison—this is his second Yes record, after 2014’s Heaven & Earth—on many of the songs. Rounding out the lineup is the ever-youthful Billy Sherwood, officially back in the band after two Yes studio albums in the ‘90s.

The Quest is also the band’s first record for prolific prog label InsideOut Music, with head honcho Thomas Waber remarking in a statement, “I am delighted to welcome Yes to the label and am looking forward to seeing the reaction of the band’s fans to the new album. Being a long-time fan myself, I am really excited by the new material. Steve Howe managed to capture many of the important elements that we all love about Yes.”

BraveWords caught up with lead singer, lyricist and occasional guitarist Jon Davison for a few remarks on the tenor and times of the new album.

“With this record,” figures Jon, “we’ve got a label more interested in the art, and a supportive detail-oriented producer who is also a band member (note: by this he means Steve—the last album was produced by Roy Thomas Baker!), caring about the music to the utmost, which has made a massive difference this time around.” 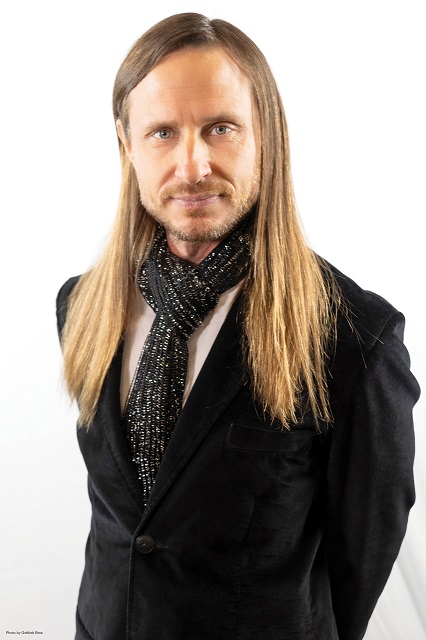 As for his lyrics, Jon says that, “to avoid redundancy, I try to follow a general rule of not attaching to any familiar points of lyrical topic, which of course can make things more difficult (laughs), but ultimately leading to a more rewarding conclusion, I hope. As far as fresh topics for The Quest, I touch on everything from personal loss to global issues, be it environmental or pandemic-related. Concerns about the effects of exponential technology growth is another new topic I found interesting to explore.”

With respect to lyric-writing modus operandi, is it a case of keeping a notebook, writing at the last minute, writing directly for the music? “All of the above,” chuckles Jon, “including banging my head against the wall. In other words, whatever works to get the job done.” As for any degree of book-ish inspiration, Jon cites, “professor and science fiction author Vernon Vinge, who played a vital role in influencing some of my lyrical direction, as did the spiritual teachings of Paramahansa Yogananda. Honestly, for my lyrical direction on ‘A Living Island,’ for example, I can probably offer credit to a credible journalist or two who informed the rest of us of the severe state of world affairs during the pandemic.”

“I think an essential trademark of Yes music has always been that each member has a prominent voice or character within the music,” continues Jon, asked about self-producing this time out. “And no one knows this better than Steve, who I found as a producer to be completely equitable in this respect. See, we had a pretty clear idea of how we wanted to operate and function as a creative force. Often times, the artist’s vision can get diluted by having to compromise to higher powers (laughs). We didn’t have any of that while making this record. The folks at InsideOut have been completely supportive in allowing Steve and the rest of us to freely realize our creative potential.” 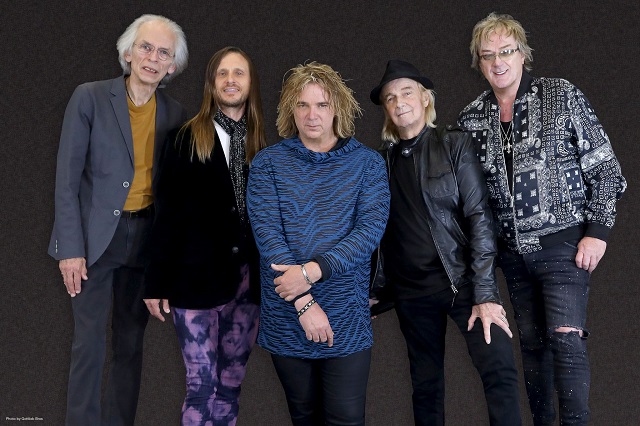 Agreeing that the record fits more so in the smooth and high-fidelity camp, rather than with other characteristically sharp and wirey Yes albums, Jon describes the sound picture on The Quest as, “lush and often complex soundscapes that stay true to the classic Yes ideal, but maybe also challenging the listener to travel along new musical pathways. There’s a lot of fresh direction, reflective more of our present day lineup, I suppose.”

But as with any self-production job, there’s an important engineer, in this case, one Curtis Schwartz. Says Jon, “Curtis is an extremely humble and composed individual who is detail-oriented and patient. I value so much working alongside such a supportive personality because there’s no drama that distracts from the creative task at hand. He happens to also be a talented musician, so I always felt that I could trust his creative input and perspective. I always felt he was acting from the right place.”

Specifically, I asked John if he could tell me a bit about “The Ice Bridge,” “Minus The Man” and “Sister Sleeping Soul,” to which he replied that, “These three songs just so happen to encapsulate the themes of personal loss and environmental and technological issues I mentioned a moment ago, but ultimately I hope to inspire the listener to take their own musical journey. Elsewhere, I’d say overall, ‘Leave Well Alone’ has multiple layers of surprises and unexpected turns. Although, such moments are ubiquitous throughout the entire album, I guess. What else? Singing-wise, I crafted multiple layers of vocal on ‘Sister Sleeping Soul,’ which definitely posed a challenge to not only track, but to properly mix. Metaphorically speaking, they comprise a careful balanced audio tapestry.”

And why did he think “The Ice Bridge” and “Dare To Know” were good choices for singles? Or indeed did he? “That was a label choice rather than something the band decided. I personally feel all the songs are equally compelling and any one of them could have fulfilled the ‘single’ necessity.”

And whose decision was this album title, The Quest?

“Steve came up with the title, and the rest of us unanimously acquiesced without question. There were no working titles used or other official titles considered that I can remember, because we all knew what Steve had come up with was right.”

Obvious off-topic, I wondered if Jon had any thoughts on why Yes was able to strike such a chord with the public back at 1983’s 90125. “Well, I suppose they had successfully managed to tap into the current sound of the time,” figures Davison, “while still preserving just enough of the familiar Yes trademarks that endeared the ‘70s fan base. Having a hit single with ‘Owner of a Lonely Heart’ certainly solidified their validity to a more immediate and pop-oriented music culture too, right?”

In closing, I asked Jon what the mission of the band was. I’ve asked everybody in Yes this over the years, because it really does seem like there’s a set of philosophies to this band, one that emerges into something resembling a unified persona… of purpose.

“To challenge ourselves to new musical heights by uniquely amalgamating the plethora of musical genre influence we collectively share—how’s that? I’ve often heard Steve say that Yes has always avoided, whenever possible, following rules and therefore making their own way instead. Most of Yes’ success has been built on that one principle, right? But as it stands, I’ve just always wanted to make another great Yes record! It requires every member to share a singular focus toward a common goal. Our particular lineup now is the longest standing in Yes history and it’s because we get along as individuals and fortunately possess a united focus.”