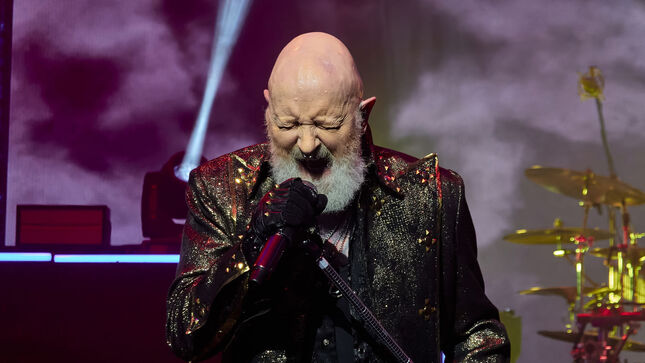 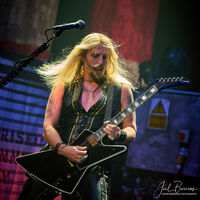 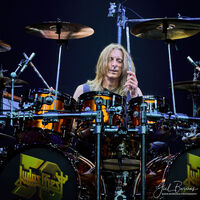 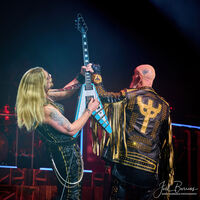 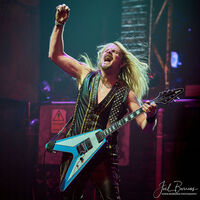 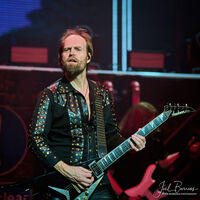 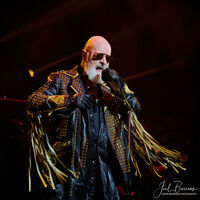 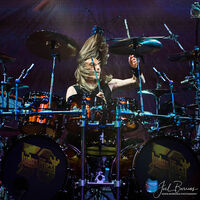 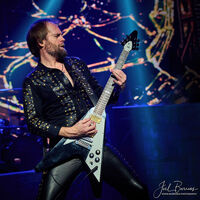 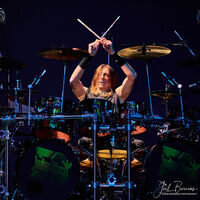 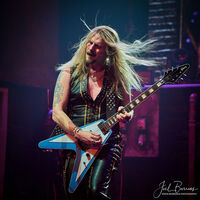 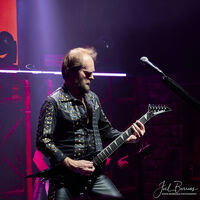 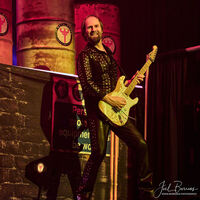 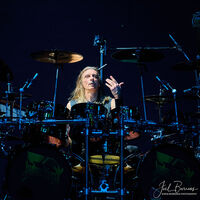 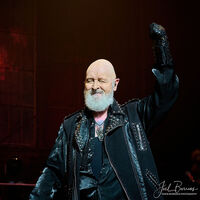 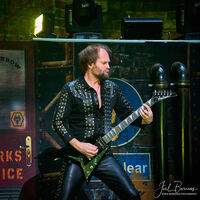 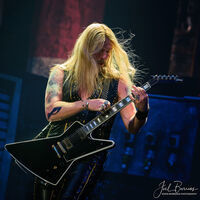 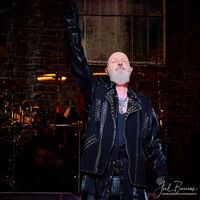 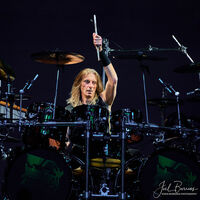 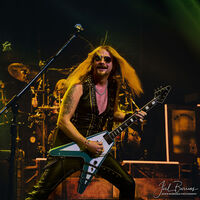 Undisputed lords of leather-stud heavy metal, and firmly placed in the cusp of the genre's Mount Olympus - regardless of what the Rock & Roll Hall Of Fame might say - JUDAS PRIEST fired up their previously interrupted 50 Heavy Metal Years tour last Friday night at the Peoria Civic Center, and they came out all guns blazing; fueled by the energy of a clamoring sea of denim and leather in a packed to the brims theater.

Led by the incombustible Metal God himself along with guitarist Richie Faulkner - now fully recovered from the aortic aneurysm surgery he suffered while on stage at Louder Than Life, which was precisely the reason why their musical trek halted some months ago - the legendary band blasted effortlessly through the night’s setlist, packed with fans favorites and combining several eras of their catalog, one that spans over 5 decades now. It’d take them to play for 4 hours straight to please every one of their hard-die fans, however the usual staples of a Priest show were present: a balls-to-the-walls rendition of “Victim of Changes” with an on-point delivery by Halford, still bringing the challenging screeches to a goosebumps-inducing point, a supercharged take of “Painkiller,” another cut which despites requiring a workout from his vocal chords, resonated as huge as ever, his customary appearance decked out as a heavy-metal biker, as he revved his Harley-Davidson engine across the stage while singing “Hellbent for Leather” over thunderous approval, and the double-punch closer of “Breaking the Law” and “Livin’ After Midnight.” 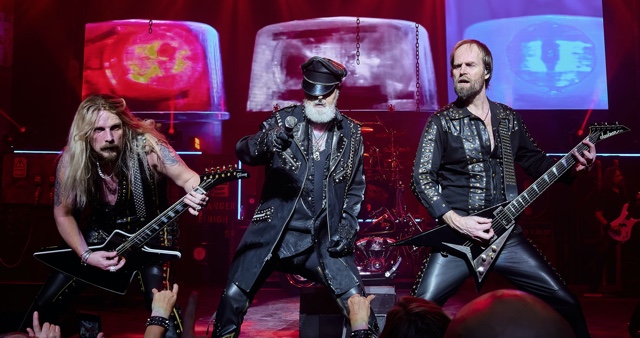 Seasoned performers with thousands of shows under their collective belt, the five men on stage didn't break a sweat while weaving the metal anthems worshipped by generations. Ian Hill admirably held down the low end despite lurking toward the back of the stage, his powerful bass lines reverberating in the airwaves, and pairing with the drumming mayhem that is Scott Travis. The steadfast stickman kept the beat behind his habitual sea of drums with plenty of showmanship to raise the entertainment value of his timekeeping, and even addressed the crowd - before diving into "Painkiller" - to welcome Faulkner back to the Priest ranks, joking while saying 'he's truly made of metal now'

Now with a very visible vertical scar across his chest, Faulkner handled lead guitar duties, and the instrument itself like if it was an extension of his personality. His notes, bends and double taps carried a fiery intensity and his six-string screamed with vengeance as he worked the frets. His playing ability has always been complemented by his stage persona which is 100 percent rock musician, yet he truly seemed running on extra fuel. To his left side and armed with a Flying V, a slightly longer-haired than before Andy Sneap ripped through his guitar sections with an edgy heavy-metal attitude, demonstrating that Priest was utterly on point by listening to their fans outcry and keeping him as Faulkner's axeman companion. 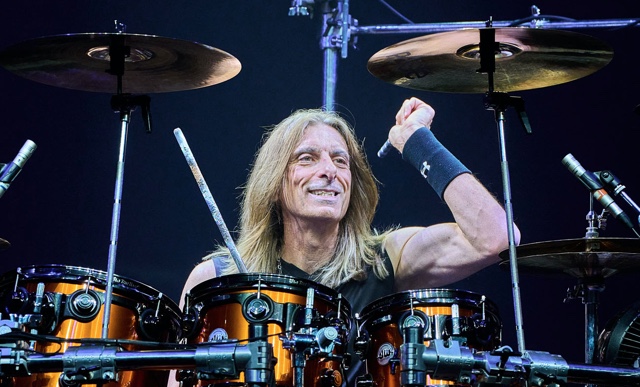 Though not part of the touring lineup, Glenn Tipton virtually joined his bandmates on stage via the enormous video screen acting as a massive backdrop, with the crowd uproar reaching deafening levels as the images of the beloved guitarist were projected in front of them.
As far as first concerts of any tour go, this show was pure perfection. There were no opening night jitters and the production and sound were exceptional. If there is anybody out there who might think this band just goes through the motions while on stage, you’ve certainly got another thing coming! Priest served up an absolute no holds-barred metal spectacle, proving one more time that neither time nor a dreadful sickness can keep one of the forefathers of metal from doing what they love.