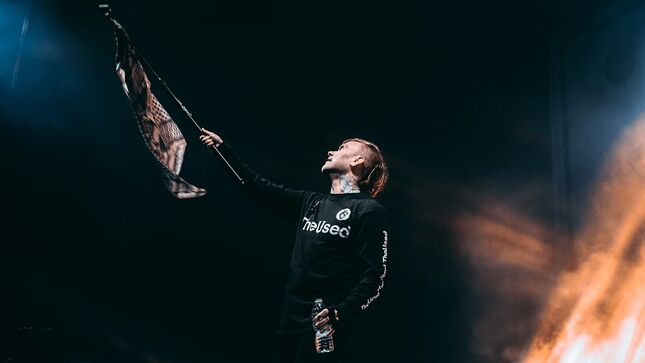 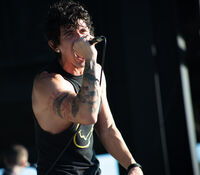 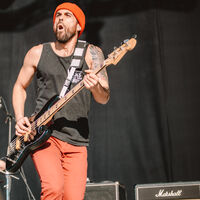 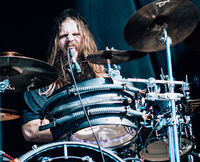 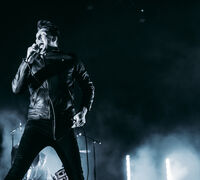 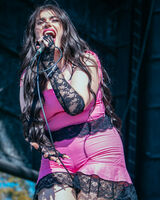 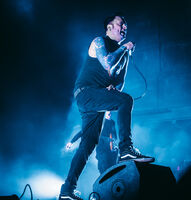 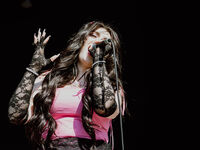 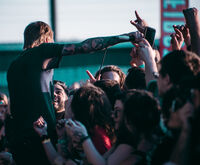 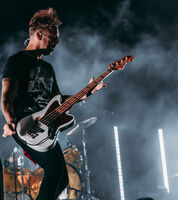 As winter tightens its unforgiving clutch on the northern United States, Florida has begun to welcome the first strains of spring. And with spring comes the first signs of festival season, calling bands out from hibernation after a long winter, if not an even more extensive covid-induced hiatus.

First among these is Florida’s independent festival Kraken Fest, promising concertgoers the joys of a warm afternoon full of live music. With their focus on rock, with a special eye towards the 2000s alternative rock giants for 2022, the lineup was carefully assembled in the wake of a sold-out 2021 festival. Red Jumpsuit Apparatus were called back to the stage, while The Used were welcomed to Orlando after an unforeseen concert cancellation earlier in the year. 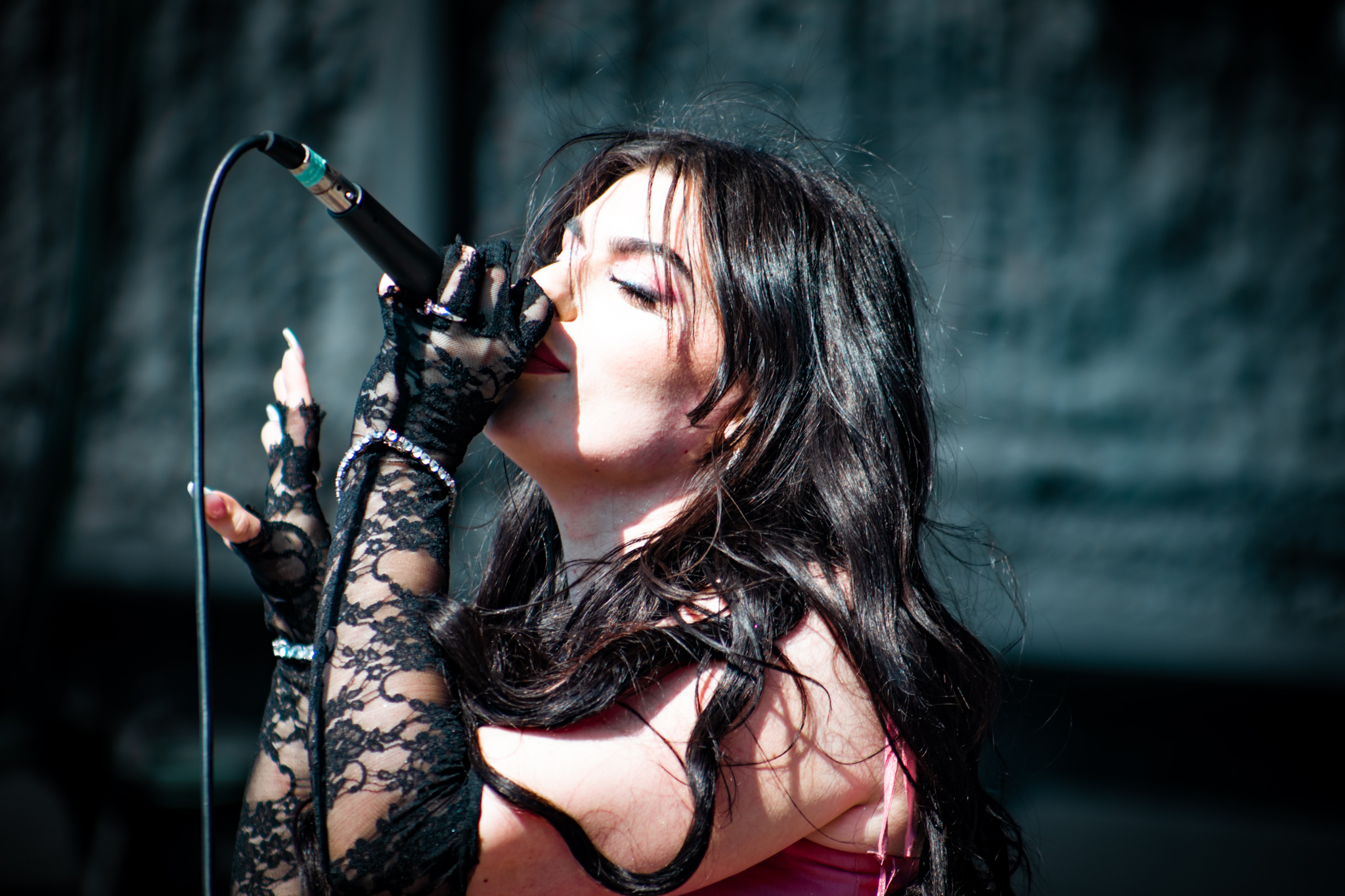 The Dev were responsible for beginning Kraken Fest, striding onto the stage in the full heat of an afternoon sun. They donned pink in support of their new song “Hell Bent,” and were met by a crowd hungry with anticipation for the music to begin. Their performance was one full of familial chemistry, brimming with smiles and laughter as they played out the set, never missing a beat beneath the beautiful sunshine. Powerful female vocals coupled with rhythmic instrumentals made this opening act one to remember. It was just after noon, and already it had become clear that this festival was primed to become a memory for years to come. 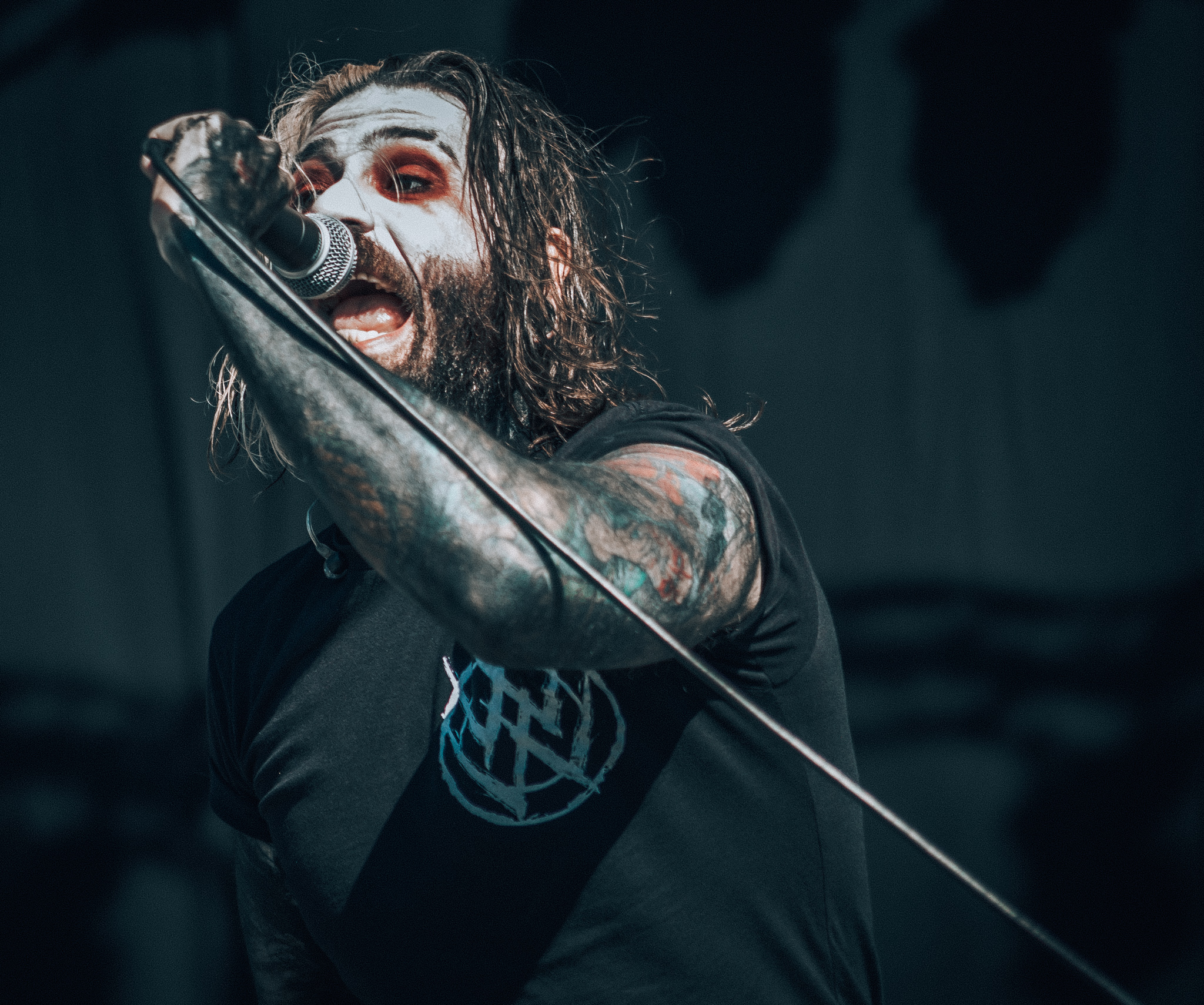 Following up the openers was local act We’re Wolves, shifting tone into darker hues as their blackened wardrobe blanketed the stage. These native Floridians brought the crowd to life with their contagious energy, while their lead singer commanded the audience behind red eyes and a mask of white face paint. Headbanging gave way to a burgeoning mosh pit, matching the energy as the bandmates bounced up and down with the rhythm. A highlight of the set was their cover of “Bodies,” which enthused a rally of crowd surfers as sweat began to pour in earnest. Short, sweet, and full of unrelenting punches, We're Wolves bared their fangs with the joy of live music under open skies. 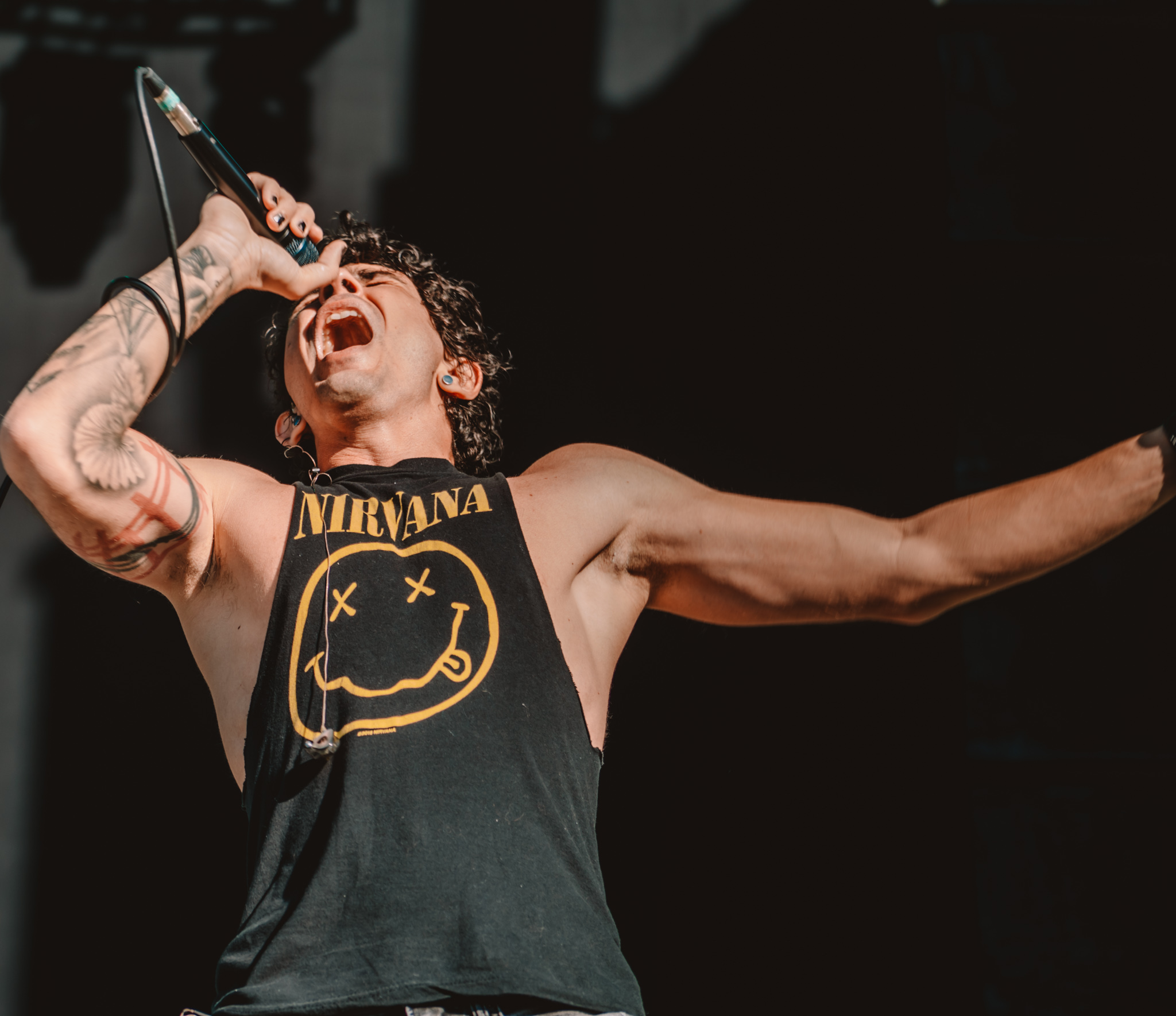 This act was followed up with another set of Florida locals, an admittedly last-minute addition, Felicity. Their emergent place in the billing did nothing to dissuade their performance, and they spent every minute making it clear just how much they belonged. Led by vocalist Damien Fagiolino, this high-energy performance was akin to combustion as the band forced the crowd into a near frenzy, and the stage presence of every band member was absolutely top-tier. During the finale of their set, lead vocalist of Story of the Year (Dan Marsala) came out to sing alongside Fagiolino for their song “Ignite.” Not just a great end to the set, but a spark for the desire for the possibility of a tour between the complementary punk and rock forces of Felicity and Story of the Year. 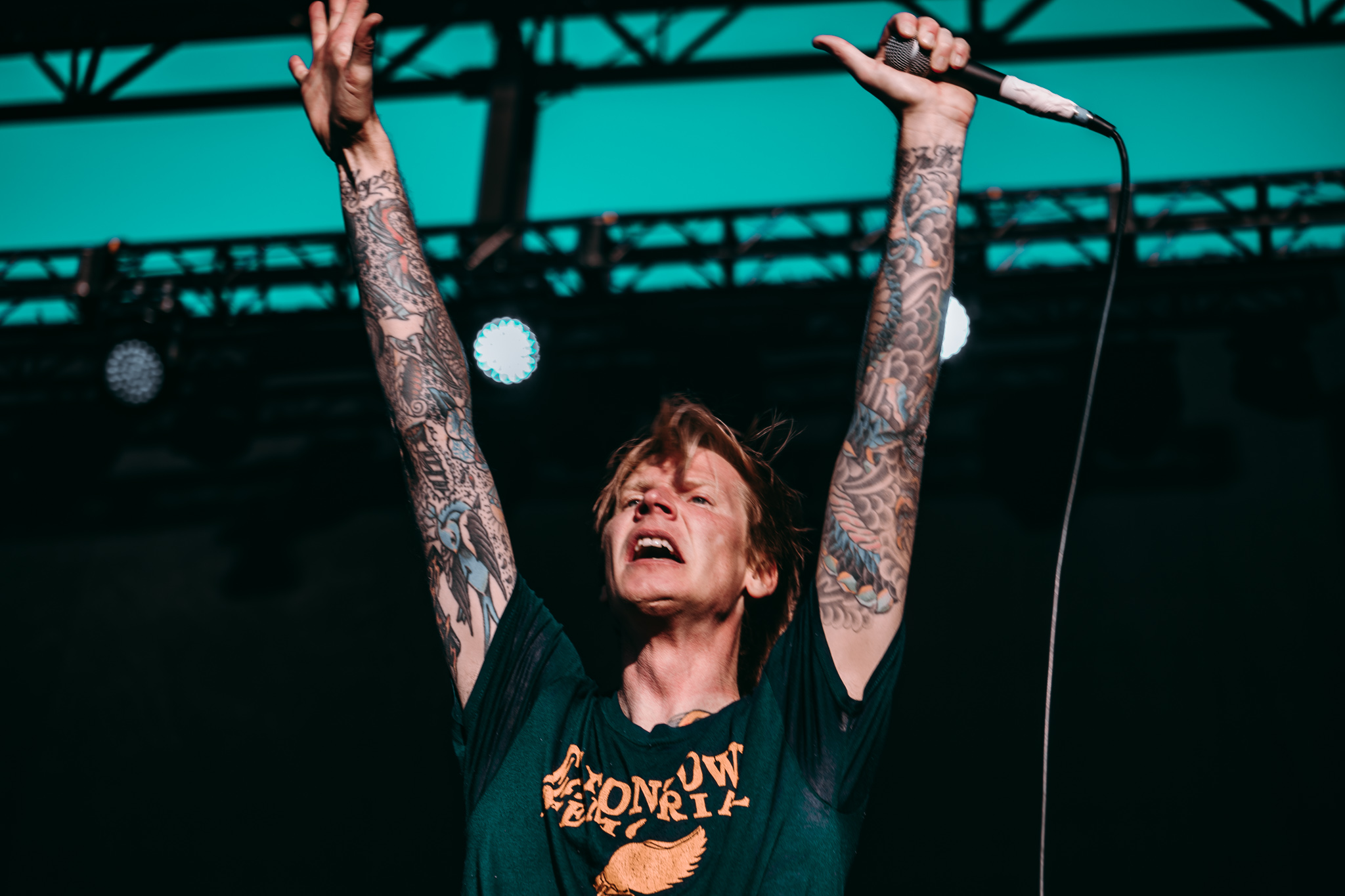 Evergreen Terrace turned up the heat even further with their metalcore flair. This sheer brutality was offset by their earnest fan interactions, spending much of their time up against the barricade with fans. But these metallers weren’t content with their feet on the ground, going so far as to engage in crowd surfing throughout their performance. No amount of heat or exhaustion could stop the enthusiasm as they bounded across the stage and swung the microphone stand with fervor. There was a keen determination in every note, one which made this hour one of the festival’s most intense. The relentless percussion seemed to echo long after Evergreen Terrace took their leave.

As night began to beckon and the headliners grew nearer, it was time for one of the first familiar names to grace the front of the Orlando amphitheater. Red Jumpsuit Apparatus brought with them a unique form of energy, one that was infectious in the furthest reaches of the crowd. It was a connection furthered by the nature of their music, with lyrics that connected to the weight of everyday problems, of chasing dreams and goals. The expression in the faces of the audience told the story of just how meaningful this music was, not just with the opportunity to see this band in the flesh, but to live through the crushing nostalgia in a communal celebration. Powerfully inspiring lyrics, a thunderous drumbeat, and energetic guitar rhythms brought Florida to the center of the universe for an awe-inspiring hour. 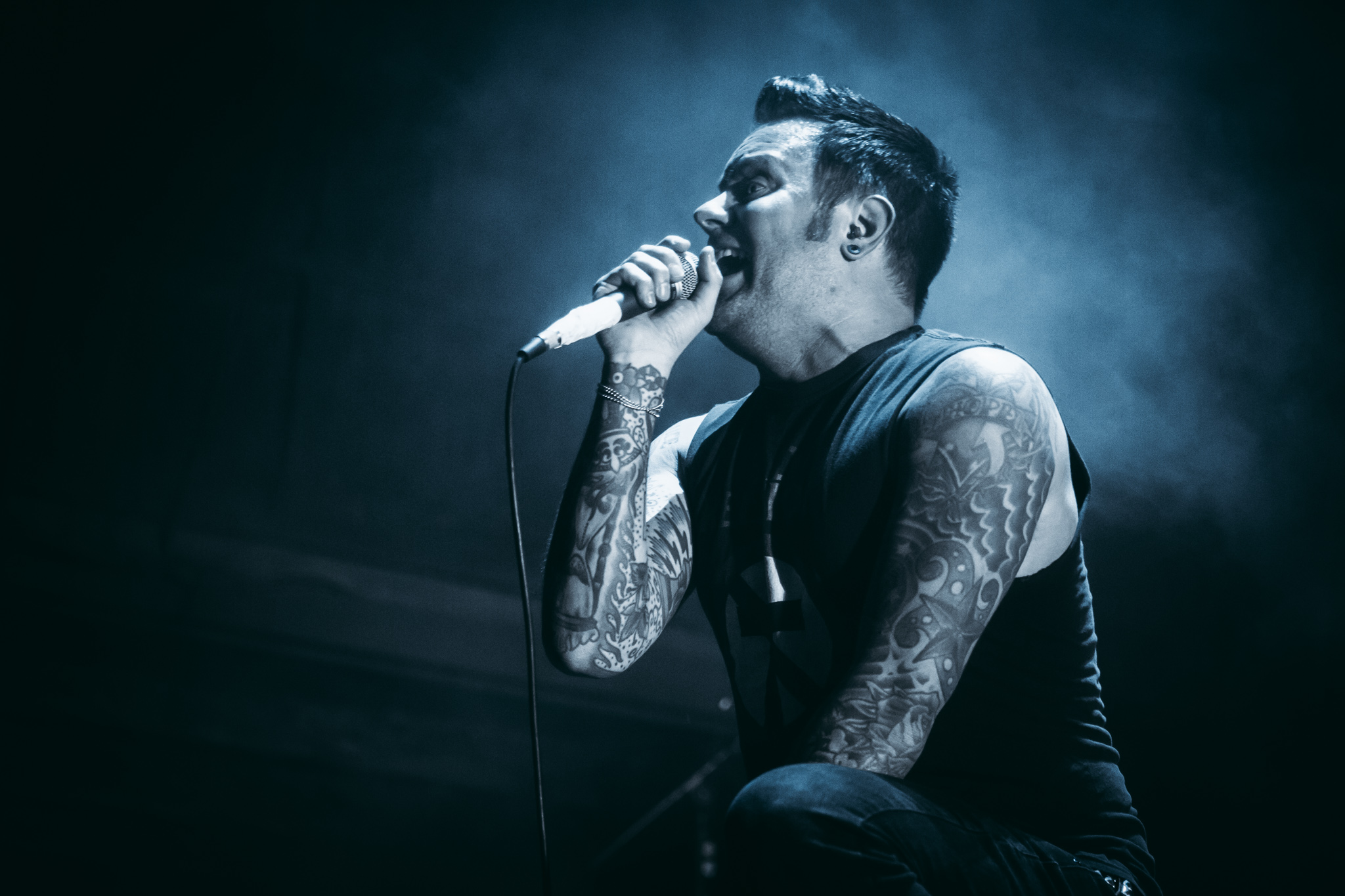 Taking the stage by force next was Story Of The Year, bringing with them songs that are just as important and meaningful today as they were to fans 15 years ago. Their setlist dove into crowd favorites, favoring those audience interactions and enthusiasm over digging for deep cuts. It was with “Until the Day I Die” that lit the crowd up like a firecracker, bringing crowd-surfers surging into the air as a mosh pit split the earth. For these blissful minutes there was nothing but excitement crackling in the air. Live music proved itself alive and well after spending a year waiting in the wings, and there were few stronger inspiring forces this night than Story Of The Year. 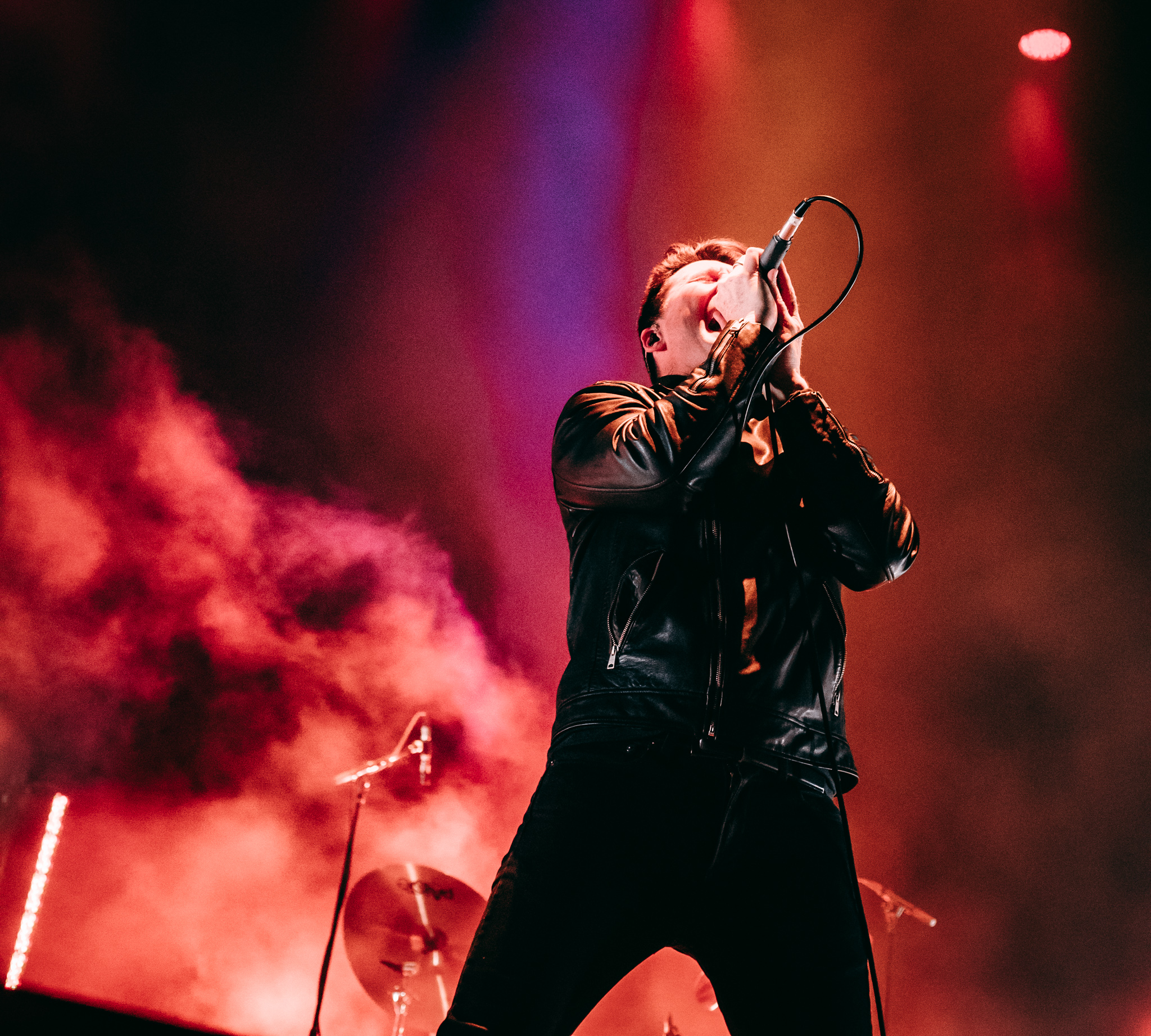 There are some bands that are always amazing to see live, and Anberlin is one of those bands. Their set began in a haze of fog and mystery, riling the crowd up even further. Chaos and adrenaline defined their time as they drew attention from fans of all ages. Even if their music has begun to reach something of a vintage, there was youthful enthusiasm with children pressed up against the barricade and belting out every word. An air of gratitude spurred energetic guitars to even greater heights as the band was bathed in surreally bright lights. They concluded their time with their two most influential tracks, placing “Godspeed” and “Feel Good Drag” back-to-back, and let the weight of their undying conviction to rock settle with every voice raised in unison – “they lied when they said the good die young.” 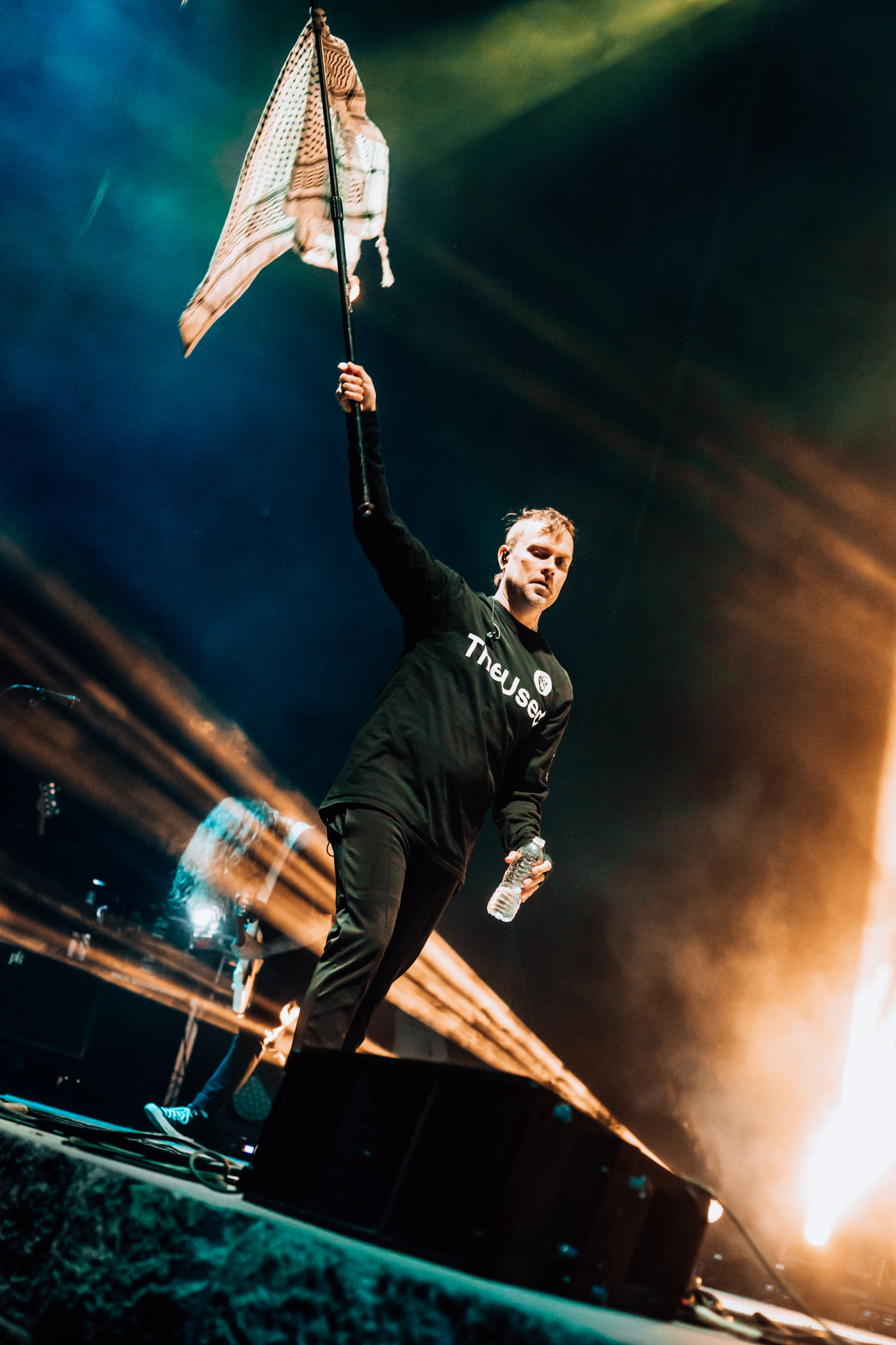 Finally it was time for the headlining performance, the name that had brought record numbers to Orlando’s shores. It was impossible to tell that this crowd had been on their feet for hours already as bodies pressed up against bodies, up against more bodies, up against the barricade. Lights dimmed and fog poured in through the dark as screams filled the night air. This was how The Used were welcomed for their place at the helm of the festival, dutiful and enthusiastic headliners to their core. They dove straight in for nostalgia, drawing primarily from their 2004 platinum hit album “In Love and Death.” These well-placed throwbacks were enough to ignite the fuel of passion spurred on by founder and front-man Bert McCracken. These born performers leaned into their instrumental demands and kept up the pace with electrifying delight, each chorus a rallying cry.

At the very end of their set, the band thanked the audience for letting them feel like kids again. It was certain that the feeling was mutual – they were given a grand exit to the sound of hollering voices and clapping hands. It was certain that no one wanted the magic to die – or to be reminded in the morning that they perhaps weren’t as young as they used to be – but it was clear that rock is alive and well. As the crowd filtered out of the amphitheater beneath a clear Floridian sky, there could only be one thought on everyone’s mind, joy for the night they had just shared. Perhaps The Used said it best of all: “what a beautiful thing!”