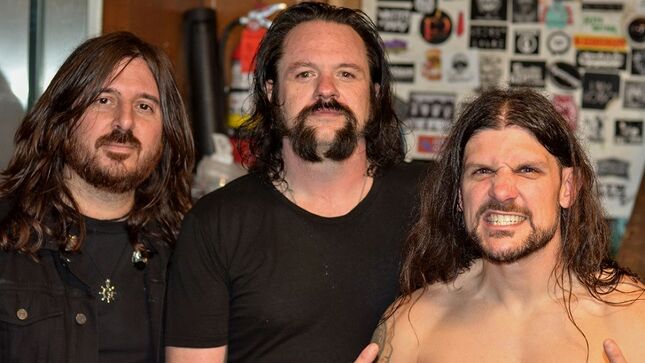 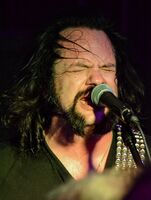 Such was the length and breadth between my live Night Demon fix: December '19 in Karlsruhe, Germany, then November 6, their lone North American headline show of 2021 (at the Steel & Stone festival, in Asheville, North Carolina). In between, the band members were spread across the globe: drummer Dusty Squires, holed up in Pennsylvania, Armand John Anthony at the band's Ventura, California home base and singer/bassist Jarvis Leatherby quarantined/travel restriction stranded in Dublin, Ireland. Like an addict, music junkies deprived of their Jones will seek to supplant the cravings with any substitute, often of lesser/dubious quality and shady origins. Such hacks might provide temporary relief from withdrawal, but there's nothing like the real thing! 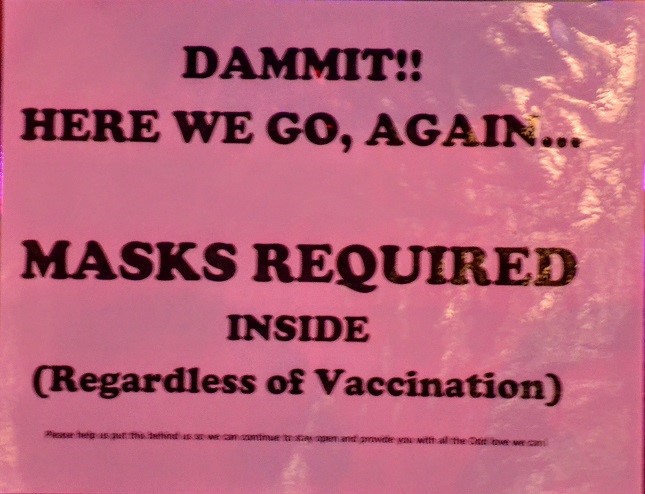 The Odditorium is a free standing, ramshackle venue that, in addition to bands, regularly houses burlesque and (guys in) drag events. The interior is crammed with oddities (hence the name), like taxidermy/medical experiments, animal skeletons/skulls and vintage Americana "junk": ‘60s handle-pull cigarette vending machine (now retro-fitted to dispense smokes at $20 a pack! Glad I never picked up that vice.), coin-op pay phone, tin toys, Zoltar fortune telling machine (like in Tom Hanks movie, Big), etc. Lots going on in/around the city that weekend (according to the local entertainment paper/website): Asheville's Godfather of jazz, a touring Phish cover band, Christian legend (?) TobyMac, The Lemonheads and country's Kip Moore. No mention of Night Demon, not even a listing. As Rodney Dangerfield used to say, "No respect!" That's OK, we know the truth. Guess that's why some people made the trip, from Ohio, Michigan, Texas, Alabama and New Jersey. Place only legally holds 99, so many of the patrons were out-of-towners. Why would a band, who have graced some of the biggest festivals in Europe, fly across the country, to play a tiny club, in a city to which none of the guys has any connection? "They asked," came Leatherby's matter-of-fact response. "We actually played here, back in 2015 and '16. It was a little different then." Fans standing inches from the performers onstage, the way rock n roll started, no barricades, or corporate bullshit. 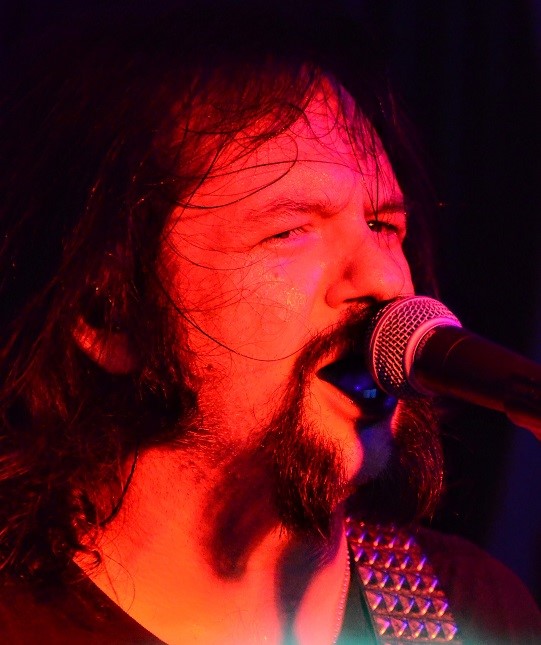 In keeping with the no frill surroundings, this was a no nonsense show, frontman Leatherby said little, as the band strung together song after song, virtually without interruption. High energy, maximum impact. During the "Screams In The Night" opener, the bassist and Anthony switched respective sides and when they got together, center stage, it was hair flailing, sweat flying, the band and crowd locked in a headbanging love affair. Night Demon are recording every show, for potential use on their long running podcast and whatever else may arise. Funny enough, tonight they had to play the first song twice, despite the protest of the shirtless drummer. The stomp of "Hallowed Ground" got the boisterous crowd moving, not really a mosh pit, but bodies were in action. The speedy "Ritual" saw a smiling Jarvis headband maniacally, at the front of the 6 inch high stage. "Full Speed Ahead" was just that, before "Curse Of The Damned" offered the first down shift in a frenetic paced set. 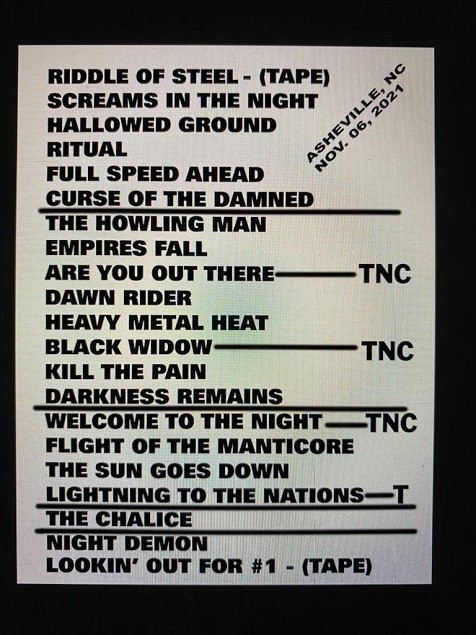 By now, Squires' pecs were glistening with sweat. No mater, they soldiered on, virtually two years of inactivity thankfully in the rearview mirror. The pre-recorded intro to "The Howling Man" gave the boys a brief respite, time to grab a quick drink. "Empires Fall" sprints by and "Dawn Rider" is treated as a returning champion, by the fans. "Heavy Metal Heat" gives way to the mid-tempo groove of "Black Widow". Finished with a renewed vigor, headbanging was not optional, but mandatory. Chunky, staccato riffs form the backbone of "Kill The Pain", while "Darkness Remains" was delivered with an almost a cappella section. 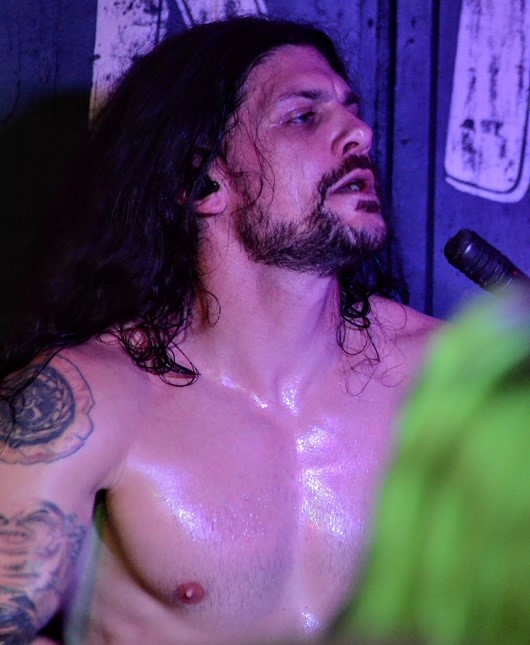 "Welcome To The Night" begins subtly, gradually building to its cathartic release. Was here Armand unleashed his portfolio of guitar god poses. The guy is really good. Thin Lizzy's "The Sun Goes Down" gets an adrenalized makeover, followed by a rarely aired entry from the Night Demon repertoire, a faithful rendition of Diamond Head's "Lighting To The Nations". One of the highlights of any show is the appearance of mascot Rocky, during "The Chalice". Not only does the skeletal figure brandish the namesake drinking vessel, but the loping tune makes for a great audience sing-along, especially the oft repeated, "Drink from the chalice" chorus. Tonight, he showed up on the next-to-last number. Prefaced by Leatherby saying, "We don't drink much anymore," the band's signature tune capped the evening.

Glad to have them back in action, but with the trip over, already aching for the next one. A spring North American tour is already booked. Can't wait!