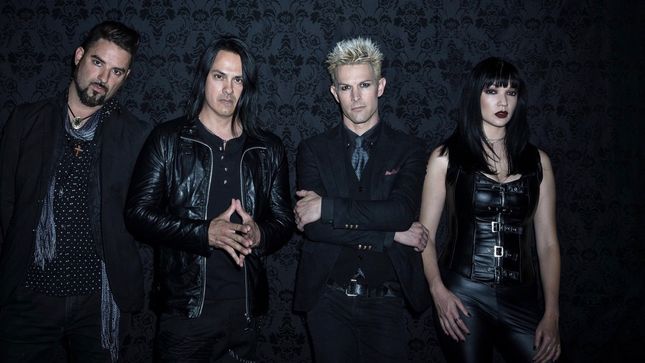 9Electric, the hard rockers hailing from Los Angeles, California, have inked deal with Pavement Entertainment. The band anticipates an early 2019 release for their upcoming album, Megalith.

Megalith is an album as true to the rock royalty that inspired it, as it is to the band members that created it. "We stripped our sound down and got back to basics, writing songs that stood out on their own and weren't dependent on programming and production," says guitarist Mikey Lopez, who wrote every song on Megalith with vocalist Ron Underwood. "This album is the most honest record of our career."

Integral to the process was Shawn McGhee, who recorded, produced, mixed and mastered the album in his Las Vegas studio. "We had a great experience making our last record, but in hindsight I can't help but feel like we stifled our producer by trying to have too much voice in how he did his job," recalls Lopez. "We learned from that with Shawn - we let him produce, and he let us be us. And the results speak for themselves."

"The Megalith concept grew straight out of my obsession with lost civilizations and esoteric symbols," says Underwood of the album's theme. "Most of the lyrics are introspections into life's dualities - primarily good and evil, and how they work to create a third and even greater single entity beyond that given dimension."