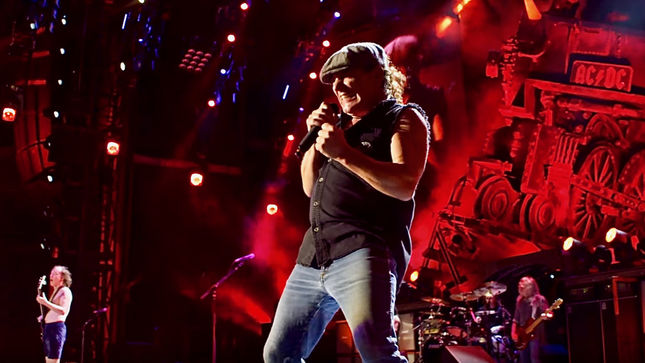 BBC News is reporting that a plaque commemorating AC/DC singer Brian Johnson will be added to NewcastleGateshead’s Local Heroes Walk Of Fame. Others being honoured are actor Tim Healy, and television presenters John Grundy and Mike Neville.

The public voted for the bronze signs to be the latest installed later this month. The walk along the Newcastle Quayside opened in 2014 and 29 plaques have so far been installed.

Brian Johnson was born in Dunston, Gateshead, and became the lead singer of AC/DC in 1980 after the death of former frontman, Bon Scott.

Britain’s Sky Arts recently debut the new series, Brian Johnson's Life On The Road. The 6-part series features the legendary AC/DC frontman in conversation with some of the biggest names in rock and roll history as they explore the realities of life on a global rock tour.

Remaining episodes are listed below: