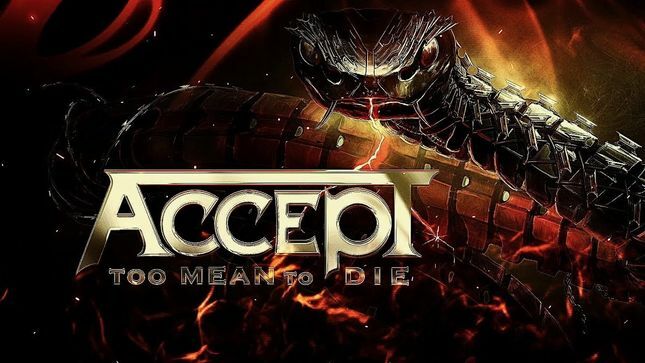 German metal legends Accept could have hardly chosen a more fitting title for their new upcoming masterpiece - Too Mean To Die. First a virus interrupted the recording process of their 16th studio album back in spring 2020, and now the same rotten thing has caused the release to be postponed by two weeks, to January 29th.

As a consolation for fans and to shorten the waiting time for the complete album, the band has released the third single from the album, "Zombie Apocalypse".

Singer Mark Tornillo: "They're everywhere, they can't put them (mobile phones) down. They can't keep them charged; they can't take their eyes off the screen! It's a zombie apocalypse!"

Watch the visualizer for "Zombie Apocalypse" below.

Too Mean To Die will be available on CD, Cassette, 2-LP Vinyl in 8 colors plus as ltd. Edition Delux Box Set containing a CD Digipack, special colored 2-LP with a Pop-Out-Snake, cover patch and a signed autograph by the band as well as digital on all platforms. Pre-order/pre-save here.