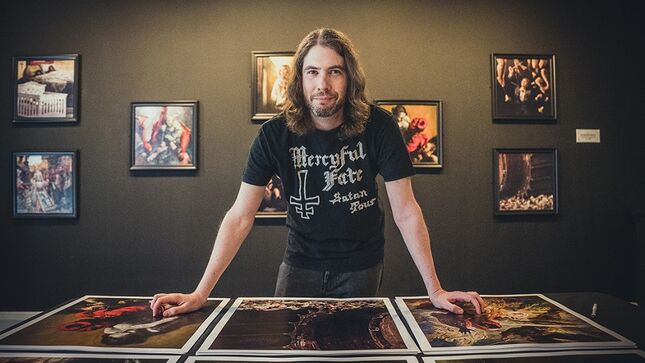 Dark Earth is a unique heavy metal cultural space which includes a record shop, book shop and an art gallery. It is the only place of its kind in the UK. 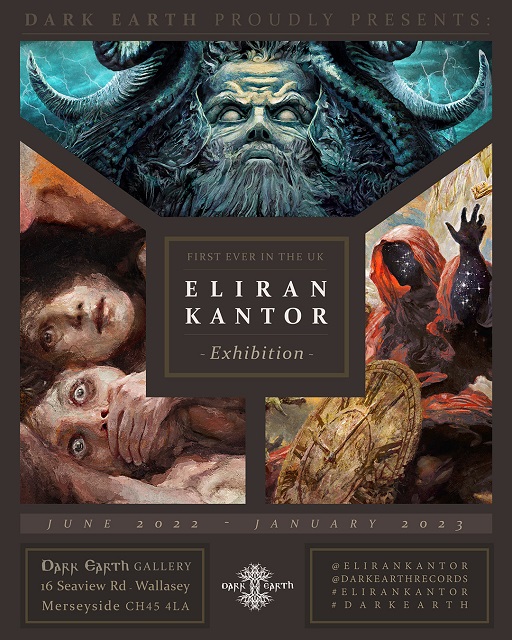 Eliran Kantor is a Berlin-based Israeli-Born artist. Known in the music world for his paintings which are often used as album covers for the likes of Testament, Helloween, Kreator, Sodom and Soulfly among others.

His work was exhibited in the past in Chicago, Copenhagen, Wacken Festival (Germany) and the Transylvania Film Festival among others. 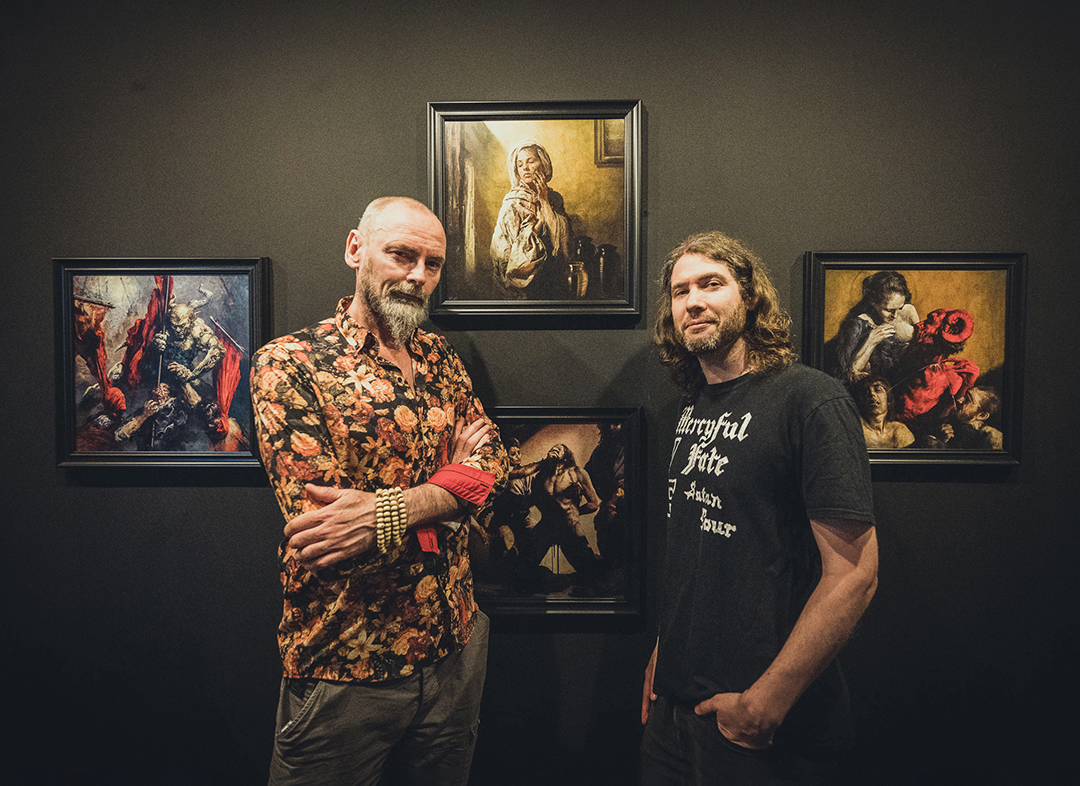 Among the guests at the grand opening were members of My Dying Bride, Evile, Unfathomable Ruination and Dawn Ray'd, among others.

Dark Earth owner and curator James Brady comments: "Our launch party last night was absolutely incredible! It was like a little cultural explosion in Wallasey. So many lovely kindred spirits turned up to declare their support and faith in this completely bonkers project and to show their fan love for Eliran's extraordinary art. People travelled from far and wide to get here. It was a very humbling experience for us. We felt so privileged to be right there with everyone. The positive vibes were palpable. Sincere thanks to everybody who attended the party by bringing gifts, conversation, smiles and 'the horns'. A special THANK YOU to the amazing photographer, Sabrina Ramdoyal for her positivity, grace and artistry whilst capturing the energy of the evening."

Kantor comments: "Wow! Full house yesterday! Thank you all for the amazing turnout with so many people driving 2-4 hour (!), booking hotels and bringing families! Honestly I never imagined such a warm welcome on my first ever visit to the Liverpool area. Massive gratitude to everyone in attendance, the familiar faces I got to see after many years and of course to James Brady and the Dark Earth crew that arranged the whole thing. Hope to be back to the UK very soon. Cheers everyone and safe travels home." 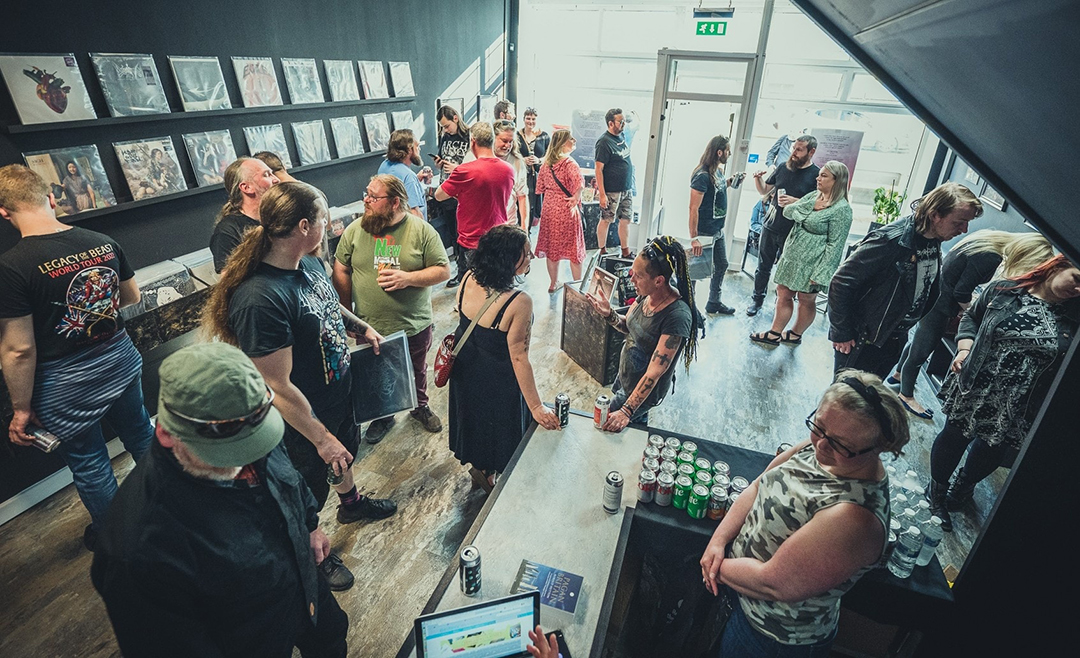 Self-taught, Kantor grew up experimenting with different mediums and styles, since his most admired artists tended to be animators such as Terry Gilliam, John Kricfalusi and Gerald Scarfe. At the age of 21, Kantor was hired to direct national campaigns for the likes of Renault and Visa, but a year later he had quit the advertising business to focus on his artwork and commissions for album covers, his focus for almost two decades since then.