ACE FREHLEY - "I Sing Out Of Necessity, Not Because I Really Want To" (Video) 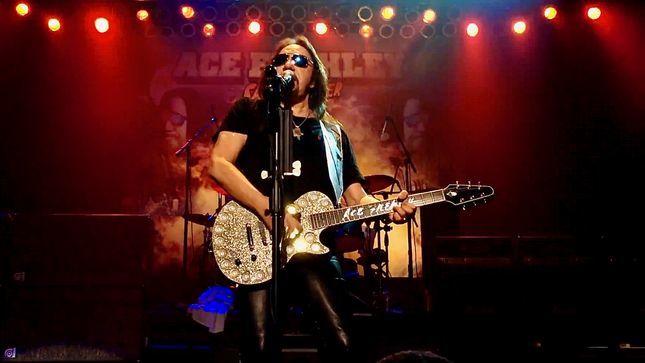 Original KISS guitarist Ace Frehley is doing the press rounds in support of his new album, Origins Vol. 2. He recently guested on The Cassius Morris Show to discuss the making of the record, being technologically inclined, working with computers, and singing a Paul McCartney song on the new album.

Frehley: "I surprised myself on this album. To be honest with you, I had to drop the tuning down to open D so I could sing it ('I'm Down'). I'm no virtuoso lead vocalist. I don't consider myself a lead singer. I'm a guitar player first, producer, songwriter. I sinf out of necessity, not because I really want to. I'd rather just play guitar. It's more fun."