ACE FREHLEY On Opening For KISS On Their End Of The Road Tour - "If I Can’t Regain My Throne, I’m Not Going To Do It... I Invented It" 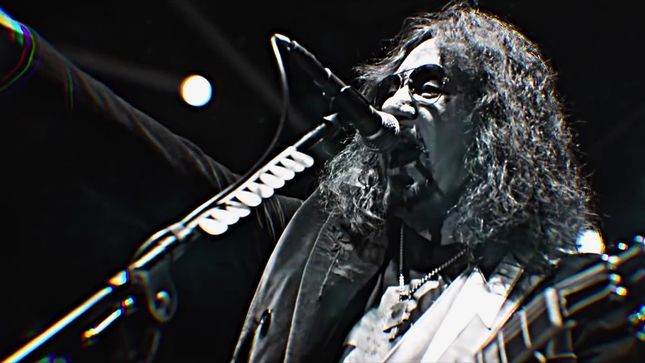 Ace spoke with host Izzy Presley about everything from his stellar new solo album, reconnecting with Gene Simmons, covering Eddie Money and the Rolling Stones, firing his entire band and living a sober life.

Ace also finally ended speculation on the proposed rumours of him being the opening act on KISS' End Of The Road Tour. Ace told Izzy, “I will not open that tour and you can tell them I said that! If I can’t regain my throne, I’m not going to do it. I invented it!”Listen to Monsters Of Rock Radio live on DASH!, here.

Ace recently released a music video for "Rockin' With The Boys". Filmed live in Detroit Rock City, this is the first music video we've seen from The Spaceman since he released the video for "Fire And Water".

That video featured KISS frontman Paul Stanley and was off of Origins, Vol. 1, released in 2016. The video was done by veteran director Justin Reich.

This is the second song Frehley has released this year, from his forthcoming all-new Spaceman album, due October 19th, via Entertainment One (eOne). Frehley previously released the track "Bronx Boy" in April.

“No need to worry, I’ll be home soon, ’cause I’m rockin’ with the boys,” Frehley sings on “Rockin’ With the Boys”, which tells the tale of life on the road. Ace says he wrote the original version of the song back in KISS’s heyday in the ’70s. Both "Rockin With The Boys" and "Bronx Boy" are available on all streaming platforms today, and are iTunes instant grat tracks for fans who pre-order the album.

An Ace Frehley "Spaceman" pop up store powered by Looney Tunes is planned for Friday, October 19th at the Sam Ash Music store, located at 333 W 34th St. in New York City. Ace will be appearing from 5 - 7 PM, EDT signing copies of his new album.

Spaceman LPs and CDs will be available to purchase as well as the limited edition Orange Vinyl only currently available at indie store locations in the US.