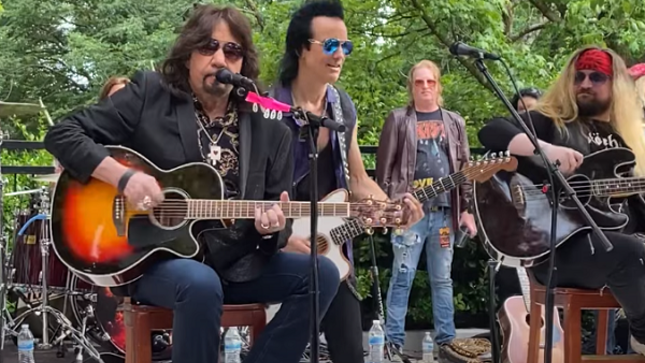 On May 27th, Frehley made a surprise appearance during the poolside acoustic show and performed "2000 Man" (The Rolling Stones) nacked by Trixter's Steve Brown and Sisters Dolls Brennan Mileto. Check out the video below.

KISS recorded their own version of "2000 Man" for their Dynasty album, released in 1979.

Complete event details, including ticket info, can be found at creaturesfest.com.

Fan-filmed video of  original KISS guitarist Ace Frehley's sold out May 15th solo concert at Strand Theatre in Hudson Falls, New York can be seen below.