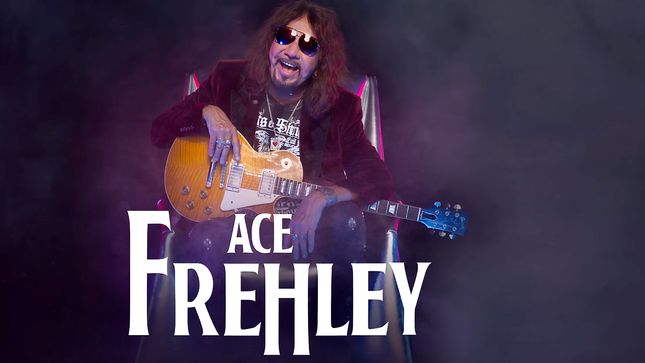 Founding KISS guitarist and Rock And Roll Hall Of Fame member, Ace Frehley, has shared the second single from his highly-anticipated second collection of eleven rock 'n' roll covers titled, Origins Vol. 2, in the form of The Beatles’ 1965 b-side, “I’m Down”.

Featuring John 5, the cover kicks the classic track into high gear with shredding solos and Frehley’s on-point vocals, sounding at the top of his game. Watch a visualizer for "I'm Down" below.

Due out on September 18 via Entertainment One (eOne), Origins Vol. 2 continues Frehley’s reflections on a lifetime in music and inspiration. No stranger to cover versions throughout his musical history - having recorded, rebranded, and repossessed such notable nuggets as "New York Groove", "Do Ya" and "I Wanna Go Back" throughout his eight previous studio efforts - this new collection presents a thoughtful and exciting selection of songs that inspired and helped shape the legendary guitarist. That spirit of fun is carried through with exquisite execution, and guitar aficionados will enjoy Frehley's fresh interpretations of these classic songs.