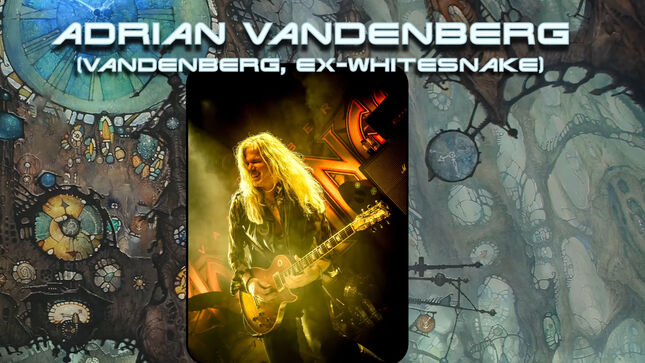 An update from Arjen, introducing a guest spot by former Whitesnake guitarist Adrian Vandenberg, states: "Adrian plays all the solos on the track ‘Revel In Time’ of the new Star One album. Check out this video to hear part of his solo and please don’t miss Adrian’s heartwarming message at the end. It’s so great for me to finally work with Adrian, I’ve looked up to him ever since the early 80’s. Even though I’m even taller than he is!"

Revel In Time will be available for pre-order on December 17 and it will come as Ltd. 2CD Digipak, Ltd. Deluxe 3CD+Blu-Ray Artbook (incl. a poster of the cover artwork), and as 180g Gatefold 2LP (incl. the album on CD & an LP-Booklet).

CD 2 features alternate versions of the same songs as CD 1, but with different vocalists. Also available will be a 5.1 mix, a high-res audio version, and an exclusive, hour-long Behind the Scenes video, on the Blu-ray included in the Artbook.