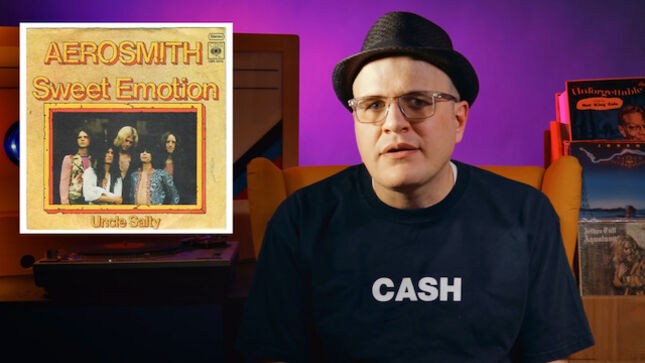 Professor of Rock has released the video below, along with the following message:

"In the early 70s "the bad boys of Boston” know as Aerosmith were a maelstrom of chaos, and chemically induced tension. The leaders Steven Tyler and Joe Perry battled through their toxic relationship between themselves, and an interloper to produce a rockin’ rampage that started with bassist Tom Hamilton’s vibe, 'Sweet Emotion' would be the band’s breakout hit. We relive the 'bitter sweetness' of a classic rock standard, next on Professor Of Rock."