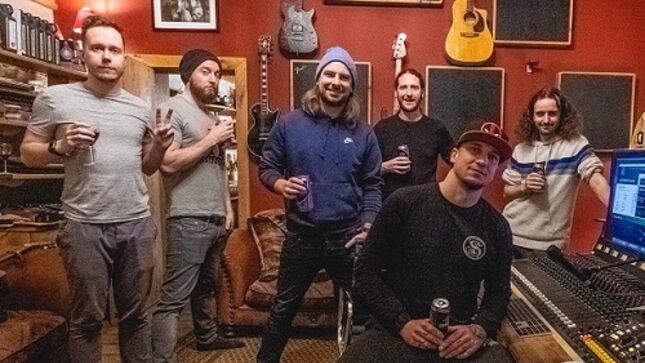 The world’s favourite Pirate Metal Drinking Crew, Alestorm, has checked in with the following update, bound to please the band's fans:

"Oh wow! Today we are thrilled to announce that we have extended our contract with Napalm Records for three more albums, and we have just entered the studio to record our 7th album, which will be called Seventh Rum Of A Seventh Rum. We'll be spending the next month with our long-time producer Lasse Lammert at Middle Farm Studios in sunny Devon, England, recording all the instruments and vocals and having a very silly time. Of course we will have a bunch of updates for you coming later on, with the tracklist, album art, release dates, and all that nonsense. Stay tuned!"