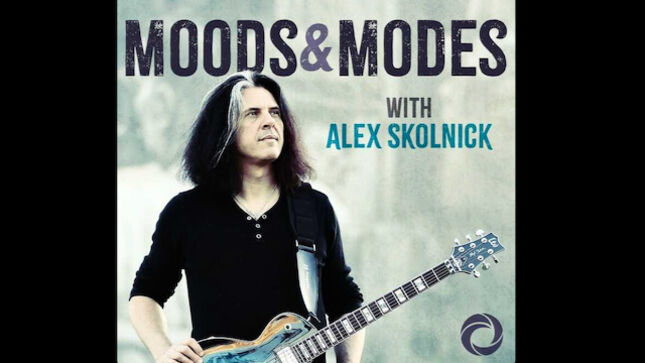 "If you think you're the bee's knees and there's no end and you say, “I don't need to practice” or learn a new solo by somebody else, you know - when you reach the point where you don't think you need that, you're over and done with it." - Peter Frampton

Frampton is among the most celebrated guitarists in rock history. His 1976 album, Frampton Comes Alive!, remains one of the top-selling live records of all time. In this episode, he joins Alex to talk about his exceptional career, from his early days with Humble Pie to his success as a solo artist and the making of his upcoming release, Frampton Forgets The Words. Peter tells Alex about growing up with David Bowie, his reluctance to be a lead vocalist, and the two geek out over Peter’s signature guitar gadget, the talk box.

Frampton has collaborated with such legends as George Harrison, David Bowie, Jerry Lee Lewis, Bill Wyman, and Ringo Starr, among many others. In 2007 he won the Grammy Award for Best Pop Instrumental Album for Fingerprints, and in 2014 he was inducted into the Musicians Hall of Fame. His memoir, Do You Feel Like I Do, was published in 2020.

Moods & Modes is, in Skolnick’s words, a “No Reservations for guitar.” Traveling from vintage guitar shops in Brooklyn to iconic recording studios and legendary music venues around the world, Skolnick explores the work of renowned musicians through commentary, conversation, and live performance.