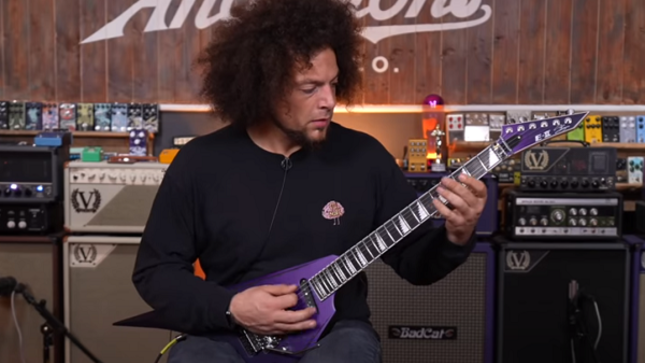 "At the end of 2020, which had already been a challenging year for everyone, we received the news that ESP signature artist Alexi Laiho had passed away. This was a terrible blow to many of us at ESP who had grown to become personal friends with this thoughtful, kind, loyal, and incredibly talented guitarist whose impact on modern metal cannot be overstated. Alexi first joined the ESP artist roster in 2002 as an outstanding up-and-coming musician, and by 2006, we’d introduced our first Alexi Laiho Signature Series guitars.

Over the year previous to his death, we’d been working closely with Alexi on the creation of the first new models to add to his Signature Series in more than seven years. Alexi was very excited about these new guitars, which he helped design in conjunction with ESP, and he’d already begun using his new ESP Custom Shop models in recording and live shows with his band Bodom After Midnight. It was very important to him that we also offer these new models in our LTD Signature Series, providing a more affordable option for guitarists and fans all over the world.

Alexi’s prominence as one of the most important figures in guitar playing continues with these five new additions to his Signature Series. These new models are all guitars that both honor Alexi Laiho’s legacy and allow his tremendous musical influence to continue on players of today and tomorrow."

Andertons Music Co. has posted an unboxing video for the Alexi Laiho signature ESP Ripped guitar. Check it out below.

These new guitars are immediately available for pre-orders. See more in the Musamaailma webshop here.

All models with specs  pics photo are available at the official ESP site here. 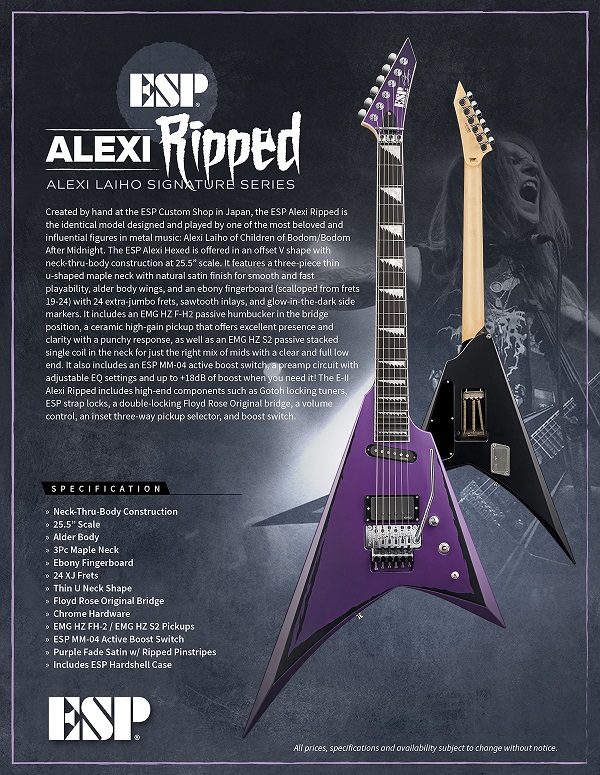