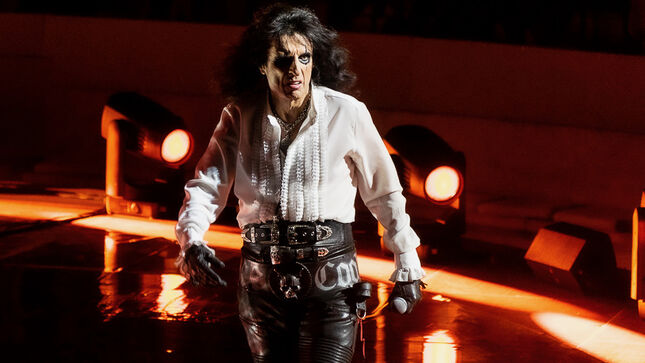 On June 27, songwriter/producer Desmond Child held a special concert in Athens, Greece at the legendary Odeon Of Herodes Atticus, an amphitheater which was built in AD 161. The concert featured some of the artists Desmond has worked with over the years, including Alice Cooper, Bonnie Tyler, and Kip Winger.

The concert was organized by famous Greek songwriter Phoebus in collaboration with the Greek Ministry Of Culture with a noble cause to support and bring awareness to the global cry for the reunification of the Parthenon Sculptures to Greece. 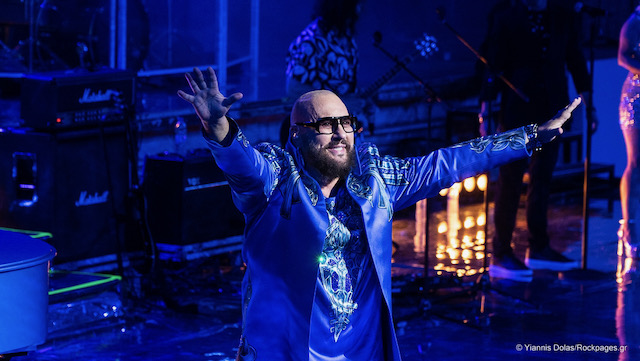 Desmond Child played some of his greatest hits accompanied by some of the artists he wrote them for. Alice Cooper stole the show with “Poison” and “Bed Of Nails” that he performed with Desmond on piano and Kip Winger on bass, running up and down and giving an amazing performance. Also, note that Cooper’s wife, Sheryl is contributing backing vocals with the other singers.

Bonnie Tyler, for whom he co-wrote “Hide Your Heart”, also appeared to sing the song, as well as “If You Were A Woman And I Was A Man”.

At the show’s finale, Alice Cooper, Bonnie Tyler, Kip Winger and all the guests including famous Greek pop star Sakis Rouvas, Rita Wilson (Tom Hanks’ wife, who is of Greek descent), The Rasmus, Justin Benlolo, Tabitha Fair, Chris Willis, Andreas Carlsson and George Lembesis, all dressed in white (except Cooper) sing one of Child’s most popular songs, “Livin’ On A Prayer” to the audience’s delight.

Minister Of Culture, Lina Mendoni, alternate minister of Foreign Affairs, Miltiadis Varvitsiotis were among the spectators who sold out the venue.

Rockpages.gr has posted a review of the concert, as well as photos and video. Find the review and photos here, and watch video below.