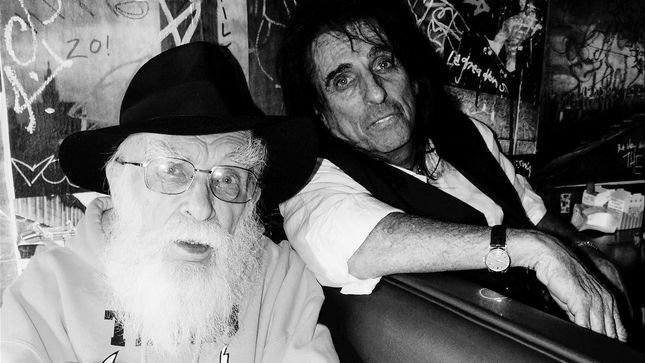 Alice Cooper has released a statement, paying tribute to magician James Randi, who passed away on Tuesday at 92 years of age. Says Alice: "I am so proud to say that for a brief time the greatest of them all, The Amazing Randi, was a part of our traveling troupe. He was our illusion guru and taught me everything I know about how magic could meet rock and roll. His genius helped the Billion Dollar Babies show become the spectacle no one had ever seen. He was rock and roll’s Gandalf.”Photographer Kyler Clark shares: "So so sad to hear about the passing of The Amazing James Randi, an icon in #AliceCooper lore and a legendary illusionist who spent his life debunking false miracle workers and who famously carried a very large check to be given to anyone who could prove to him they were able to perform a true miracle. No one ever could. He was such a lovely man, happy to have met him. Here he is with Alice at the #superduperalicecooper premiere in NYC. If you haven’t seen it the film @anhonestliar, please watch it for some insight into this truly amazing man." #theamazingrandi #jamesrandi #anhonestliar(Photo - Kyler Clark / CerealKyler Photography)