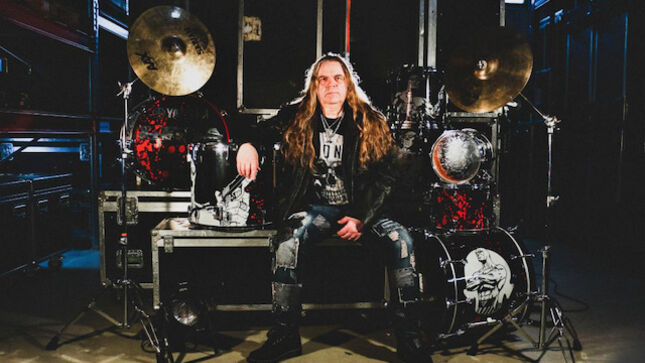 Frontiers Music Srl announces the forthcoming release of Circus Of Rock's debut album, Come One, Come All, on August 6. Circus Of Rock is a new band, or rather a massive musical project, masterminded by drummer Mirka Rantanen (King Company). The debut single, "Desperate Cry: featuring Johnny Gioeli (Hardline, Axel Rudi Pell) on lead vocals is out today. See the video below, and pre/order save Come One, Come All here.

"My musical influences in making Come One, Come All come from a mix of artists I've been exposed to over the years. My own bands which I've been involved in and, of course, my own musical idols. In music, I love more than anything classic melodic hard rock and that shows on this album. I wanted to make the kind of music I could stand behind completely. The intention was just to have fun with musicians I admire and have everybody perform great songs," says Circus Of Rock mastermind Mirka Rantanen.

"As for the recording of the album, last summer we had all the songs and demos ready. I recorded the drums in early autumn and then everyone else did their part in different studios or at home during autumn and end of the year. Since the album has almost 40 musicians, it was a bit of a challenge to keep everything in order when it comes to sessions. Dozens of tracks could arrive to me on the same day. I worked closely with mixer Kimmo Ahola so that we both kept up to date with what was coming in, what had been transferred, etc. It was quite a job and I still have to tip my hat to Kimmo for putting this puzzle together," continues Rantanen.

Come One, Come All has a killer line-up of singers and musicians, a full list of which you can see below. The amazing talents involved come from the likes of Amaranthe, Tyketto, Hardline, Nightwish, Leverage, and more, plus musicians from bands such as Stratovarius, Brother Firetribe, Masterplan, and others.

Hardline and Axel Rudi Pell frontman Johnny Gioeli handles lead vocals on first single "Desperate Cry". Rantanen explains, "'Desperate Cry' was called 'Why' at first, but when Johnny got it, he wanted to change the lyric a little bit and it became 'Desperate Cry'. This was the first song that came together for the album. It is written by songwriter/guitarist Ade Manninen and as soon as I heard the demo of it, I was absolutely sure it would go to Johnny. It fits his voice perfectly. Unfortunately, Ade died of cancer May 9th and will not be able to see the release of the song or the entire album. The guy in the video is a "stunt guitarist" because Ade was no longer able to participate in the video shootings due to his health. But he's in our memories now here and a few other songs he plays on. The song is about a relationship ending between two people and the pain involved with that, but after Ade's death, the story took on a whole new meaning, at least for me."

“A few years ago I started to think about recording a solo album; however, I didn’t want to do just a traditional solo album. That’s because people often think a solo album is mainly to allow the musicians to show off their fantastic skills and magnificent instruments, but I wanted to focus more on the great songs that don’t happen to have extra drum solos. I also wanted to include many fantastic colleagues with whom I have played over the years on this album, and in addition a couple of great guest singers. My intention is to get the album released in 2021, when I turn 50. And now this will happen thanks to the Frontiers label. The album will be a kind of milestone in my professional career, my long-term 'dream that is finally coming true' type of thing," says Rantanen.

Confirmed singers and musicians appearing on the album include:

Mirka Rantanen has a long career in the Finnish hard rock scene. He has played on 40+ albums during his 30 year career, including releases by King Company, Raskasta Joulua, Kotipelto, Warmen, Northern Kings, Revolution Renaissance, and more. In addition, ten years ago he created the very popular heavy rock band for kids called Hevisaurus, for which he was awarded the Emma Award in 2011 (the Finnish equivalent of a Grammy). 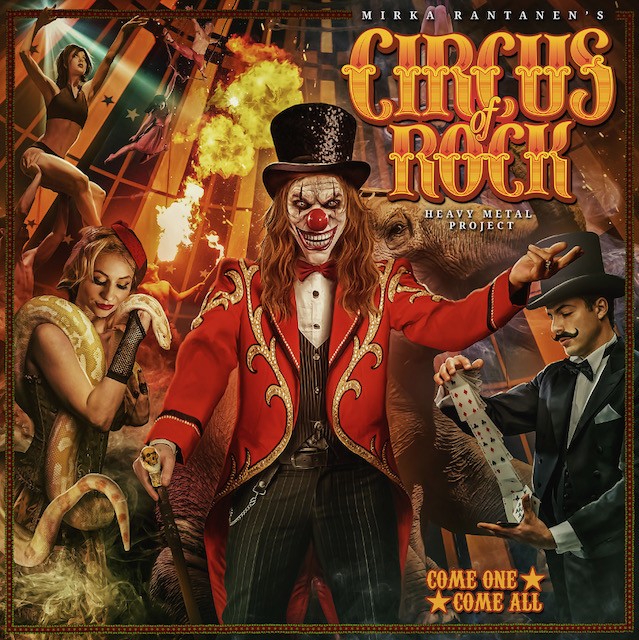