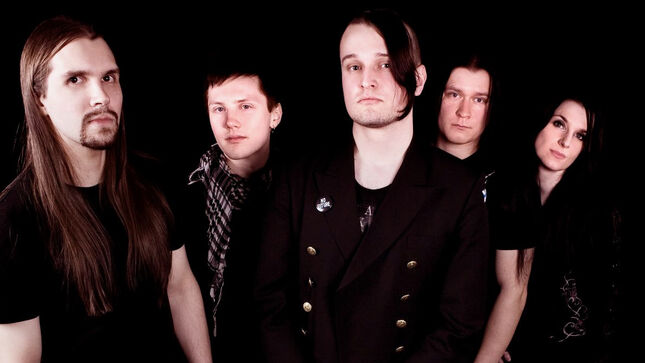 Rockshots Records will release Amoth's third album, The Hour Of The Wolf, on January 28. A lyric video for the new single, "It Ain't Over Yet", can be found below.

Says the band: "This is a full-scale thrash attack with no mercy! The song is about school bullying or bullying in general. We are totally against bullying. Unfortunately, it’s a thing that’s going on all around the world. If you're a bully, remember that it may be over for you but it's never over for the victim. Things might get ugly if the bullied person decides to retaliate…"

Amoth is a melodic progressive heavy metal band with progressive elements from Helsinki, Finland. Their upcoming album The Hour Of The Wolf is a huge leap forward compared to their previous recordings Revenge (2016), Crossing Over (2011), and Wounded Faith (EP) (2008).

"This is by far our best album yet! Superior performances from all of the musicians. Much better production and songwriting. It’s not a fast-food album. Some of the songs are quite complex so it takes probably more than one listen to really get into!” comments Amoth guitarist and main songwriter Tomi Ihanamäki.

Amoth’s roots are strongly founded on ‘80s heavy metal, but branch out in different directions with elements from progressive rock, thrash, and even jazz brought to the table.

The new album features Pekka Montin of Ensiferum once again as the lead vocalist and for the first time, there are also keyboards on an Amoth recording. Fans can expect insane vocals and virtuoso-like playing from all members of the band. The nine songs are very diverse, taking sudden twists and turns into unexplored territory. Amoth even offers up two Steve Vai / Joe Satriani-style instrumentals on this new full-length with tracks "Wind Serenade Part I" and "Wind Serenade Part II".

“The Man Who Watches The World Burn” video: