ANGTORIA Vocalist SARAH JEZEBEL DEVA, Guitarist CHRIS REHN Confirm Follow-Up To God Has A Plan For Us All Album Under A New Name 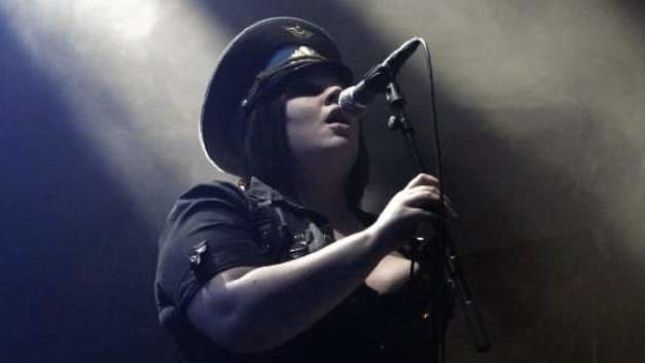 Vocalist Sarah Jezebel Deva, who was with Cradle Of Filth for 14 years before leaving the band in 2009, has posted a new update. Check it out below.

"I will have a major announcement for all of you regarding the follow-up to the album Angtoria's God Has A Plan For Us All very soon. Under a different name. We released this album in 2006 and this announcement has taken 14 years. Apologies.

New name, and new... well, I expect all of you to get this news out because if it wasn't for you lot, we wouldn't be doing this. Thank you for your encouragement and strength. Watch this space."

Angtoria was active from 2002- 2011, releasing only one album, God Has A Plan For Us All, which was preceeded by the 2004 demo Across Angry Skies. The band line-up featured Sarah Jezebel Deva (vocals), Chris Rehn (guitars, keyboards), Tommy Rehn (guitars), John Henriksson (drums) and Dave Pybus (bass).