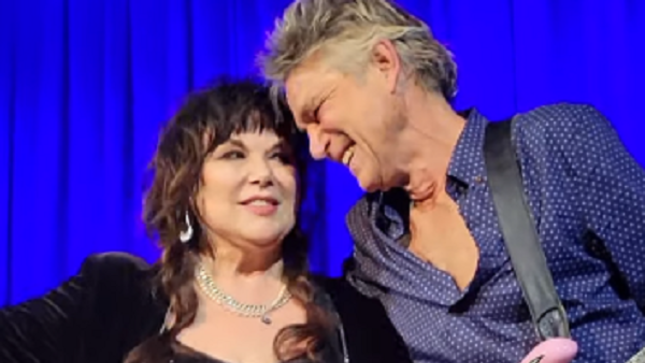 Heart vocalist Ann Wilson performed a solo show at Neptune Theater in Seattle, Washington on October 16th, and during her set she was joined by founding Heart guitarist Roger Fisher. Pro-shot video of their "Mistral Wind" peformance can be viewed below.