ANN WILSON On HEART's 50th Anniversary - "I’m Not At Liberty To Say Exactly What ... We’re Doing A Thing And We're Formulating It Now" 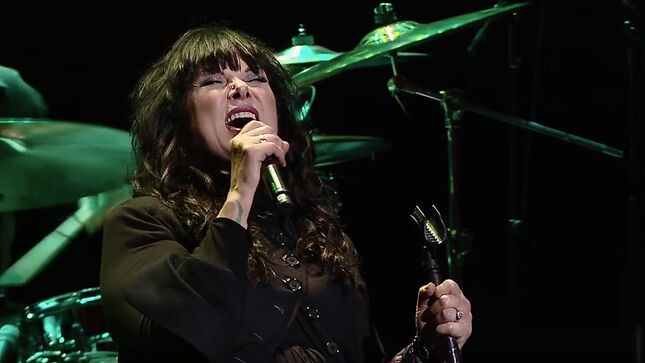 In a career spanning interview with Grammy.com, Heart’s lead singer, Ann Wilson, reflects on her new solo album Fierce Bliss, all that’s come before and what’s in store for the band’s 50th anniversary. Read a couple of excerpts from the chat below:

Grammy.com: Your vocal performance of “Stairway To Heaven” in front of members of Led Zeppelin (at the Kennedy Center Honors in 2016) now has 80 million views on YouTube. What were your memories of that day and what pressure did you feel?

Ann Wilson: "That was a dream day. You wake up and go to a breakfast and then they take you to the White House where you meet the President and First Lady and, and it's like a cocktail hour type thing. You see all kinds of luminaries just hanging about in the White House. Then, you go back to the Kennedy Center and you do your set or your song. And then you go to a big dinner afterward with all the luminaries again,. It's a day where you don't have time to sit and freak out. It's one thing after another, all timed and planned for you. So you just let yourself be a sack of potatoes and get carried through this day.

"When your moment comes on the stage, I felt that it was extremely important for me not to get nervous, but to be completely serene while singing that song. At that point I was learning entry level meditation techniques. So I made myself calm before I went on and just did it.  Later I got nervous after it was over like, Wow, did we just do that? From where we were on the stage, we could not see the Led Zeppelin guys up in the boxes or the President that well. So I didn't know that they had an emotional reaction to it until I saw it on YouTube later, like everyone else.

"I thought it was very sweet and our mission that day was to please and honor them. And I think that we did please them. So mission accomplished, you know!"

Grammy.com: Obviously, you have a big anniversary coming up. Do you have plans for that?

Wilson: "Yes we do. I’m not at liberty to say exactly what they are yet because it’s such early days, but sure. It will be next year. And we’re doing a thing. Definitely. We’re still formulating it now."

Read the extensive interview at Grammy.com.