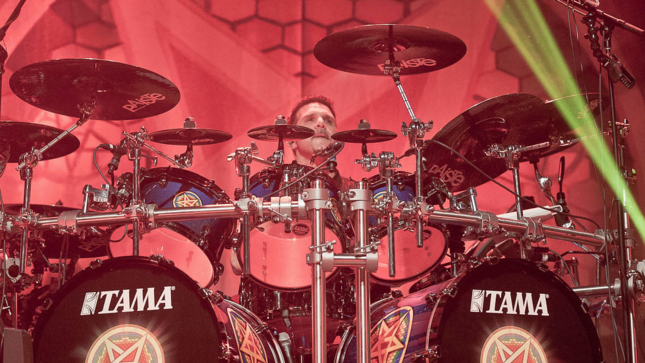 Celebrating their 40th anniversary plus one (due to COVID of course), we caught up with legendary Anthrax drummer (and guitarist) Charlie Benante for a BraveWords' Streaming For Vengeance chat that will air later today (Saturday, July 9th) at 3:33 PM EST on the BraveWords Facebook page or the BraveWords YouTube channel. Anthrax are about to release the Livestream concert, Anthrax XL, which marks the anniversary moment. The release will be available in North America on Blu-Ray / CD / Digital on July 15 (Megaforce), and will have a European digital release on July 15 (Nuclear Blast), followed by a Blu-Ray release later this year.

Longtime fan “Metal” Tim Henderson covered a bunch of topics with Charlie including the band’s storied 40-year history, his need for speed and of course plenty of talk about his idols including Rush and the late Neil Peart. Here is an excerpt: 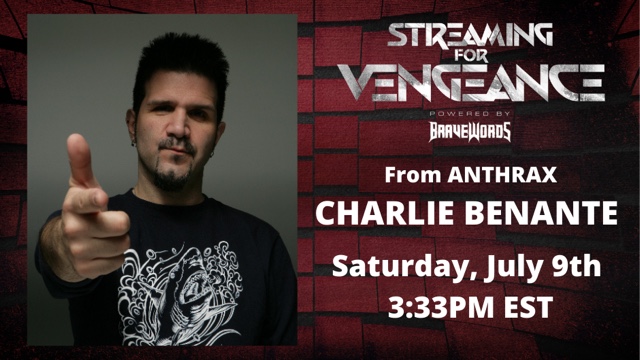 BraveWords: How would you rank yourself out of ten as a drummer and as a guitar player?

Benante: "I feel like drumming, I'm always learning. I'm always learning, that's the thing. I'll go and scroll through like Instagram and I'll see this dude come up and play something where I'm like, 'I would have never thought of that, that's fucking cool', and bam! Inspired me. As a guitar player, I wish I was a better lead guitar player, because rhythm-wise I'm a drummer so I'm very  rhythmic when it comes to the riffs and stuff like that, but as a lead player, I wish I was Michael Schenker."

BraveWords: Wow. I love that quote. I'll bring up Neil again because I know you love him. He always said he built the Rush parts so hard so that it would continue to be interesting on the road every night. How cool and forward-thinking was that?

Benante: "It's the greatest thing because what he did for other drummers, he would show that it's not all about the singer or the guitar player, it's also about that guy in the back right there, that people are taking notice to. I mean, let's face it, between Neil and Phil Collins, they invented air drumming. There's no way that you can sit and watch Rush and not, when that part comes up, you can't help doing the fills. I mean, at a Rush show, you'll see a lot of drummers just doing the fills. But Neil did so much for drumming, and I think a lot of other drummers understand and appreciate him for that."

BraveWords: What do you think is the hardest Rush song to drum, and is there a drum part that you can't figure out?

Benante: "There's - I think one of the most, the hardest songs to play, and it's not because the parts are difficult, it's just that there's so many, is Natural Science. It has different movements in the song, and Neil's playing and the fills that he chose for that song, ah, they're just perfect. It ends with such a great tom roll [mimics roll] - it's just perfect Neil. So, I would say Natural Science is one of the songs that I think is the hardest to play."

BraveWords: And is there one you can't play?

Benante: "Um, ‘Different Strings’? (Laughs) No, I can. I love that song. His playing in that is awesome. I think I can play all the Rush songs, but of course you had to sit down and it was 'What was that little piece right there?'. ‘Freewill’ is another one, that middle section is a monster."

For more information about Streaming For Vengeance, visit this location. 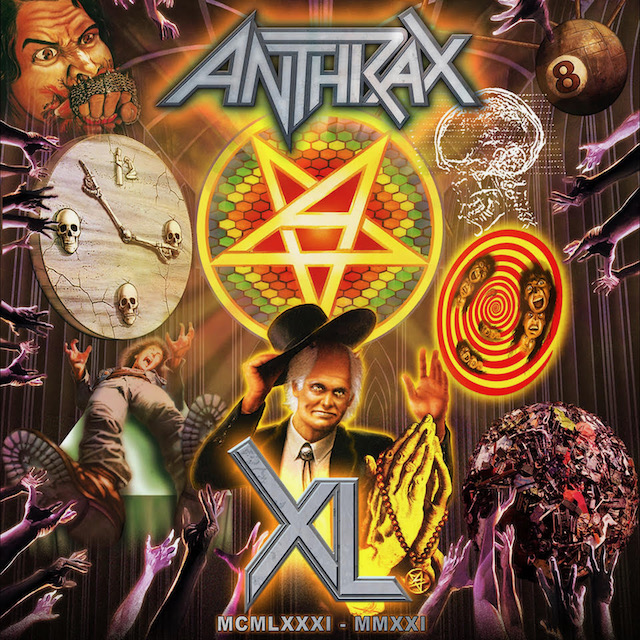 "The Devil You Know" live video:

Anthrax celebrated its 40th-anniversary last year, July 18, 2021, but due to COVID, had to cancel its global touring plans, scheduled for the band to celebrate its milestone with their fans all around the world. While the band is about six months into its 41st year, the band - Joey Belladonna, Scott Ian, Frank Bello, Charlie Benante, and guitarist Jon Donais are due to finally head out on that global anniversary tour. In late July, Anthrax will kick off its 26-date co-headline North American tour with Black Label Society and joined by Hatebreed, and then heads to the UK and Europe in late September to headline a five-week run. Tickets and VIP packages can be purchased at anthrax.com.