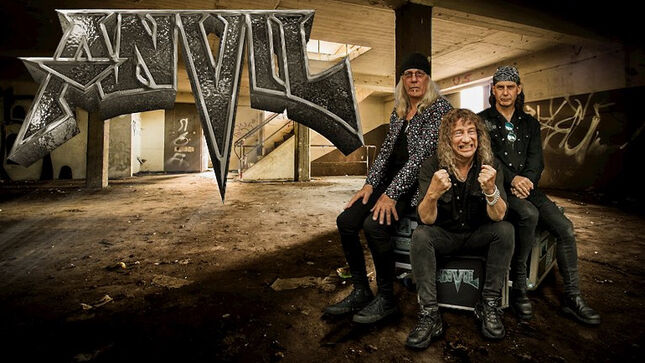 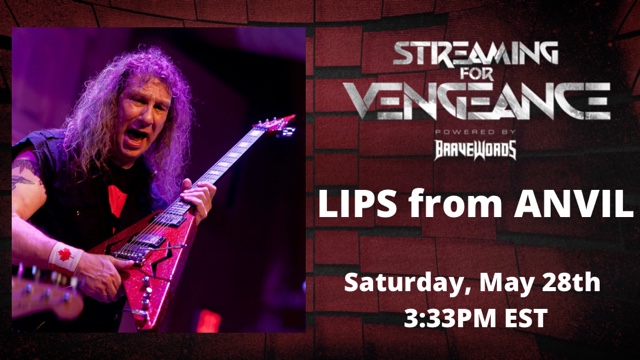 The trio - rounded off by longtime drummer Robb Reiner and bassist Chris "Christ" Robinson - released their 19th album, Impact Is Imminent, last week and the response around the world has been extremely positive as the band gears up for a major US tour this month. People are hungry for metal. Hungry for Anvil. And band that have been living by the motto - if it ain’t broke, don’t fix it - for decades. Just like the musical forces of AC/DC and Motörhead. 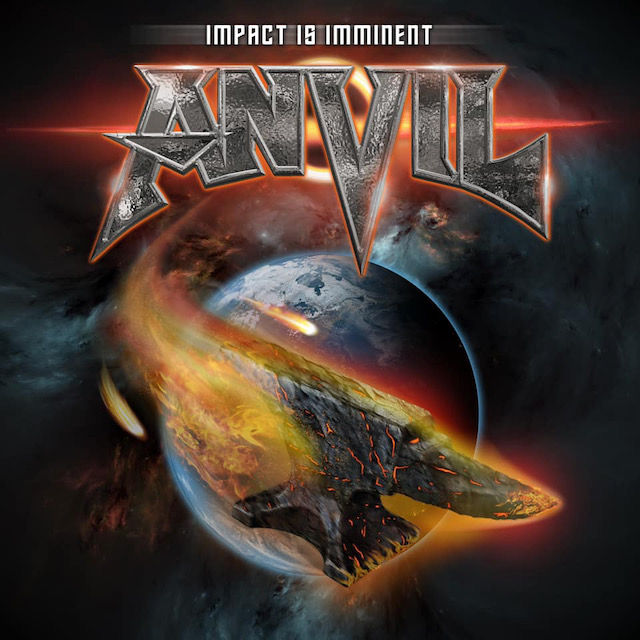 “You're not really conscious of it,” Lips agrees with the name of their 2016 album, Anvil Is Anvil. End of story. “It's like, are you really conscious of your face? Other than when you're looking at it. Are you really that conscious of, "Well, I look like this today, maybe I better walk around like this all day', you know what I mean? You don't really think that way. So when you ask me something like that, you're not consciously thinking, 'I'm going to write a song that sounds like Anvil', I don't think about it that way, I just continue writing. You don't think about your voice, you don't change your voice sound, that's the way it sounds. Like, I saw someone said, 'Lips doesn't sing the same anymore', and I'm going 'What the fuck are you talking about?' I sing the old songs and it sounds identical to the way it did then. What the fuck are you saying? It doesn't make sense. It's complete nonsense. I am who I am and I do what I do, and it's not like it's fucking contrived, or I am pushed to do that, it's just what it is naturally. You don't go to Van Gogh and say, hey he changed his art style and now he's painting like Rubens. It never happened, it's not going to happen. He's not thinking, 'I'm painting like THE Van Gogh', he wasn't thinking like that, he's just painting. That's how he paints, that's how I write music, that's what I do. That's how I sing, that's how I put my songs together, I can't help it. I'm not doing it on purpose because that's how I do it. So, you're not doing it with the idea that you're doing it and attempting to sound the same, that's not what you're doing., In actual fact, the real truth is, you're not really the same. Anybody who gets to know the music well enough can totally - there are differences all the time. Some of the biggest complaints to audiences is the varieties of songs that we put on albums, as Anvil. Never mind that each album sounds similar to each other, the songs don't. Come on man, ‘Fire Rain’ is not the same song as ‘Wizard's Wand’, they can't be, they couldn't be more different as far as songs are concerned. Different feel, different texture, different key - I mean, how much more different can you get from one song to the other? But, there's an overall similarity to the album before, and the album before that, because it's all the same writer. Like I can show you that there's 10 or 15 different Van Gogh paintings of sunflowers, and every one of them is fucking different. But if you don't look at them, you think your'e looking at the same painting every time. But as soon as you start looking and seeing, look the them rather than just look at one at a time, you start realizing that every one of them is different, very different. Not just a little different, very different. It's just that on the facade, the outside, has a similarity and a familiarity to it. That's what it is. And that's the same thing with AC/DC, come on, let's face it, ‘Highway To Hell’ is not the same song as ‘Hell's Bells’, it's two different songs, I don't give a fuck what anyone says. They're two different songs. ‘You Shook Me All Night Long’ is not ‘Hell's Bells’, okay? They're all different songs, but yes, they're all AC/DC. Yeah. And Motörhead, is ‘Sacrifice’ really the same thing as ‘Ace Of Spades’? You can tell they're the same band, but completely different songs. Come on, Civil War is not Sacrifice, right? Come on man, you can tell it's Motörhead but it's two different songs. The criticism - the heavy metal audience is like a bipolar retard sometimes, I don't fucking get it. It's like, 'Hey man, these guys are not successful because they didn't sell a million records', but then when they do, you turn into fucking Nickelback, and it's like, 'You guys suck because you sold a million records.' Like, what the fuck? That doesn't make sense! 'They're not successful, they didn't sell a million records', but what, Motörhead wasn't successful? They never sold like Scorpions or Iron Maiden, but does that make them unsuccessful? They were one of the most toured and seen bands in the fucking world! What do you mean, unsuccessful? If you understand where I’m going with it, does all their music sound the same? No, not to the people who buy all their records, they don't, but to an outsider...and you can say Van Gogh's paintings are all the same - they're not, even when they're the same subject. It's the same thing when you talk about music, thats' the way I look at it."

You can watch/listen to Lips this Saturday, May 28th at 3:33 PM EST on the BraveWords Facebook page or the BraveWords YouTube channel. For more information about Streaming For Vengeance, visit this location.