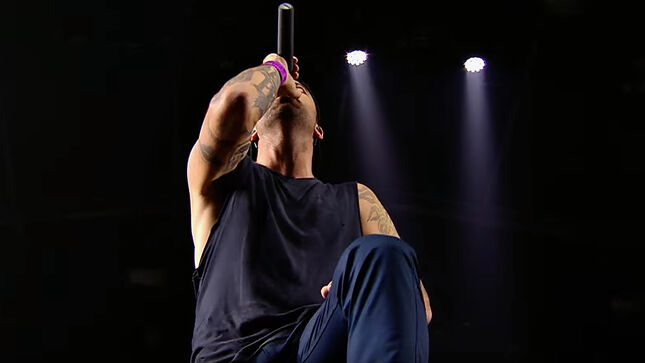 Apocalyptica  partnered up with some of the biggest names in rock music to deliver their new single, “I’ll Get Through It”. The song, written for the band by American award-winning songwriter Diane Warren, features Franky Perez – guest vocalist in Apocalyptica’s 2015 record Shadowmaker – as well as Geezer Butler of Black Sabbath on bass guitar. The track can be found on all digital streaming platforms. Buy/stream here, and watch the official music video below. 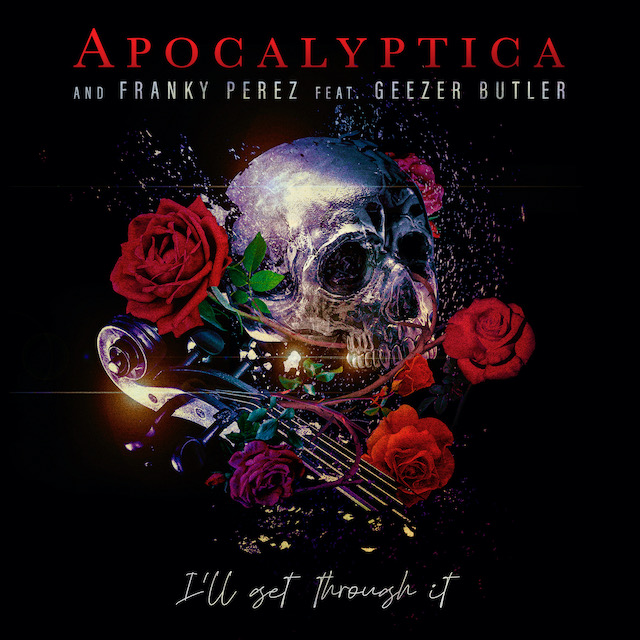 The song was born out of a visit Geezer & Franky paid to their friend Diane, who had already written the track “Not Strong Enough” for Apocalyptica, included in their 2010 record 7th Symphony. “Franky & I were visiting my friend, Diane Warren, at her studio. She played us this song, saying that she thought it would work well with Frankie’s voice. He gave it a try on the spot. We loved it. Franky then suggested sending it to Apocalyptica. They loved it, and the rest is history,” comments Geezer.

Franky Perez shares the same feeling of enthusiasm upon hearing the track for the first time – “I knew this song was special from the moment Diane Warren played it for Geezer and me. So much so, that I framed the lyrics from the session the very next day. They have been hanging on my wall ever since. This song speaks to me lyrically which made for an honest performance. Musically, there is no better collaboration than Geezer and Apocalyptica to do the song the justice it deserves. I feel very fortunate to be a part of it.”

“I’ll Get Through It” marks the first collaboration between Apocalyptica and Franky Perez since he sang on Shadowmaker, which adds to the excitement for the members of Apocalyptica, according to Perttu Kivilaakso: “We are more than thrilled working with our great and talented friend Franky Perez again! It’s been a while since our previous collaborations in Shadowmaker- album and tour, and we are also highly awaiting for getting back on road with him this April all across the States!”

Perttu also adds, about the song – “’I’ll Get Through It’ – is a meaningful and beautiful song by an incredible songwriter Diane Warren, with whom we’ve also had the pleasure of working with before. We can’t wait for you to hear the final result… falling in love again with Franky’s sensual performance, Geezer’s earthshakingly powerful bass, and our wistfully haunting cellos, among the inevitable presence of all the rhythms and groove!”

“We hope you’ll enjoy the track as much as we do! Gonna be a blast performing it also live!”

Apocalyptica will return to North America in September with direct support from Leprous, and opening act Wheel. 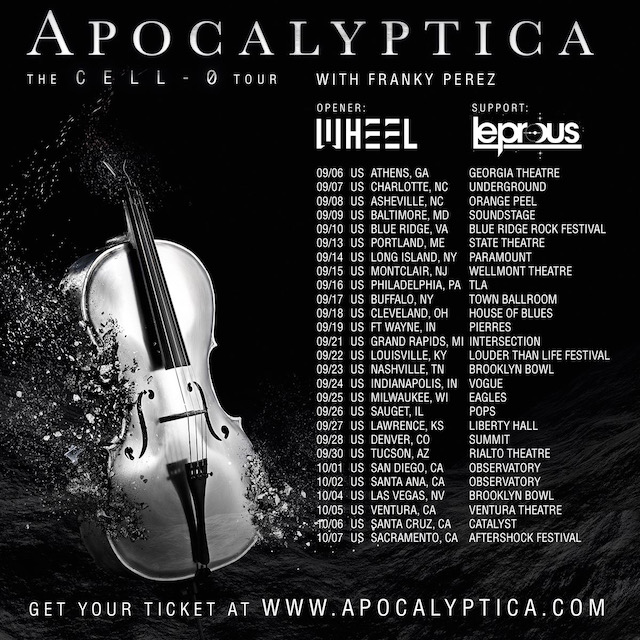